CrossFit Regional Workouts 2015: The Good, the Bad, and the Shoulders

In probably the most uninspired set of regional workouts yet, CrossFit has set up athletes for the shoulder ruination of the century.

– Me, paraphrasing Back to the Future

In probably the most uninspired set of regional workouts yet, CrossFit’s Dave Castro has seemingly set up the individual athletes for the shoulder ruination of the century – with, in this writer’s opinion, a little bit of reckless disingenuousness. More on that later. First, let’s look at the workouts.

The regional events this year, at least for individuals, appear to be aimed squarely at the shoulders. Now, in the interest of fairness, yes, these athletes train a ton of volume and this shouldn’t be that big of a deal. In addition, you have to use your arms to do CrossFit, which are attached by way of your shoulders. Ergo, it stands that nearly everything one does is going to involve the shoulders. That said, the shoulder-threat scale is a solid “8.1” 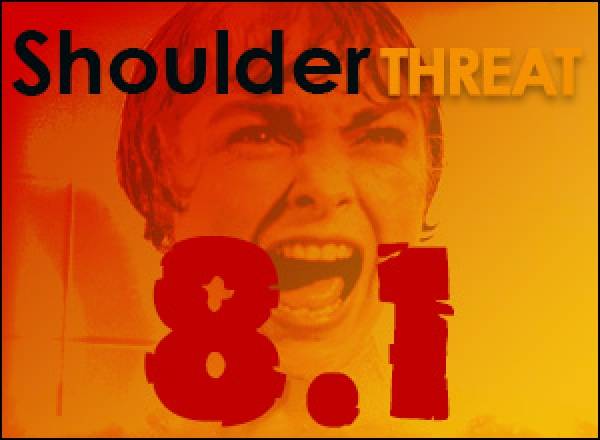 Here’s a quick breakdown with my wholly unscientific analysis and shoulder-threat level.

This tests nothing more than gut-check ability and posterior-deltoid muscle endurance. Zero skill, zero strength, and zero strategy are tested. When doing this workout, it’s not a snatch, but rather a wide-grip kettlebell swing. Judging will be a virtual nightmare as judges are reduced to nothing more than counters, as the speed with which these reps are being executed will make it virtually impossible for all but the most elite judges to spot and call a no-rep. This is a poor choice for a regional-level test.

I like this test overall. It’s a good balance of a push (thrusters) and a pull (rope climbs) and will demand strategy, skill, and preservation of fuel. Those who try to go all-out will be burned, but those who find just the right pace on thrusters and proper turnover rate on the rope climbs will be rewarded. Heavier-than-normal thrusters following “Randy” is, on its own, not horrible, but think of it like taking money out of the bank – there is a cumulative effect on the shoulders that is about to get much, much worse. 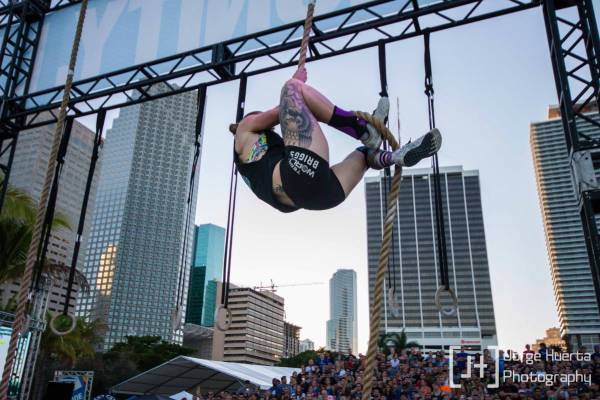 This test is kitchen-sink and lacks any real logic. Now, I have no heartburn about the requirement of running on the treadmill. It’s just a simulated run, like rowing on the erg is a simulated row on water. And the TrueForm treadmill is human-powered, so it’s a fine equalizer. But the workout itself is a high-volume mess of shoulder-crushing, rhabdo-inducing menace.

Don’t get me wrong, sumo deadlift high pulls suck. We did them in the masters Games in 2013 with an 88lb kettlebell. But here’s a pro tip for the programmers: everything sucks. Give me 20 bar muscle ups here, 30 hang cleans, hell, 50 Russian kettlebell swings with a really heavy bell. But this workout is just embarrassing. This is basically a volume test that requires very little other than a pacing strategy.

I actually like this test because it tests skill. This particular skill (or lack of) brought down Sam Briggs and Stacey Tovar, as well as other Games hopefuls like Danielle Sidell and others in 2014. It has become a staple test in the CrossFit world, and just like a deadlift ladder tests strength, this tests skill.

Unfortunately, it’s coming on the heels of three previous shoulder massacres so the central nervous system (CNS) fatigue and its resultant impact on the ability of the muscle fibers in the shoulder to continue to work efficiently for 250 feet is suspect.

Bank account at 40%. Many athletes seen walking around with ice bags attached to upper torso. Airrosti rehab workers ask athletes to “come back later” due to crowding. 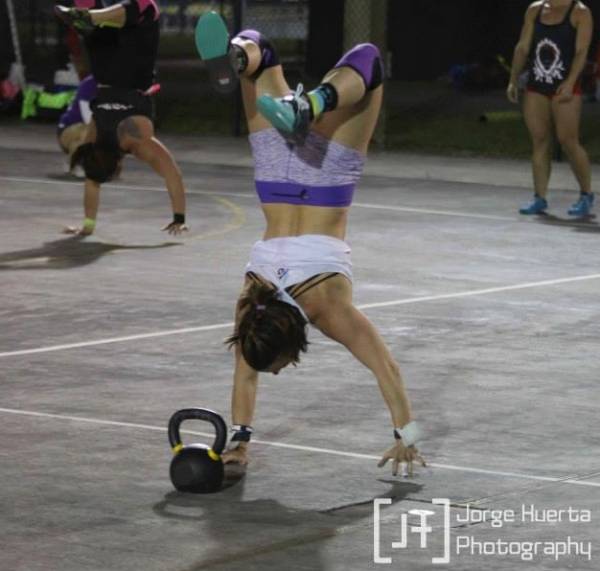 Each athlete will have two 20-second windows to attempt the lift with 80 seconds rest between.

Here’s where things get interesting. When I wrote this piece about Kevin Ogar’s accident and CFHQ’s demand to see the video of said accident, it was to challenge the claim that HQ’s goal desire was to provide injury-prevention education with regard to CrossFit competitions and wholly imitative derivations.

Despite that claim, CrossFit has not only done nothing in terms of competition injury-prevention education, but they have now programmed the snatch in almost exactly the same way that the OC Throwdown organizers did in 2014 when Ogar was injured – put a max snatch event at the end of day two when nervous system fatigue is high and the shoulders are toast. Moreover, it’s literally part two, coming on the heels of the handstand walk. A max snatch in a highly fatigued, likely CNS-fatigued state. Sounds very much like the thing they were criticizing to begin with, or claiming they were bent on avoiding.

5 rounds for time of:

As a standalone piece, I like this. Rowing calories sets you up for lactic build-up followed by a push-pull series. It is not a ton of volume, so it should be fairly fast. The deciding factor here will be the handstand push ups. Because they are strict and at a deficit (not a big one, but a deficit nonetheless) athletes who have been working this particular movement will be rewarded.

But again, your shoulders are taking a major beating here between the pull ups and the handstand push ups. This would have been a much better test had the chest-to-bar pull ups been replaced with some variation of the squat. There is almost no squatting in this year’s regionals as compared to upper-body pulling and pushing.

Shoulder bank at 20%. Airrosti tape covers 90% of athletes’ delt, trap, and rhomboid regions now. Two orthopedic surgeons seen high-fiving each other in the stands after every heat. 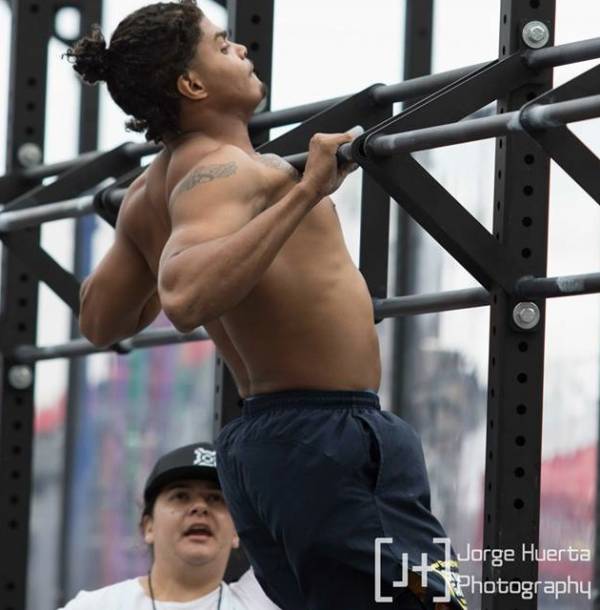 This is reminiscent of the master’s final event from 2014, which was a 100m sprint, 4 burpee-muscle ups, and 5 power snatches. It was literally a balls-to-the-wall sprint. I was able to finish that workout in 92 seconds. This workout will be even shorter – we may actually see a sub-1:00 time on this from some elite athletes.

While I think it’s a solid event overall, it could have been even a bit more inspired has this been a five-rep hang clean for each of the bars. That would have been a separator – or, better yet, an equalizer – because those bodyweight superstars who pound out the muscle ups unbroken might get stuck on a five-rep scheme where there is a bit more of a need for a battery charge between bars. As it is guys like Vinny Casey from the Atlantic region or Courtney Walker from the California region will bang those muscle ups out in thirty seconds and move through the bars like a knife through butter.

The bank account will run dry for some athletes on this final workout. Surgeries will be scheduled for July through August with a hope for the athletes to begin training again in October for the 2016 Open.