Since the dawn of man, speed has been highly sought after. Whether it involved a hunter taking down a wildebeest, man outmaneuvering the enemy on the battlefield, or an athlete burning up the turf against an opponent, speed has had many faces.

There is no question that all of these scenarios demand the quality of speed. Speed is a physical characteristic that excites us. It makes us stand up and cheer, it saves lives, and it is something man is always working to improve in one form or another.

The Definition of Speed

In looking at building on athletic speed, we first must recognize what methods are most efficient in developing it in the first place. In order to do this, we need to understand the definition of speed. Speed involves increasing the rate at which an athlete can perform a certain task.

RELATED: How to Get a Faster Punch

Strength Is the Foundation of Speed

Strength is at the foundation of building speed. The more efficient we are at building strength and mastering control of the body, the better we will be at escalating skillful movement. Once an athlete is able to perform a task with greater ability, he or she can then do so at a faster rate. This is the definition of power. Power can be referred to as strength speed.

Now, I understand that certain lifts, movements, and drills can be performed at a faster rate in order to produce power output. But none of this can be done without the athlete first having built a foundation of strength in order to perform the most elementary exercises relating to strength. In other words, a novice needs to master the ability to properly perform movements such as push ups, squats, and dead-hang pull ups before trying to grab a bar to perform clean and jerks

“The more efficient we are at building strength and mastering control of the body, the better we will be at escalating skillful movement.”

Additionally, strength is a necessary component and a key mechanism in helping an athlete obtain the specific speed elements of acceleration, deceleration, and lateral speed, as well as the ability to hit an efficient sprinting stride for linear speed during competitive athletic performance. Otherwise, a weak athlete may try to make a cut or abruptly stop on the field of play and fold up like a tent.

There are four types of speed that any versatile athlete must develop in order to be competitive:

Developing these different types of speed depends on a number of variables. But all these types of speed stem from the initial foundation of strength. Keep in mind this is only accomplished by placing proper stress on the body and subsequently producing specificity of a certain type of power output to foster the development of speed as it relates to these four given elements.

RELATED: The 7 Laws of Training According to Dr. Fred Hatfield

Plyometrics are exercises that produce short-burst, rapid muscular contractions. Jumping, skipping, and bounding are examples. The degrees of these drills can be varied in order to produce desired intensity and outcome.

The goal with plyometrics is to initiate the SSC (stretch shortening cycle) of the muscle and soft tissue in order to unleash the potential energy of the muscle for the desired physical outcome. As it relates to the four elements of speed, this is a valuable thing that allows us to acquire the trait of speed and multidirectional speed at a much faster rate. No pun intended!

Additionally, plyometrics condition the body to perform speed movements more efficiently, while also helping the body adapt to physical stress in order to become more resistant to injury. In a nutshell, if we are unconditioned to doing things quickly, then we may get hurt. 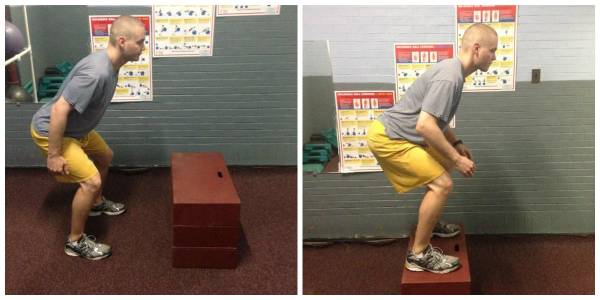 When talking about true speed training, we want to force the body to work to move as quickly as possible. This may seem like an obvious application, but it’s not uncommon for coaches to get confused when attempting to apply this concept within a so-called speed-training model.

“When talking about true speed training, we want to force the body to work to move as quickly as possible.”

Scenario #1 makes for a pretty cool strength drill, but not such a good speed drill. With the trainee digging in and having to gradually muscle his or her way down the running lane, he or she is not producing any rapid movement specific for speed production due to the additional weight of the sled. Additionally, the SSC is not being initiated for the much needed production of power.

Remember, we defined speed as being able to increase the rate at which a task is being performed. Granted, you could argue the trainee is performing the heavy sled drags as quickly as he or she can. But the real question is, “Is he or she producing speed?” True resisted speed training is about the athlete being able to move the resistance with significant velocity. 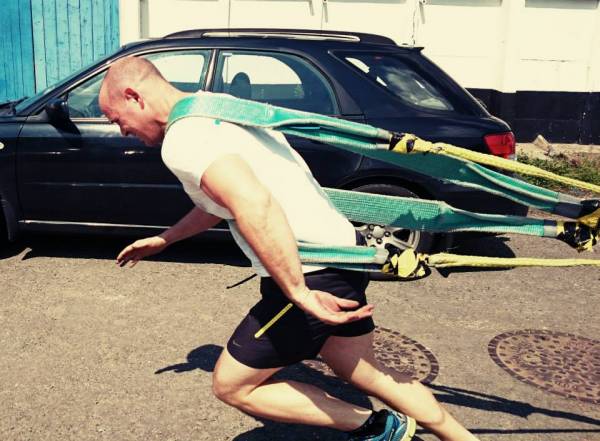 This assistance once again trains and stresses the body for the production of velocity. Assisted speed training can also aid in helping the athlete to accelerate and decelerate out of a stationary position, during movements involving the changing of direction, and with flat out being able to stop on a dime.

We can develop rapid velocity by properly applying the methods of resisted and assisted speed tactics. The important thing is that coaches should be able to recognize the purpose of these tactics within the overall speed-training strategy.

Unfortunately, many coaches misunderstand what constitutes true speed training. On top of the resisted speed example, another mistake coaches make is when they have their athletes perform sprints (without resistance or assistance) and call it speed training.

“Training for athletic purpose is a process of adaptation and should also be a specialized process based on the needs of the athlete and the sport.”

Sprinting does foster the development of power and the SSC is being initiated during this activity, but this is only the case up to a certain point. After the athlete is adapted to the act of sprinting, then additional sprinting without some level of specific physical manipulation (resistance or assistance) has more to do with speed conditioning rather than speed development.

Training for athletic purpose is a process of adaptation and should also be a specialized process based on the needs of the athlete and the sport. Speed development falls in line with this methodology, yet many fail to address the necessary prerequisite of strength. Instead, they prematurely implement and overemphasize various speed running, agility, and quickness drills without first addressing the needs of athletic efficiency. Speed has many faces, but it’s our job as coaches to recognize them and to match their identities to our athletes in order to achieve optimal performance.

Brandon Richey has been in the strength and fitness business for over thirteen years. He’s a Certified Strength and Conditioning Specialist certified through the NSCA and has worked with an array of serious fitness personnel and athletes, from the age of ten all the way up to Division I and the professional level. He’s worked with athlete in a variety of sports, ranging from football, baseball, basketball, soccer, golf, rugby, and the now popular sport of MMA.

Brandon has accumulated work experience under the helm of hall of fame strength coach Dave Van Halanger in assisting with the strength and conditioning program for the UGA football team. Over the years, he’s been able to construct a comprehensive strength and conditioning program that would be beneficial for most any life situation or sport. He has an extensive background in athletic performance development (speed, agility, power) along with a disciplined self-study of kettlebells over the past six years.

Brandon has always been the crazy guy who enjoyed burning off energy by hitting and lifting stuff, which is why he’s a practitioner of muay Thai, as well as always trying to further his own personal development of strength and power. Brandon is a regular blogger, author, and lifter of heavy stuff! He’s a die hard DAWG and huge James Bond fan, so if you want to talk movies he can certainly do that too. Brandon lives by the credo: “Most anyone can train hard, but only the best train smart!”