2 Effective Methods of Getting Your Lifts Off the Ground

Is the consistency of the “get set” method better? Or the risk and reward of the “dive” method? 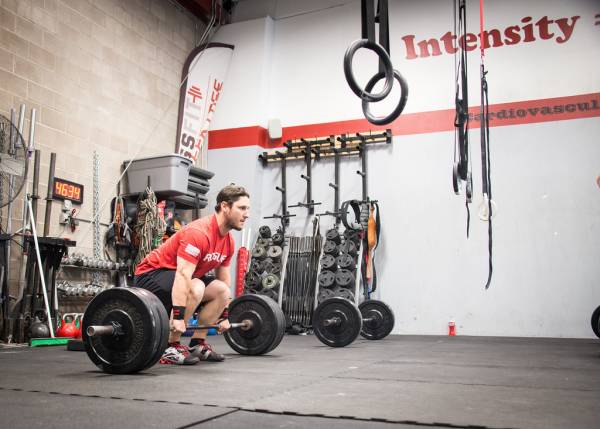 One aspect of weightlifting technique seldom discussed in any detail is the starting position. Most specifically, how to get into that starting position and how quickly the bar is separated from the platform.

The Static Start or “Get Set” Method

With regard to the latter there are two distinct ways of starting the bar off the platform, the “get set” method and the “dive” method. To get set is most common method and is also known as the static start. With this method you set your grip on the bar, collect your thoughts, and then slowly start the bar on its way. This is how most lifters begin their lifts and is recommended for novices especially. It works well if you need a lot of psyching right before the lift-off.

One disadvantage of the static start is that some lifters have enough time to psyche themselves out before the lift is even begun. I remember one lifter who would spend forever in the start position, endlessly charging, hyperventilating, deflating, and then starting all over again. More than once he timed out with these maneuvers. (Note: This was back we had two minutes to make every lift. Today, with the time shortened to one minute, I would expect this lifter would’ve never gotten a complete lift in competition.)

The Dynamic Start or Dive Method

By contrast you can use the dive method, also known as the dynamic start method. In this method, your joints do a lot more moving around before your body finally finds the proper position for separating the bar from the floor. Then, the bar is immediately lifted.

They main advantage of the dive method is that while you are maneuvering into position, you are able to get your legs tensed to obtain something of a stretch reflex at the very bottom of your pull. It’s not as good a stretch as you would get in doing a squat or even with a floor-banging set of deadlifts. But it is still much better than a completely relaxed set of legs beginning the pull.

With the dive method you have the potential for a better first pull and, if all goes well, a better second pull, too. The trouble is, if things don’t work out well the entire lift may be compromised. Like many things in life with a greater potential, this approach also has a wider standard deviation in its final performance. Risk and reward always work against one another.

The Disadvantages of the Dynamic Start

The biggest disadvantage is a lack of consistency in body position at the moment of separation. For lifters who like this method, they are often never in the same position twice when they start their pull. That is why this is not a recommended method for novice lifters. In order to make this method work you have to be consistent and confident in your technique.

Another problem with the dynamic start is that some athletes have inefficient ways to get into the starting position. A lot of lifters seem to think that if they get the bar rolling along the platform and then impart a quick ninety-degree change to it that it will somehow serve as momentum as it goes into the vertical phase. This is a lot like the old Walt Disney cartoons where they utilized a concept known as “the plausible impossible.”

What is meant by that was illustrated by Mickey Mouse climbing a pole. He would climb up it so fast that that when he came to the end of the pole he still had enough momentum to keep on climbing higher even in mid-air. It sort of seems possible, but of course, it’s actually impossible. The same holds true with trying to roll the bar before its pull is started. It just doesn’t work. If you do this try to break yourself of that habit.

How to Get Into Position for a Lift

Regardless of the type of lift-off you use, you still have two choices when it comes to finally getting into position. We can refer to these two choices by the exercises they resemble.

The first one is what I call the stiff-legged deadlift start. With this method you set your grip and set your feet to start. Meanwhile your hips are up in the air and your legs are nearly straight. Once you are sure of your grounding (i.e., your feet-to-platform and hand-to-bar contact points), then you get yourself down into your desired starting positioning. You can use this entrance system with either static or dynamic separation methods.

Other lifters prefer to start with the full squat method. Here you simply walk up to the bar and drop yourself into a full squat. Then you work on your grip and your foot position. Once you’re sure of those, you put your legs back into the proper angles. Then pull, using either a static or dynamic separation. Lifters using this method often get in the habit of rolling the bar back for their start. Those who do this often are the ones who get the idea that this rolling-start-ninety-degree change of direction might actually be helpful.

Which Way Should You Set Up and Start?

Apart from minor considerations, it really doesn’t matter which start you prefer. In fact it does boil down to personal preference. That said it may not even need personal preference. Often, whatever method a lifter used in his first day of training is what he stays with the rest of his career. Any attempts to change just don’t feel right. 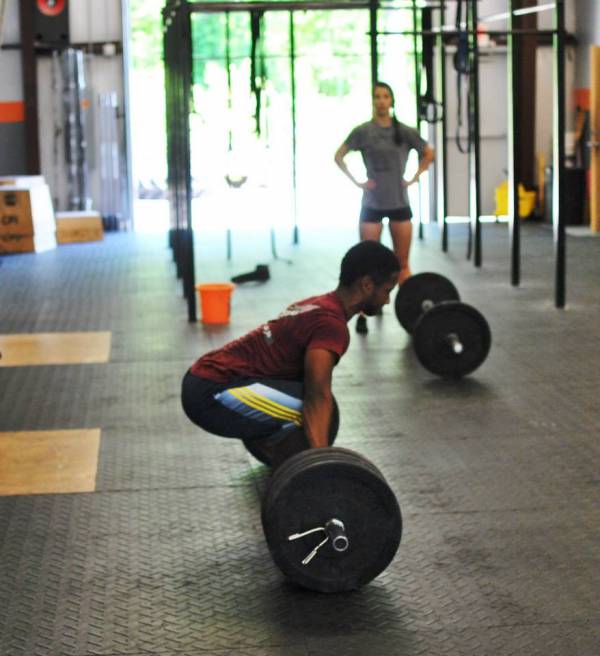 This phenomenon is not limited to the start of the lift. For example, in the clean and jerk, most lifters put their non-dominant leg forward and their dominant one backward. That just seems natural to most people. However, I know one American national level lifter who jerks with his dominant leg forward. When we pointed this out to him, he was quite surprised as he had never even imagined doing his jerk any other way. That’s how he did it in his first workout and he never saw any reason to change.

As with everything else, moderation seems to be the watchword here. The get-set method offers a better starting position, but you can have too much of a good thing. The result is either a psych-out or a time-out. If you use the dive, then greater poundage potential is possible, but certainly not guaranteed if your technique is not stable. Because of this, lifters learn to try to find the best worlds and aim for a technique somewhere between the two.