The clean ends with the bar racked on your shoulders, whereas the jerk starts from there. Even so, many lifters find the need to readjust the position of their rack. Why is this?

Last week my article on the clean grip width drew a comment from an old teammate of mine, Mark Gomes. (At my age all former teammates are old.) Mark and I go back to the 1971 Canada Games where we were coached by his brother Malcolm, who was Alberta’s first successful exponent of the squat style snatch. In his reply to my article, Mark hinted that perhaps I could expand a bit on the clean rack versus the jerk rack position and why the difference is so important. Since I was wondering what to write about this week I figured his suggestion could solve my problem.

Mark’s query implies the rack position for the clean and for the jerk may not necessarily be the same even though they are both performed as part of the clean and jerk event. Lifters always want to have the most efficient positioning possible. Sometimes this means changing position slightly in the middle of a lift. This is especially true for the clean and jerk. The clean ends with the bar being racked on your shoulders, whereas the jerk starts from there. Even so, many lifters find the need to readjust the position of their rack. Why is this so?

Let’s start with the squat clean. I guess that makes sense, since we do the clean and jerk – not the jerk and clean. Standard coaching advice is to get the elbows high in the racking of the clean and that advice is correct. High elbows cause the bar to be racked further back on your deltoids in a more solid position. In addition to that, when doing the squat clean if your elbows are not high you will likely touch them or your upper arms to your thighs. In competition this will get you red lighted.

Some athletes don’t like this elbow rule. Instead they wish that any way you get the bar up should be acceptable. But there are good reasons for insisting on no knee touches. The best one is that if knee touches were allowed then lifters would try to save a lot more questionable lifts. This could result in the jamming of the lifters arms against his legs with a heavy weight overtop, resulting in broken wrists or perhaps a bar falling on the knees if the lifter can not hold it. In any case, it is quite difficult to hold a jerk in the rack position as you climb out of your squat position and become erect. If it’s not solidly racked, you stand a good chance of losing the bar. 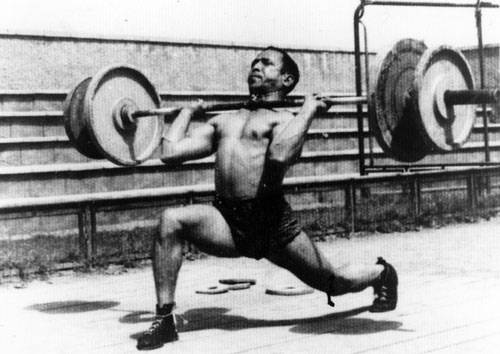 (By the way, in the old days, the split clean specialists often caught the bar with lower elbows than their squat clean brethren. This was less stable but they did not have to worry about their elbows hitting their thighs.)

The situation is not always the same when using the power clean. Due to the fact the bar is lifted well past your waist, it is possible to finish a power clean with the arms almost vertical. There are a lot of things wrong with this method. The main one is its lack of stability. The bar is often held with wrist power while the weight is bearing down on those wrists. At the same time, with vertical arms it wouldn’t take much disturbance to get your wrists and hands forward so that the lift would be lost. Even more fundamental to this is that such a clean finish is only really possible with a large reverse curling movement. The power clean is not a curl, just like it’s not an upright row. Most of the work is done with your legs and you only use the arms to turn the bar and jump under it to catch it. 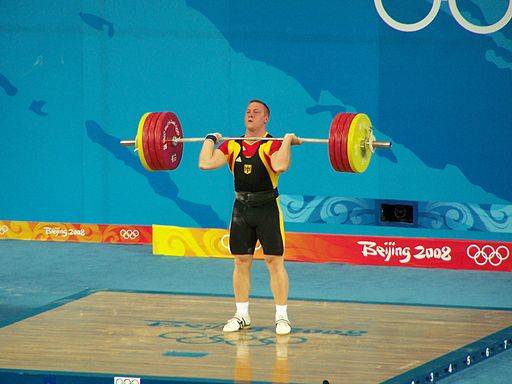 Now we come to the jerk. Here we have more options. Some lifters will start their jerk dip with their elbows high and the bar well racked. Others start the jerk with lower elbows to some degree and drive their jerk from that position. And of course, you have people everywhere in between. Why?

Much of this depends on the relative lengths of the lower and upper arm bones as well as the flexibility of the associated joints. The longer the radius and ulna are compared to the humorous, the more difficult it will be to rack the bar in a high position. In that case you will just have to lower the elbows some. Those with a shorter lower arm can rack in a much better position so they won’t have to hold the bar against the throat.

For those who lower their elbows, there is a greater tendency to press the bar as one drives of the dip. High elbow positions make pressing more difficult so the jerk must rely on leg power. It is wise to remember that those lifters who must jerk with leg power, as opposed to having some extra pressing power they can use in a pinch, generally have greater success with their jerks. These lifters must rely on the proper jerk technique or else the lift is not made. Those who try to press a little bit are less reliable.

Those lifters with poor flexibility in the arm joints will have little choice but to try and jerk the bar from a lower elbow position. The same lifters might have difficulty then with the squat clean, so they will often have to either power clean or split clean. This is frequently the case in older master lifters who have lost flexibility for a variety of reasons.

One thing you do not want to do is change your elbow position during the dip. If that happens you stand a good chance of dropping the bar right off your chest. Again this happens a lot with lifters who are unconsciously trying to press the bar during the jerk. They are trying to get a stretch reflex action in their shoulders as they are making their dip. This might work with weights you could overhead press, but with a limit jerk you will most likely not have the strength to even attempt this. It is perhaps a natural tendency in many, but it is not a productive one.

How to Adjust the Rack 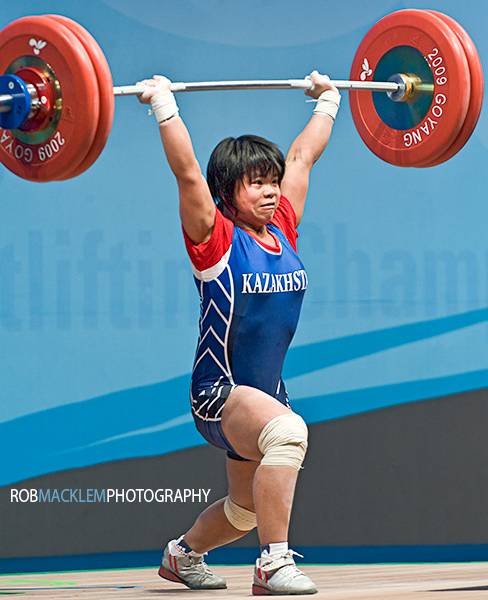 If a lifter does have to make a transition between his clean rack and his jerk rack, some care is needed. It is hard to change the angle of your arms while the bar is still in your hands and sitting on your deltoids. Attempting this sort of adjustment usually sees the bar falling off the chest, as the hands do a lot in keeping it in position.

The best way to adjust is to do a short dip, not one that looks like you’re starting your jerk, drive the weight off your chest a wee bit, and then change your arm angle as you recapture the bar. Hopefully the bar will be in the right position and you can begin your jerk in your desired fashion. For those of you entering competition, be aware the old boys in blue will be watching for any sneaky upward movement of the bar during this repositioning. This is called a “dirty clean” and is against the rules. You must jerk the bar from where you cleaned it or from a lower position. You can move the bar down but not up.

So Mark, there you have it – dual rack positioning.

Photo 4 by Rob Macklem Victoria BC (Own work) [CC-BY-SA-3.0], via Wikimedia Commons.