GPP Forever: How to Avoid Accidental Specialization and Actually Get Fit

Personal training has become overtaken by all the “strength coaches” out there. Except do you know what beginners need? GPP – not SPP. 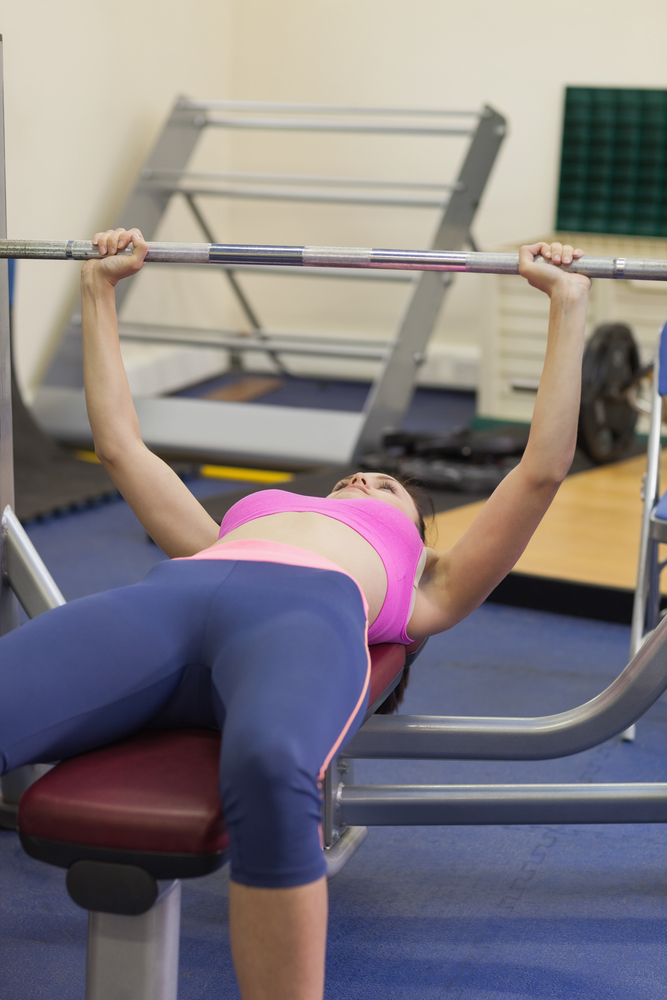 For people who haven’t yet figured it out, I am probably borderline for quite a few social disorders. I don’t deal well with crowds. I am almost completely unable not to tell people when they’re being idiots, too.

A few years ago when I was in a bad relationship, we went to get counseling. (As an aside: if you’re not married and you need counseling, then you may as well leave now.)

For people who haven’t yet figured it out, I am probably borderline for quite a few social disorders. I don’t deal well with crowds. I am almost completely unable not to tell people when they’re being idiots, too.

A few years ago when I was in a bad relationship, we went to get counseling. (As an aside: if you’re not married and you need counseling, then you may as well leave now.)

The biggest thing the counsellor said to me was that I needed to stop trying to fix everything in my life. I have a habit of wanting to fix things, to manage situations, and always trying to get the best possible outcome.

Only sometimes, things should be let to fall apart, and you can’t attach blame to yourself for that. It’s kind of like the circle of life – some animals get eaten, but the environment as a whole carries on because that is how the food chain works.

But sometimes, you get a situation, just like in The Lion King, where a usurper comes along and tries to get you to do something you don’t want to do.

The end result is misery and hardship despite doing your best to make everything fit just right. A classic example of this occurs in the gym with your training. We take a good idea like training to get stronger, and we make an unholy mess of it.

The Genesis of the Unholy Mess

This mess starts all the way back in the planning phases, as the person writing the program begins to steer away from the goal and head towards some other cloudy destination.

Let’s say that your goal is a typical gym goal of wanting to “tone up and lose some weight.” Part of reaching that goal should be strength training. We know that increasing strength has a positive effect on muscle tissue and therefore on our resting metabolic rate.

We know that tissue rebuilding post-strength training will help to burn calories. And we know that the training itself can burn just as many calories as doing some form of cardiovascular exercise.

But here is where it gets tricky. We start trying to make gaining strength the only goal. It’s an easy enough trap.

We see that gaining a little strength has been beneficial in helping to reshape our bodies and thus, we want to do more, and so we redouble our efforts to lift more.

When GPP Turns Into SPP

We’ll end up getting caught up in the numbers and trying to make them bigger. It’s a natural thing to do, especially if you’re a competitive person. This situation isn’t helped by all the tables you see floating around of people suggesting what common strength levels should be.

You’ll often see references to people being “beginners” until they hit a double bodyweight squat or deadlift. The resulting mistake people make is that they think if they’re advanced in one thing they automatically are at another as well.

This is related to one of the biggest differences I see between expert and novice coaches. One of the biggest mistakes I see new coaches making is analyzing everything to death as if talking more about it will make the trainee an expert.

If you’ve ever had the good fortune to be coached by one of the greats, you’ll see one thing clearly – there’s not a lot of talking going on. If you’re doing something right, you may not even hear from the coach for the entire session. If you screw up, well, things will be different. But for the most part great coaches don’t waste air on much.

In contrast, you’ll see an inexperienced coach worrying about whether he or she should tie his or her shoelaces with a left- or right-handed knot.

Or what kind of knee brace Klokov uses and where to buy it. You’ll see new coaches worry about these tiny details, but when it comes down to it, their clients won’t be improving.

How can they when they’re never allowed get reps in? The poor things, every time they step near a weight their head is filled with every single cue the novice coach can come up with.

And most of these cues will make no difference to someone who is training for GPP. If you bench press body weight for reps, do you really think it matters what Dave Tate says about bench press?

If you struggle to squat 100kg, do you think it matters what Louie Simmons says about chains and bands and where you place your DE versus RE versus ME days? Not in the least.

If your sport is competitive lifting, then these things will matter, but while you’re in the gym training for GPP, most of this won’t matter. Learn what safe form is and then lift. Get some reps in.

That’s the bottom line for GPP, and as a coach if you can’t get your clients there very quickly, then please retire now.

All that extra detail, all those tiny things you want to say to your client, just button up and keep them to yourself and let the animals lift. They’ll make way faster progress.

But then as they progress you’ll keep coming back to the same place – wanting to put them on a bench plan, or a squat plan, or some other plan. That starts heading in the wrong direction for many. That’s SPP. Most people do not and will never need SPP.

The extra time you spend on traveling that path could be better spent on developing better movement and mobility, increasing other physical skills such as basic tumbling and crawling patterns, or maybe even starting a new physical hobby like rock climbing.

Say No to Strength Coaches

Personal training has become overtaken by all the “strength coaches” out there. Except these coaches are dealing with clients who are still very much in that beginner range.

Do you know what beginners need? GPP. So are these people really strength coaches or are they GPP coaches? And isn’t part of GPP developing all physical skills to broaden the base of fitness possible? In fact, isn’t it an essential part?

The ultimate goal for the vast majority of people shouldn’t be to get really good at one thing, but to get good at many.

As I’ve said before: specialization is for insects. Keep the goal of broadening GPP and keep working at all aspects of fitness – without letting one distract you from another.