How Elite Endurance Athletes Got There (And How You Can Too)

Most of us will benefit far more from learning how the pros got to where they are, rather than what they do now. 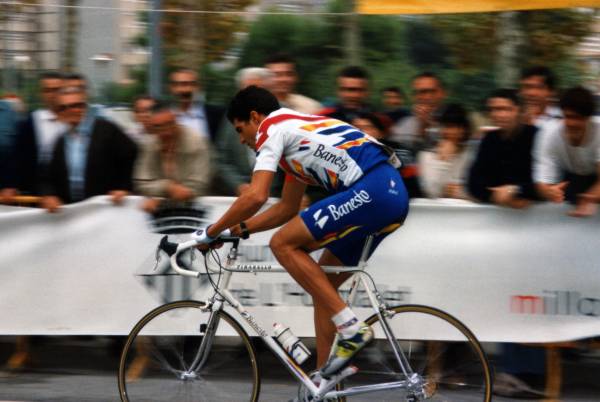 While I’m as amazed as everyone at what elite athletes are capable of, I’ve never been too interested in what they do for training. Sure, it can be eye-opening to see just what the human body can do, like the time I realized that an Ironman world champion spends as much time on his bike each week as my total training time – and then adds running, swimming, and strength work on top of that.

But what I’m interested in is what they did when they were beginners and intermediates, because that’s where the real magic is. Let’s be honest, most of us aren’t elite and we’ll benefit far more from knowing how the pros got to where they are now, rather than what they do now.

Speed Work Is the Icing on the Cake

Nowhere is this more obvious to me than when it comes to endurance training. There are few high-level endurance athletes these days who have a plan that looks like Miguel Indurain’s. His plan was so old school it had moss growing on it: five days per week ride five hours at an aerobic pace. On the sixth day, ride about half that, but hard.

That’s it, and it was good enough to win him five Tour de France titles. But when you look at elite cyclists now, you’ll see all kinds of tempo or threshold work, “efforts,” and all other kind of fancy terms that all amount to the same thing – do some higher intensity intervals.

Looking at that advice as a beginner, you’d be forgiven for thinking that base training should have no part in your plan and the majority of your miles should be spent focused on hard efforts. One of the major problems these elite athletes point to in many people’s training are the junk miles. In this sense, junk refers to mileage that is done without a specific purpose, such as with the intention to run hard.

But one of my favorite sayings is, “Speed work is the icing on the cake, and you don’t have any cake” (with thanks to Slowtwitch). That means, until you have a decent aerobic system and run with good form, you don’t deserve to do any speed work.

This is clearly contradictory to what we’re being told by champions and coaches. In one corner, we’ve got people saying pay your dues and spend time doing slow work to build the capacity. In the other corner, we’ve got a group saying that you should only focus on doing faster paced work.

The thing is that they’re both right. Sort of.

Build Up a Base for Your Body

Early on in any sport there is no ability for a person to go hard. Take boxing as an example. You don’t walk into the gym on day one and start sparring. You walk in, learn to wrap your hands, do technique work in the mirror, and work on an inanimate object like a bag.

As you progress, you may start doing some pad work. Then, you’ll do pad work with your trainer starting to move and maybe even throwing a punch back at you to force you to cover up. Then, you’ll start defense drills with a training partner, learning how to parry, slip, and turn your opponent. Finally, you’ll get to sparring, but that process may take months. And even then, the jump from sparring to fighting is another giant leap. 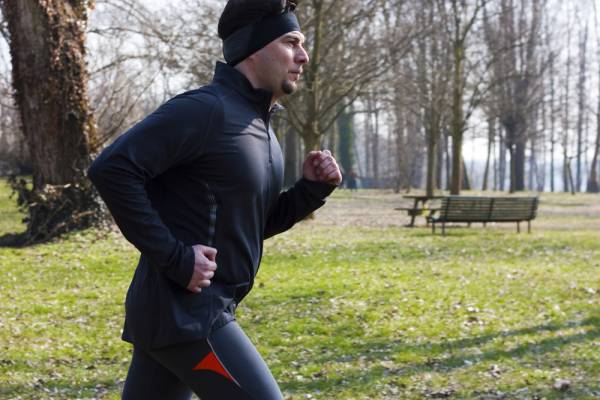 And that’s exactly what running is like. You start with a run/walk plan that gradually and safely allows you to build up to an hour of steady aerobic running. Depending on your starting point, this could be a year away. During this time there is no need for speed work as your body simply isn’t ready. You’re still baking your cake. Trying to run faster at this time, before your body has fully adapted to the stress of running, will likely only speed up the injury process, not your running.

Keep Working at the Junk Miles

The thing everyone misses about what professionals are doing now is that they spent decades doing plenty of easy work earlier in their careers. Keeping with our cake analogy, all the time they spent on easy base work over many, many years left them with a multi-tiered wedding cake. If you want to truly excel, then you need to find a way to do the same.

In today’s time crunched world, one of the best ways to get in base miles is by running (or riding) to and from work. Not only is this a great way to energize the body for the day ahead, but it’s a good way to keep the intensity down, too. You’re unlikely to go all out if you know you have a killer workday ahead of you and then another run home. The advantage of this is that you’ll have many opportunities to build the skills of running and riding. While seemingly low skill activities, the body still needs to learn how to do them efficiently in order to become better at them.

In the early stages of creating an endurance base, you’ll get big improvements just from spending time daily practicing being better at endurance work. Keep at the so-called junk miles until you start to plateau. I’d suggest that at this point you’ll have transitioned from a beginner to an intermediate and that will be the appropriate time to start thinking about a small amount of higher intensity work each week. 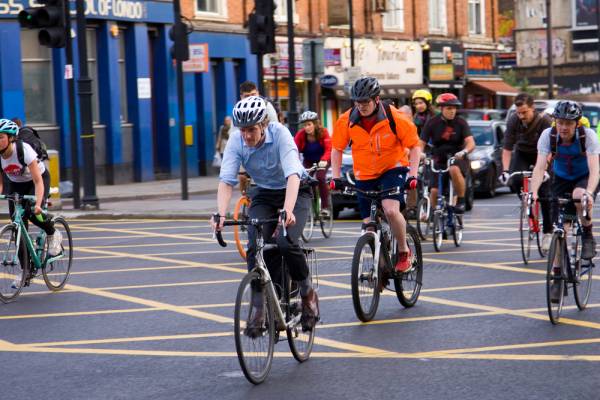 This is exactly where I am right now. I do some harder work, but in a two-hour run, I may only run thirty of those minutes hard (as two fifteen-minute blocks). The rest of the week follows the same pattern with less than a quarter of it being higher intensity work.

I like to think of this approach as easy endurance. These moderate sessions push your fitness up while limiting the stress on the body from harder paced work. For those of us who are a bit older and don’t recover as well, it’s far more important to be able to train again tomorrow than to train so hard today that you can’t move tomorrow. Slow and steady will see you far better off long term than all-out now until you need a trip to a surgeon.