The 3 Tools I Used to Conquer Autoimmune Disorder

Medical professionals couldn’t help me. So I found alternative solutions with the help of my naturopath. 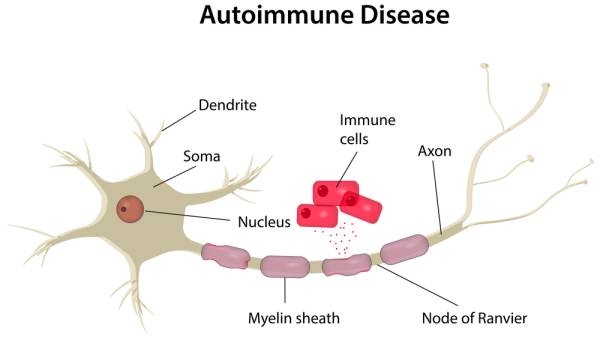 Many autoimmune sufferers can recall a trauma that likely triggered their condition, whether it was physical, emotional, or environmental. In my case, I was hit by a Ford Explorer. I was walking and it hit me at 45mph. By the time the motorist stopped, he’d dragged me 49 feet into the adjacent crosswalk.

Not only did this event bruise my spirit and break several bones, but it also slowly blew out my adrenals, wreaked havoc on my gut and hormones, and put me in permanent state fight or flight. Then, years later – ironically days preceding a film festival where I was to screen my documentary Vanishing of the Bees – I was a victim of a fumigation in the Dominican Republic.

“My entire body ached throughout yoga and I could barely make it up a flight of stairs. Pain ruled my life. “

A few months after inhaling a whole bunch of poisons, I lost all my physical strength. (Although I didn’t link my symptoms to the chemicals until much later.) Where I had previously gone on five-mile bike rides, I couldn’t even make it half way. My entire body ached throughout yoga and I could barely make it up a flight of stairs. Pain ruled my life. Thinking it had something to do with my thyroid, I requested tests and was diagnosed with markers for lupus, as well as fibromyalgia.

There’s been a stark rise in autoimmune disorders over the past fifty years. According to the Department of Health and Human Services’ Office of Women’s Health, callers more often ask for information regarding autoimmune disorders than anything else. The National Institutes of Health estimates there are about 23.5 million Americans sufferers, but the American Autoimmune Related Diseases Association thinks the figure is more like fifty million. 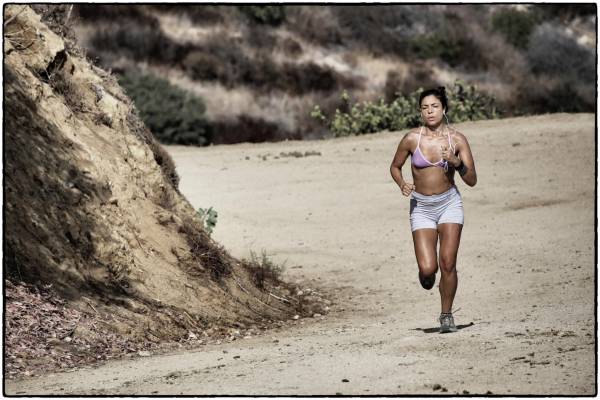 Eventually, I went into remission and regained my strength.

Often, Western medicine simply treats the symptoms rather than looking at the disorder from a holistic point of view. My rheumatologist did not do an intake of past events that could have triggered my immune system to attack itself. Instead, she sent me home with several samples of the antidepressant Cymbalta, which I stared at many times but never took.

Instead, I fastidiously looked for alternative solutions with the help of my naturopath. Eventually, I went into remission and regained my strength. <strong”>Below are three things that helped me combat my autoimmune disorder.

1. (Real) Food Is Thy Medicine

Many autoimmune disorder sufferers can benefit from cleaning up their diet. I had already been off gluten, wheat, dairy, and sugar cane (which I highly recommend) for about six years, but identifying more obscure food sensitivities made a difference.

I believe diet should be tailored to the individual, but there are certainly some basics that apply to all. For instance, try to eat organic whole foods void of chemicals and steer clear from processed foods that are full of preservatives, artificial colorings, and flavorings. Foods you are allergic or sensitive to will cause inflammation in your body, which is the cause of many diseases.

“[E]at organic whole foods void of chemicals and steer clear from processed foods that are full of preservatives, artificial colorings, and flavorings.”

Another way to approach inflammation is by targeting your intestinal flora and integrating a probiotic that actually makes it to your tummy. The acid in your esophagus can kill probiotics if the pill doesn’t have an enteric coating, preferably one not made out of plastic. 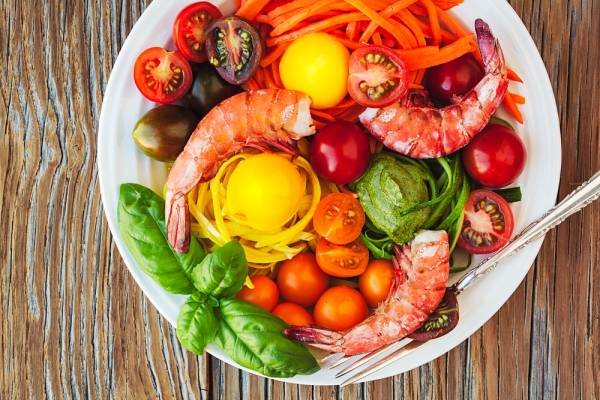 By the way, we create most of our serotonin, in our gut. Good bugs also help produce and absorb B vitamins and folate, which are also important if you suffer from an autoimmune condition.

RELATED: Got Hookworms? Gut Bacteria and Your Health

If you have lupus specifically, avoid alfalfa sprouts because they contain an amino acid shown to cause inflammation. Meanwhile, foods containing omega-3 fatty acids, such as salmon, walnuts, sardines, and ground flax seeds can also help alleviate inflammation. Vitamin D3 and magnesium are also essential supplements that have helped me.

I stumbled upon this medication by accident. My former neighbor had been experiencing debilitating bouts of colitis for years and had tried everything under the sun. In the past, she’d been hospitalized and had been put on Prednisone, a synthetic corticosteroid drug that has significant adverse effects like every day malaise and weight gain. LDN gave her the boost she needed to go into remission.

“LDN was approved back in 1984, meaning the patent has expired and thus pharmaceutical companies can’t make big money off it. Hence, why it’s little known and is not FDA-approved for the treatment of pain.”

LDN has been used for years to treat opioid addiction. Eventually a doctor named Bernard Bihari noticed that this opiate blocker was helping heroin addicts who also suffered from HIV/AIDS. The medication seemed to bolster their immune systems.

It turns out that when given a smaller dose (4.5mg), the medication can help reduce the pain associated with inflammatory and autoimmune conditions such as fibromyalgia, multiple sclerosis, and Crohn’s disease. Once I began taking it, I started feeling better quickly. The only side effects are vivid dreams and that has faded with time. 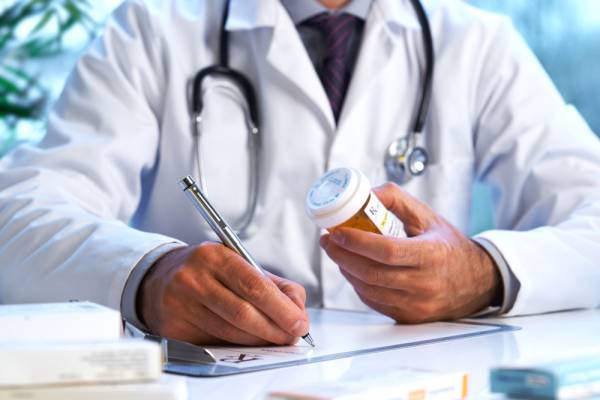 LDN was approved back in 1984, meaning the patent has expired and thus pharmaceutical companies can’t make big money off it. Hence, why it’s little known and is not FDA-approved for the treatment of pain. You have to find a doctor or naturopath to prescribe the medication.

Glutathione (pronounced “gloota-thigh-own) is the body’s master antioxidant made up of a combination of three simple building blocks of protein or amino acids – cysteine, glycine, and glutamine.

Glutathione is a maestro in that it directly neutralizes free radicals, reduces hydrogen peroxide into water (reducing inflammation), and assists in the role of other antioxidants like vitamin C, E, and lipoic acid. Glutathione contains sulfur groups, which are sticky compounds that adhere to toxins and heavy metals and carry them out of the body.

“There are about 80,000 toxic industrial chemicals floating around in our environment. And unfortunately we haven’t been equipped with additional detoxification software.”

Normally, glutathione is recycled in the body, but if you’ve experienced a massive toxic load, like getting a big whiff of insecticides on a cloudy tropical day, then reserves are depleted. According to Dr. Mark Hyman, poor diet, pollution, toxins, medications, stress, trauma, aging, infections, and radiation all drain glutathione and can lend to an autoimmune disorder.

We live in a world where chemical body burden is common. There are about 80,000 toxic industrial chemicals floating around in our environment. And unfortunately we haven’t been equipped with additional detoxification software. 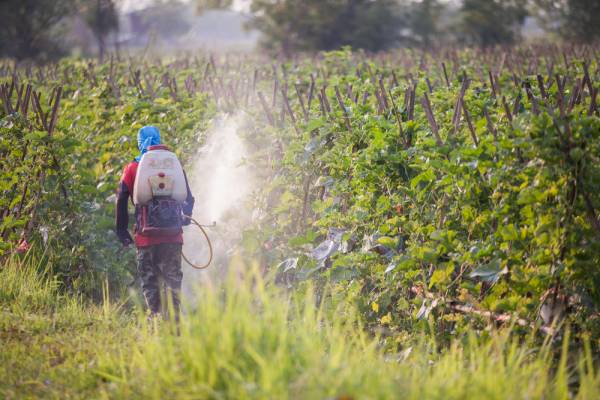 Meanwhile, your methylation cycle may also be disrupted, according to Michelle Corey, author of The Thyroid Cure. Corey is an autoimmune recovery expert, medical advocate, and certified nutrition and wellness consultant. She personally recovered from lupus and Hashimoto’s and has developed a program that has already helped over 700 people to do the same.

She says your genetics may make it difficult for you to create and recycle enough glutathione:

You could be lacking the important nutrients such as B12, folate and betaine, which are needed to produce and recycle glutathione. If you lack enough of these nutrients, it could be due to a deficiency in your diet, or low stomach acid or some other factor like drinking too much alcohol.

Studies have linked impaired methylation and low levels of glutathione to every type of autoimmune condition, according to Corey. Unfortunately, the body doesn’t easily absorb glutathione via pills. So when I was feeling crappy, my naturopath administered intravenous doses of glutathione on a weekly basis.

There Is No Magic Bullet

The truth is that autoimmune disease is “multi-dimensional and algorithmic,” says wellness expert Dr. Alexander J. Rinehart. “Two patients could have rheumatoid arthritis for two very different sets of reasons. One could really be aggravated by something like a non-celiac gluten sensitivity. Another could be caused by an infection.”

Ideally, a skilled medial professional goes through a checklist of possible causes, personalizing your treatment along the way. But since that isn’t always the case, it’s best to be your own health advocate and sleuth. These three tips can definitely set you along the path to recovery.