In my never-ending search for convenient, high-quality, nutritious snack foods for athletes, this product was a gold mine.

In my never-ending search for convenient, high-quality, nutritious snack foods for athletes, I find myself often disappointed. Anyone who reads my reviews knows I’m a fan of the burgeoning meat-snack market, but good workout nutrition options outside of that are virtually non-existent. Or at least I thought so, until I tried Fuel for Fire.

About Fuel for Fire

Fuel for Fire offers what they call Fuel Packs. A Fuel Pack is pureed fruit (or in one variety, a vegetable) combined with whey protein. Throw in some vitamin C as a preservative, and that’s it. Like all good things, the simplicity of it is pretty genius, but it’s the way Fuel for Fire brings it together that will keep you coming back for more.

It’s easy to just blend some fruits together and have them taste pretty blah. Fuel for Fire is anything but that, and I find each flavor to be unique and delicious. Even better, the Fuel Packs come in durable, easy-to-open (but only when you want them to come open) packs that are reminiscent of an advanced juice pouch. No straw is required, however, as it’s built right into the package.

Each flavor is simple and includes exactly what the flavor name suggests. All of the offerings include whey protein isolate that amounts to ten grams of protein for each pack. I tried all three flavors.

The cocoa in this one is just a complement to the banana flavor, which is strong. If you like bananas and chocolate – and I love both – you will enjoy this flavor. In addition to bananas and cocoa, apples are included. Anyone familiar with using apples in smoothies will know they don’t contribute a ton of flavor. Of all the flavors, Banana Cocoa has the greatest quantity of carbs, as a result of its fiber content (three grams) and sugar content (nineteen grams). 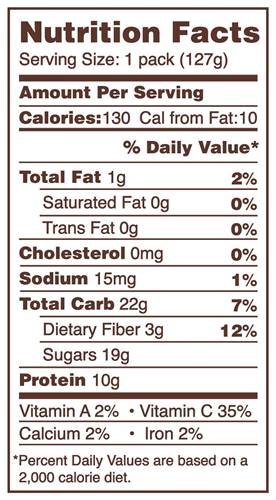 As noted above, because apple it easily overpowered as a flavor, pear was also added to this fuel pack to boost the fruit flavor. But the fruit takes a back seat to the cinnamon and sweet potato. Once again, you get what you would expect by the title, and if you like sweet potatoes at all, you’ll love this one. This one has two grams of fiber and eleven grams of sugar. 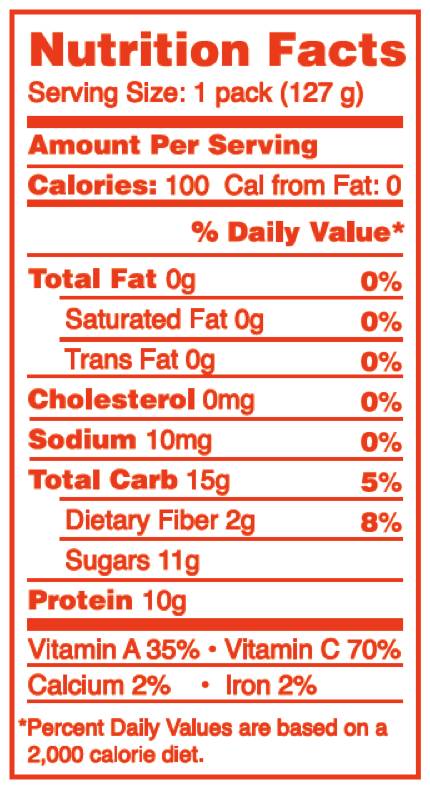 The three berries here are blueberry, raspberry, and strawberry. Pear is also included to round out the flavor and bulk up the volume. Out of all the flavors, this one came across as the least exciting. It has a pretty standard fruit flavor. That’s not to say it’s bad, mind you, but the other flavors are especially delicious when compared to this one. This has the least amount of sugar, with ten grams total. 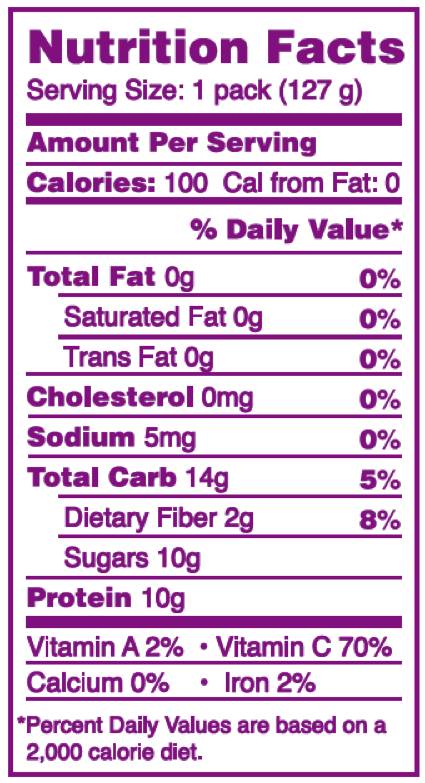 The only possible downside to Fuel for Fire is the cost. They aren’t terribly expensive, but can’t be cheaply used as a protein supplement, especially for people who need more calroies. These fuel packs are intended for use as a snack, a pre-workout treat, and especially as a between-workout food. As such, they are both excellent and reasonably priced. However, these fuel packs also make for excellent post-workout nutrition, but multiple packs would need to be eaten, at which point the price might get steep.

That said, it’s important to note that the company doesn’t market Fuel for Fire as an exclusive post-workout nutrition snack. That’s just my wishful thinking, because these fuel packs are tasty, convenient, and chock full of healthy ingredients, without a single item on the list that makes me think twice. I just hope Fuel for Fire also considers a specific post-workout option, too, because I’m a fan.

If you’re interested in a healthy and convenient snack, in-between workout refueling food, endurance nutrition, or even something to put in your kid’s lunchbox, look no further. Fuel for Fire is exactly what you’re looking for.