10 Things I Know About Protein That You Don’t

Did you know there’s no such thing as undenatured whey protein? Or that most protein comes from the same place?

I work in the supplement industry and have for the past decade. If you’re saying, “Big deal, me, too,” then you can stop reading right now. For the rest of you, I’m betting that I can tell you ten things about protein that you don’t know.

1. There’s No Such Thing as Undenatured Whey Protein

Bioactive whey peptides are protein fractions that cause a measurable biological response in the body. Maybe it’s enhancing the immune system or increasing pumps (for teh gainz). Those peptides come from protein. They come from the protein you buy from that same company.

See, every pound of protein might sell for $5 at the manufacturer level, but it also might contain $10 worth of peptides in 1/10th of the weight. So they strip all of those awesome peptides out, thereby losing .50c from the protein itself, but in the process they earn double the money from the sale of the peptides they removed. You get the completely denatured protein (stripped of every biologically active peptide they could mine), and they sell you back the peptides in another product (or in the same product, claiming that they have “added peptides”).

“But my whey can’t be denatured from heat, it’s cold filtered,” I hear someone saying. That’s nice. But cold filtered is the actual filtering process that concentrates the whey into the final percentage of protein (typically +80%). The filtering has nothing to do with the fact that most manufacturers who “cold filter” their whey are still flash pasteurizing it at the highest possible temperature beforehand. Why? Because it only takes fifteen seconds to flash pasteurize whey and it takes fifteen minutes to pasteurize it at the lowest heat levels. So you can produce more whey if you only take 1/60th of the time at this stage of processing.

Oh, so your whey comes from New Zealand, and you’re bragging about it being non-GMO and free range and all that good stuff? Guess what? All whey from New Zealand is going to be non-GMO and free range. Their laws are far stricter than the ones in the good ol’ United States, so it’s a bit redundant to talk about how great your New Zealand whey is when every gram of dairy the country produces is just as good. I lived in Auckland, New Zealand, and I’ve been to the dairy farms, and you’re from Maine, so you’re probably going to have to take my word on this one.

4. No Studies Ever Compared Grass-Fed Whey to Grain-Fed Dairy

Don’t get me wrong, I believe that grass-fed dairy (and beef for that matter) is superior to grain-fed. But there are no direct studies comparing them in athletes or in an exercising population. There is tons of evidence showing grass-fed animals (and their meat products) are healthier, but none on dairy in athletes. It makes a much bigger difference with meat, where the fat content can be radically altered by diet, or even with whole fat milk. But with a good whey protein, we’re talking about a gram of fat per serving. So while I still prefer grass-fed (everything), this is based more on inductive reasoning than hard and fast studies that examine these parameters in athletes. 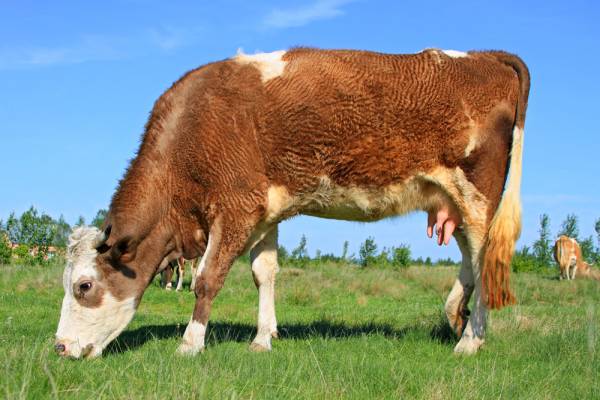 I’ve seen studies that use thirty to forty percent hydrolyzed whey and spoken to the authors. It’s inedible. The reason for this is the fact that breaking down (hydrolyzing) protein is exactly what happens during the digestive process. Protein that has been 100% broken down will not stay together in any form (think about it, what would a slab of steak look like after your stomach has digested 100% of it – now imagine it as a powder). Those “100% Whey Protein Hydrolysate” jugs you see at the local nutrition chain are actually a lot lower. The “100%” claim comes from the fact that the entire jug contains hydrolyzed whey protein (no other types of protein or whey), and that protein itself has been hydrolyzed 2% (or 5% or whatever). So it’s all (100%) hydrolyzed – but only by a few percent.

Ok, I’m exaggerating – but not by much. The most popular form of amino acid production is through the chemical synthesis of keratin, which requires far fewer steps (and is therefore less costly) than other methods. Keratin is abundantly supplied in hair, nails, claws, and fur. Short of staking out every hair and nail salon in China (where most aminos are sourced), producers instead make them from animals whose pelts are not good enough to use for clothing. So maybe the pelt was damaged in the slaughter process or some other horrific industrial accident. That pelt is worthless as clothing, but can still be used to synthesize leucine (or whatever). I’d estimate 95% of manufacturers are using this process or a similar one, and I’m really good at estimating horrific, awful, stuff like this.

Selling more protein makes the manufacturer more money, and having a huge protein-grams-per-serving count on the label helps them win fans in the bodybuilding community. But nearly every study that looks at a decent protein source, like egg or whey, usually concludes that the additional stimulation of myotropic (muscle building) or recovery factors isn’t greatly enhanced after twenty grams.

Within the industry this is known as protein spiking. Cheap aminos like glycine are used to pad the protein content of otherwise expensive whey. So if a pound of whey comes in at $6, and a pound of glycine is a $2, maybe two to three grams of the latter are put in the former. Since it’s an amino and not a whole protein, it’s providing those grams at a much lower cost, and doesn’t appear on the label as another protein form, thereby allowing the manufacturer to still (legally) claim “100% whey” or “100% casein.” I know of one brand that uses creatine (technically an amino) to spike their protein, which as a bonus is super-easy to flavor. Their protein is delicious. Now you know why. 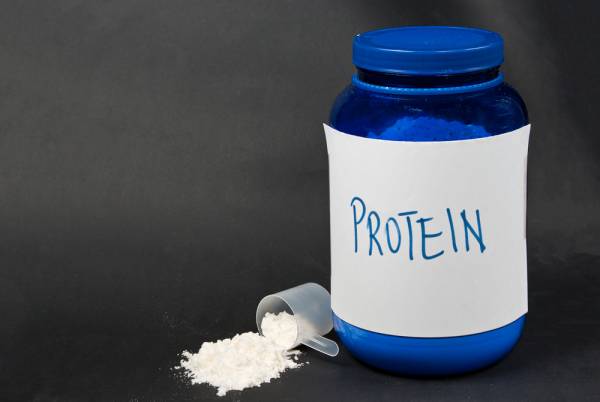 Protein bars are notorious for under-dosing protein and overstating the amount on the label. This is a bit of an open secret in the industry, and although powders are better, they’re still under-dosed in a lot of cases. Naturally, the yummy carbs are the exact opposite – you’ll find far more in the bar than you see on the label.

Hydrolyzed collagen is technically protein. But it doesn’t build much muscle, and it has a biological value of virtually nil. I’m talking about the stuff we’ve been seeing in gels and goops for the past decade (allegedly, there are some recent forms that aren’t useless, however it’s unlikely that your favorite brand is using them). Gels are obviously the worst offender here, but those little protein shots are pretty bad also.

10. Most Protein Comes From the Same Place(s)

If you were to walk the aisles of your local supplement retailer, you’d see dozens of different brands of protein. But if you were to see the actual manufacturers of the protein itself (the people all of those brands are buying it from), you’d see far fewer companies. There are probably ten major players in the field of powdered protein, and that’s being generous. They’re not just huge; they own other companies that we think are huge.

Glanbia, for example, produces a lion’s share of the dairy products in Ireland. They’re a billion-dollar company, they own BSN as well as Optimum Nutrition, and they do contract manufacturing for tons of other companies, both big and small (well, medium). So, when you see Brand X Casein and the store house brand and BSN and ON, all sitting next to each other, there’s actually a good chance that the protein in the jugs is identical. And Glanbia is the manufacturer behind the most popular protein brand(s) in the CrossFit world, if we’re keeping score at home.