My partners and I at Efficient Exercise have wrangled for quite some time over what exactly to call ourselves. “Personal Trainer” really limits the scope and obscures the totality of the education in all things physical culture that we provide our clients. “Lifestyle coach,” though, sounds a bit too schmaltzy, and “wellness concierge” a bit too, well, uppity. But the truth of the matter is that the service we provide our clients – coaching and mentorship through all aspects of being a healthy, fit, and well-balanced human being – simply has not yet been popularly defined, nor has it even been accepted as a legitimate pursuit in our culture.

And that’s really unfortunate, because our national healthcare crisis demands such a recognized position. Over the last sixty years, our society has trended toward handing over control of personal health to doctors and Big Pharma. And because our culture’s tendency is to reduce health, fitness, and wellness into isolated, non-overlapping compartments, the general public get the idea that excelling in one area can compensate for a lackluster showing in another. Quite simply, life and living organisms don’t work that way. Though popular culture would have us believe otherwise, you can no more out-train a crappy diet than you can out-diet a lackluster lifestyle. There is a symbiotic relationship between the two that simply cannot be untethered.

But how to go about teaching this holistic concept (what I have come to term, “Ancestral Wellness”) poses a huge, informational overload, analysis-paralysis problem. Very few people have the time, much less the inclination, to delve headlong into the multiple and never-ending rabbit holes of nutritional biochemistry, anthropology, physiology, and exercise science – much less attempt to integrate these (seemingly) diverse disciplines into already hectic lives. My clients are not “athletes” per se, but rather the seventy-plus hour-per-week doctor, attorney, or entrepreneur who simply wants to look, feel, and perform optimally. They pay and expect our Efficient Exercise staff to be the expert in these matters (and rightly so). Our clients expect us to distill this information down to practical takeaways – accessible knowledge that can be used in their often-chaotic daily lives.

Enter the idea, then, of teaching via story, myth, and “directionally accurate” analogy.

The Worlds of Grok and Newton Collide

Those who disparage the Paleo diet as “simpleton,” “faddish,” or gimmicky” will often cite the mythical caveman “Grok” as evidence exhibit A. We all know the drill by now. One can’t really live like a caveman anymore because, well, let’s face it, wooly mammoth, mastodon, and the Paleolithic precursor to the modern yam or apple just don’t exist anymore. So no one can really be Paleo these days. 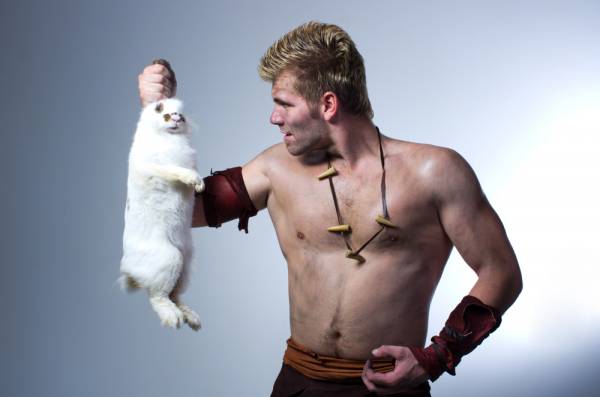 But historical re-enactment has never been the point of the Paleo or ancestral lifestyle. Paleo is about making the best, most nutrient-dense, and least problematic food choices in the here-and-now. It’s also about incorporating daily movement into our lives, wherever and whenever possible. And our good friend Grok simply serves as a mythical character to help drive that point home.

People best learn foundational, overarching information via myth, analogy, and storytelling. In this phase, “directional accuracy” is key. There’s much more to the science-laden Paleo story, of course, but myth, analogy, and storytelling set a solid foundation from which to delve into those various biochemical, anthropological, and exercise physiology rabbit holes. Can you imagine grasping General Relativity without first mastering Newtonian physics? How about diving into Newtonian physics without the supportive myth of Newton and the falling apple?

So in teaching ancestral wellness to our clients, Grok simply serves as the lifestyle equivalent of physics’ Newton and the Apple. Using this directionally accurate story of Grok, then, I can more fully flesh-out some of the more broad-stroke Paleo ideas, such as:

It’s at these intersections where Grok’s story really becomes interesting. So now before ever having to delve into the labyrinth of proper macronutrient ratios, systemic inflammation, the problems with gluten, chronically elevated insulin, and individual responses to certain “gray area” foods, we can give our Efficient Exercise clients a solid template of safe foods from which to construct their own meals, both at home and on the road. 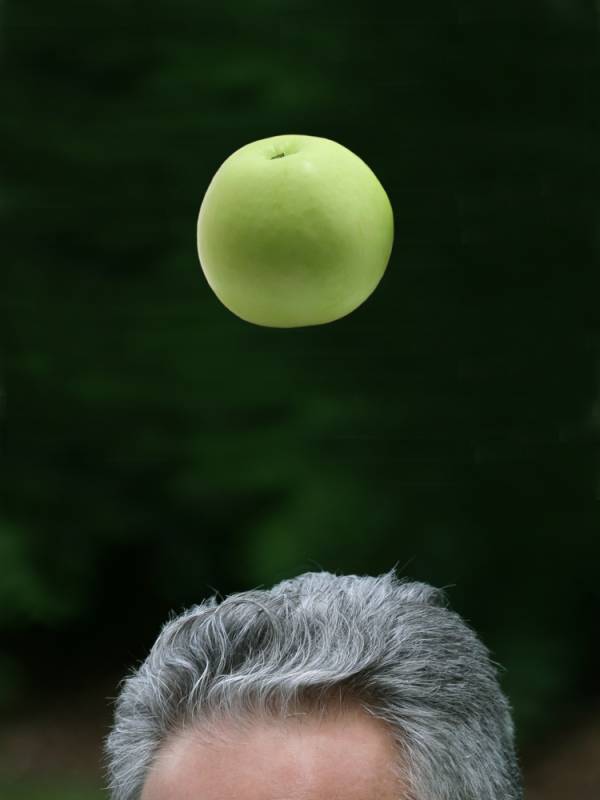 Now I suppose that What Would Grok Do is as easy to lampoon by exercise and nutritional insiders as Newton and the Apple is to those steeped in advanced physics. But the fact of the matter is that the Grok analogy helps us stress the importance of choosing whole, grain-free, sugar-free, non-processed foods and coupling those nutritional choices with a lifestyle that includes plenty of walking, play, and a couple of bouts of serious, high-intensity lifting and sprinting sessions throughout the week. And just like that, we’ve managed those clients into the magical 80% compliance zone, where results are sure to follow. Results beget wins, and a string of wins begets a positive psychological shift toward long-term compliance and wholesale, positive lifestyle change.

So do we tweak things even further for those who are willing? You bet. And in some instances this calls for us to embark upon a piece-by-piece dismantling of the same beloved Grok story that moved them to 80% to begin with. In the same way that we have to ease our clutch on the relative comfort and easily understood world of Newtonian physics in order to advance into General Relativity, so too do we have to give up the easily identifiable notions of Grok to tackle such things as lactose tolerance, intermittent fasting, sprouted grains, ketosis, and the benefit of cooking foods.

Our Efficient Exercise approach to working with real-world clients has always been to meet them where they are and, to the best of our ability, guide them toward reaching their health and fitness goals. To the extent that the Grok myth can help us help them better conceptualize an oftentimes confusing transition to the Paleo/ancestral lifestyle, we’ll use it – and unabashedly so. 80% compliance with directional accuracy? Hey, we’ll take it. There’s plenty of time for plundering rabbit holes once the solid health and fitness foundation is established.