“The system goes online on August 4th, 1997. Human decisions are removed from strategic defense. Skynet begins to learn at a geometric rate. It becomes self-aware 2:14 AM, Eastern time, August 29th.”

The DC Brawlers not only won the first Grid championship, but also dominated the season. From the opening exhibition matches in Las Vegas in June to the championship in October, watching the Brawlers pick off opponents was, to those of us who witnessed the birth of and ultimate victory of the Brawlers, nothing short of Terminator-like.

Meaning: they learned at a geometric rate.

GRID Was An Experiment for Everyone

When Grid began, everything was an experiment. Everyone – coaches, athletes, and those of us who weighed in from the sidelines – was guessing at what would make a successful athlete and a successful team. Everyone made a lot of mistakes early on and learned the hard way what worked and what didn’t.

Everyone, it seems, except Justin Cotler. (More on that shortly.)

For example, it only took Grid organizers a few matches with weighted handstand push ups using a medicine ball to realize the movement didn’t work. Watching a dropped ball roll away into the opposite team’s Grid while being chased by a teammate was all it took for the organizers to say, “Nope. Let’s use a sandbag here.”

“Or consider, perhaps, the biggest miscalculation of all: that big-name CrossFit athletes would make legendary Grid athletes and thus teams stacked with celebrity CrossFitters would be the stuff of champions.”

Or consider race seven, The Ladder. In the Vegas combine, the goal was to “run the table.” The crowd rose to their feet as Jerome Perryman walked intently from bar to bar and completed the entire deadlift ladder. But it wasn’t long before teams and coaches began to realize running the table was a major time-waster. And that what actually mattered was speed, number of bars, and pounds-per-second.

Or consider, perhaps, the biggest miscalculation of all: that big-name CrossFit athletes would make legendary Grid athletes and thus teams stacked with celebrity CrossFitters would be the stuff of champions. You can’t blame coaches for taking this strategy in the early days of Grid. It just made sense to sign Lindsey Valenzuela, Sam Briggs, Annie Thorisdottir, Tommy Hackenbruck, and so on.

RELATED: 5 Strong Female Role Models to Inspire the Next Generation

The Emergence of Lindsay Menerey

Except for Justin Cotler, coach of the DC Brawlers. While Cotler and the Brawlers signed some notables early on (plus-forty athlete Jerry Hill, multi-year CrossFit Games athlete Christy Adkins), Cotler had his sights set on one person in particular: Lindsay Menerey. Who?

Cotler took notice of Lindsay’s gymnastics and overall athletic prowess when his team, CrossFit Dynamix, competed against Menery’s team, CrossFit Adrenaline, in the 2013 CrossFit Games. And what Cotler seemed to intuitively know (Skynet-style) was that in Grid, quadrants two and three are everything. He needed an athlete who could move the team efficiently through the middle of the Grid, and Lindsay was that athlete. 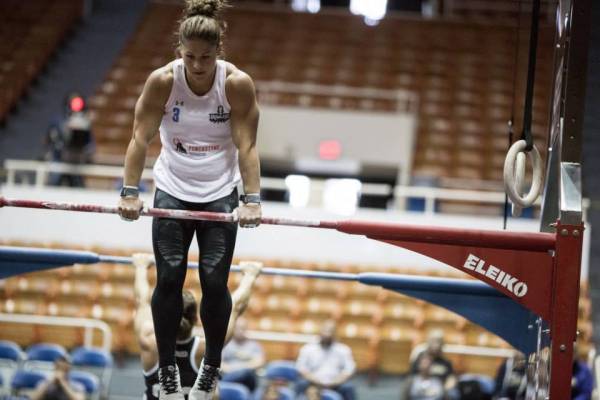 The epic strength of Taylar Stallings and her quadrant four closing partner Abby Graham could only be effective if the team had been moved into quadrant four with a fighting chance – and that’s where Menerey came in. To say this team was built around Lindsay Menery is not an understatement.

But the Brawlers brought more than that. Cotler and Jeremy Jones of the San Francisco Fire, the second most successful team in the league, were pioneers in some of the nuances absolutely required to win – innovative transitions, living as a team, and a non-negotiable absence of ego.

“To say this team was built around Lindsay Menery is not an understatement.”

Both Cotler and Jones learned early that transitions were crucial to winning. By transitions, I mean the speed at which athletes hand off from one to the next in any given movement. We saw this with DC in the first match of the regular season in the race two, the Mirror. In this event, athletes need to move the bar down-grid without putting it down and must be ready to start repping immediately. Those of us who watched that match noticed the Brawlers had developed an extremely smooth end-around method that allowed for zero miscuing, no hesitation, and lightning fast return to the reps.

RELATED: When a Single Moment Is the Difference Between Winning and Losing

Watch the Fire’s innovative squat clean hand off. This was one of many that these two teams pioneered. Saving microseconds meant winning matches. Brawlers win.

Living as a Team

Some teams were loose. Athletes lived where they lived and convened for a camp shortly before the season began. Sometimes, after the matches, they went home. But the Brawlers, the Fire, and the Phoenix Rise had expectations that their athletes encamp for the long haul.

“Where you saw one Brawler, there were always four or five more nearby. They were, without question, a family.”

The Brawlers appeared to do everything together. Travel, train, eat, sleep, and grow as a team. Where you saw one Brawler, there were always four or five more nearby. They were, without question, a family.

This closeness led to flawless prep and execution. This was never more clear than in their last regular season match against the New York Rhinos. When DC came in for their match walk-through, it was done with a precision, almost military execution. Few words were said and no decisions were made. Go, hand off, move here, repeat. Any questions? Contrast that with New York’s run-through, where rep schemes and substitutions were still being determined two hours pre-match. It was 2001’s Hal versus Robot from Lost in Space.

RELATED: This Is Fitness: Move Beyond Instinct and Get Uncomfortable 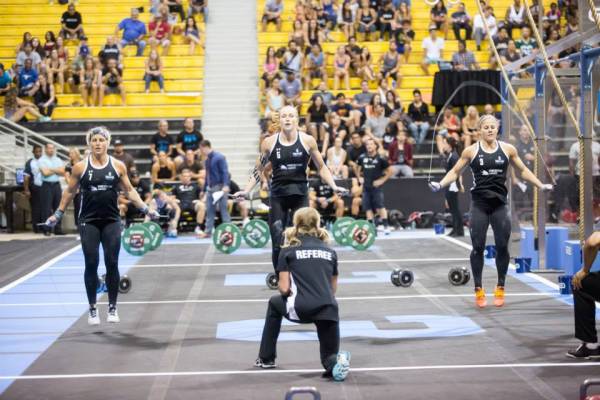 DC Brawlers in their last regular season match against the New York Rhinos.

The amount of time spent together as a team was nearly proportional to DC’s success on the Grid. Brawlers win.

RELATED: I Have a Dream (Team): When Winning Is the Only Thing That Matters

Cotler oversaw the Brawlers with a combination of intensity and love. What you witnessed during matches was an unrelenting insistence on teamwork, excellence, and drive. But as soon as the match was over, he was hugging his kids. There was no room for ego.

There were no stars on the Brawlers, despite the fact there were indeed rising stars. But Justin Cotler held up athletes such as Ingrid Kantola and Tim Carroll as just-as-important pieces of the success puzzle as those receiving a ton of press. For example, while Ken Battison and Taylar Stallings closed the deals, Cotler knew the rest of the team teed them up. No one was more important than the other.

Each person on the Brawlers exudes humility, and it’s not by accident. Those who formed the team sought these personalities from the initial signings, through the combines, to the draft.

But how did Justin Cotler know all of this before the season even began? While other teams were amassing celebrities with highly polished signing videos, Cotler signed Taylar Stallings in a parking lot.

We may not know the answer to that question, but I believe we will see other teams emulating Cotler’s formula for success in 2015. Which means DC may have its hands full with hungry challengers. But knowing Coach Cotler, he’s already three steps ahead.