How to Prevent ACL Injuries in High School Athletes

Young athletes are not taught how to move properly – basic things like squatting, running, and landing mechanics.

ACL rehab is a subject near and dear to my heart. Roughly 50% of the high school athletes I work with are returning from an ACL injury. I see a fair amount of rotator cuff and labrum tears, as well as some lower back stuff and a few hip scopes (oh god, the horror), but ACL rehab is far and away the most common major sports injury in the clinic where I work.

The Rising Number of ACL Surgeries

First let’s talk some numbers. The incidence of ACL tears and the subsequent surgeries to repair them has been steadily increasing for some time now. One epidemiological study of hospitals in New York State noted an increase from 6,178 repairs in 1997 to 7,507 repairs in 2006, with a total of 70,457 repairs over the same decade.1

These numbers keep going up for a few reasons. First and foremost, the surgeries are much better than they used to be. Thirty years ago ACL procedures were a nasty, invasive affair that left you with a foot-long scar over the top of your knee. During the eighties, there were some significant improvements to the techniques, mostly as a result of the increased usage of arthroscopic surgery and the advent of the Jones procedure. Once surgeons became familiar with these techniques, the procedures became much more streamlined. Better procedures and better outcomes meant doctors were more likely to recommend surgery.

The remaining reasons for the rise in ACL surgeries are significant issues in and of themselves but they are also intrinsically related. Young athletes, generally speaking, are not taught how to move properly. They are taught gameplay mechanics, strategies, and sport specific skills. But no one takes the time to teach them basic things like squatting, running, and landing mechanics. I worked with a pitcher who went to the majors last season and a number of D1 football prospects. Despite working with high level of athletic talent, I rarely meet young athletes who know how to weight train properly – and I’m not sure it’s entirely their fault.

A close friend of mine is a soccer coach for a local club team. Not two days ago he asked me about one of his girls who had been having some pain just below her kneecap following their Memorial Day weekend tournament. My friend has played soccer competitively since he was six, was recruited by a number of schools, and was offered full scholarships at many of them. He’s five times the natural athlete I could ever be. He had no idea what patellar tendonitis is.

Truth is, patellar tendonitis is a rather common overuse injury in sports that involve sprinting, hard deceleration, sharp direction changes, and jumping. It’s caused by many of the same factors that lead to ACL tears. It’s enormously prevalent in the sport he’s built his life around – and yet he’d never heard the phrase before. 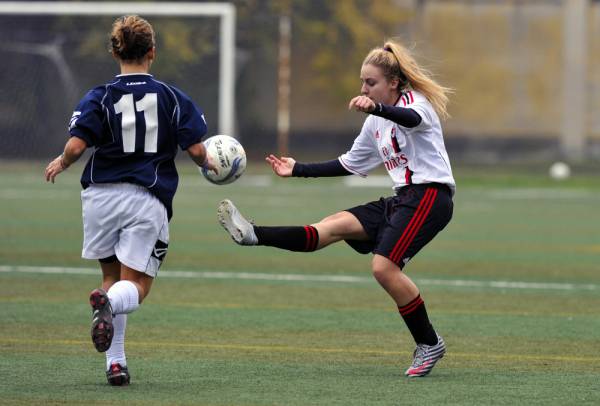 Many (if not most) coaches at a high school level present the same issues. They tend to have an incredibly high technical competency where their sport is concerned, but often lack a thorough understanding of proper training and injury prevention. This is a problem and probably one of the most common and overlooked factors that lead to injury.

Youth sports are more competitive than ever, with more parents employing trainers and coaches and pushing their children to higher levels of competition at earlier ages. On top of this, children are playing all of the time. A lot of my younger athletes play one sport year-round while simultaneously participating in a different team sport each season. The combination of these three factors means we have enormous groups of young athletes moving poorly and doing so as hard as they can, all the time. Performing repeated, brutally inefficient movements with little to no time to recover is a physiological recipe for disaster.

While live play scenarios introduce multiple variables that may contribute to injury. Studies indicate that the majority of injuries that require surgical intervention occur in games, and particularly in competition (rather than in a practice game or scrimmage).2 Even so, 70% of ACL injuries are non-contact – they are the combined result of bad mechanics and even worse luck.3

It’s the opinion of a growing number of clinicians that many of these non-contact injuries are preventable. Even in certain cases where contact is involved or the mechanism is something external (a wet floor or an uneven field), it’s possible that with proper training the same event would not have produced the same result. Often injuries are more of a “straw that broke the camel’s back” situation than an instantaneous, complete, and utter mechanical breakdown. If a body gets abused for weeks or months, eventually something’s going to give. Luckily, with a few simple considerations you can help keep your athletes (and yourself) out of the operating room.

How to Prevent ACL Injury

In my experience the most important considerations in ACL prevention are the following:

Mechanics: Valgus collapse is one of the most significant risk factors for ACL tear and is frequently the actual mechanism of the injury. All athletes must be taught to squat, lunge, jump, and land without knee and ankle collapse. Their form doesn’t need to be picture perfect, but if their knees and ankles are coming in on every rep, then they’re going to have a bad time.

When we are tired our bodies resort to our most comfortable and habitual movement patterns. Get your athletes in the habit of landing and bending their knees with proper mechanics. They should also be taught proper planting and pivoting starting at a young age.

Strength: While quadriceps strength is seen as the gold standard indicator of how well an athlete will perform after an ACL repair, it tends to be one of the lesser focuses in prehab and prevention. The reason is simply that most young athletes overuse or over-recruit their quadriceps to do everything and are lacking proper recruitment of their glutes. The glute medius in particular is very important in preventing valgus collapse. Lacking core and hip strength are significant risk factors in ACL injuries. 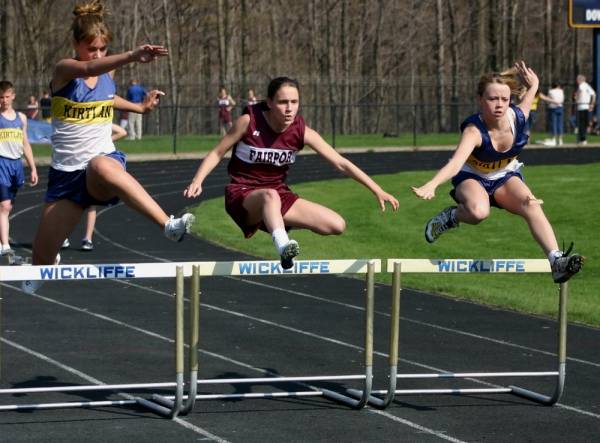 Recovery: Professional athletes don’t play their sport year round and neither should our kids. I can’t tell you how many injuries I see that are simply the result of doing too much. I’m hardly advocating that if you’re hurt you should do absolutely nothing. What I’m saying is that younger athletes need to pay every bit as much attention to proper nutrition, sleeping, and adequate rest between competitive performances.

None of these recommendations are mind blowing. They’re mostly common sense. This is why it’s so frustrating to see these injuries so often. There are too many kids with bright futures who have their opportunities stripped away because someone pushed them too hard for too long.