I Like to Move It, Move It: The Surprising Thing Missing From Your Workout

We all know sitting is the devil, and there is a push to do more posterior chain work in our training. But even then, we’re still standing still. Why are we moving more in training?

What if I told you it was possible to be a world-class athlete while not being athletic? Seems like it would be impossible, doesn’t it? Yet it is the case in many sports, particularly those that involve single skills like cycling, swimming, or running.

What if I told you it was possible to be a world-class athlete while not being athletic? Seems like it would be impossible, doesn’t it? Yet it is the case in many sports, particularly those that involve single skills like cycling, swimming, or running.

The body is an amazing machine and can learn new skills quickly. I used to believe that once you learned a new skill you would then keep that skill forever, stored away in the cobwebbed corners of your mind for use in whatever athletic emergency you may have later in life.

However, what I’m starting to understand is that just as you can learn skills quickly, you are able to lose them just as fast.

I’ve seen research suggesting that a reason for falls in the elderly is simply that their early movement patterns are forgotten or get rusty through becoming more and more sedentary. The first patterns we learn are often the first ones we lose.

We regularly see the same thing in a rehab scenario after screening someone. He or she may be able to run fast or throw a ball, but can’t stand on one leg or roll over. So how important exactly is movement?

One of the best parts about growing older is I get to say things like, “I remember when Ian King told me that flexibility was the last frontier of performance.” In fact, I remember it so well because over the last few years it has become more and more apparent, and I find myself thinking about movement (an expression of dynamic flexibility) nearly all day, every day.

We all know sitting is the devil. I’ve even seen it likened to our generation’s smoking. Not sure I’d go as far as to say there is a definite link between sitting and cancer, but it certainly does place stress on the spine and cause all kinds of postural issues. 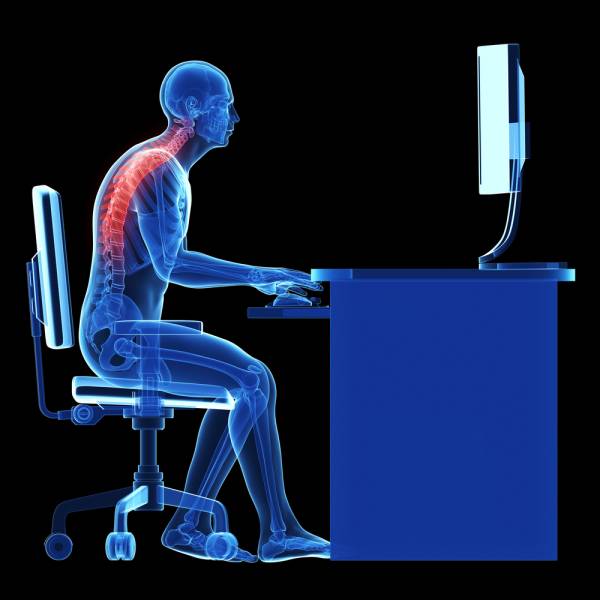 To combat this, we have a huge push to do more posterior chain work such as deadlifts and kettlebell swings that work the body into extension and get us out of that sitting position. But even if we do these things, we’re still just standing still.

If movement is the thing we need, then why aren’t we moving more in training?

Example 1: The Modern Athlete and Workout

Warm up consisting of various mobility drills such as foam rolling and trigger point release on a ball. Unloaded drills such as face the wall squats. Overhead squats with a PVC pipe or air squats. Dynamic stretches.

Main strength set. Bilateral, frontal plane exercise such as squat, deadlift, clean, or snatch performed for some variation of about ten to fifteen reps. This could be 3 x 5, 5 x 3, 4 x 4, 5 x 2, or six singles.

Conditioning aspect (“WOD”) usually using part of the strength series. So, if your strength series was cleans then perhaps it might be “Grace.” Or it might be “Fran” because squat cleans can easily become thrusters. Typical length ten to twenty minutes, all exercises performed bilaterally and in frontal plane.

But how many different movements are actually in that plan?

A while ago I was lucky enough to work with a lot of talented beach volleyball players, having been hired to do speed and agility sessions with them.

One of the things I quickly noticed was that despite some of them being super fast and able to jump a mile, they were missing some of the most fundamental movement skills. Attending their end-of-season dance was an exercise in self-control to not laugh.

Imagine a bunch of drunken giraffes and that was what it was like watching many of them dance. 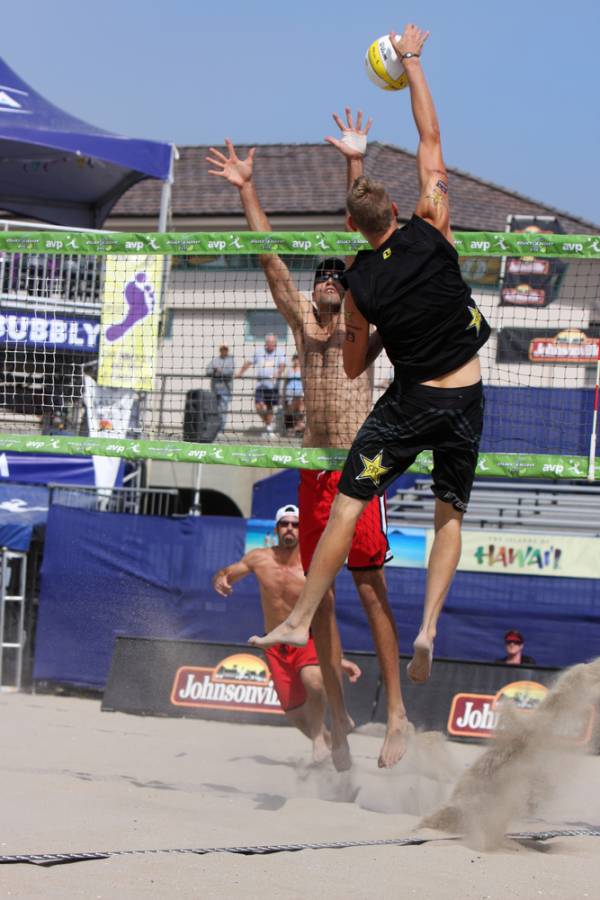 So I started them on a new plan. One that was designed to look like we were doing speed and agility training, but was actually coordination training and movement basics.

Our sessions began with running in every direction I could come up with. Forwards, sideways, backwards, and in diagonals. We then moved to basic pre-running drills with variations of skipping and crossover drills like cariocas.

Then we’d do a series of run-throughs, building up to a faster and faster pace over twenty to thirty meters. Then finally we’d start the actual work for the session, which may have been something as simple as teaching them how to take a step sideways without there being any energy leaks, as well as how to stop sideways movement so they’d be on a stable platform to play the ball from.

Our in-the-gym sessions were based on a lot of mobility work, core work, single-leg drills, and then finally one final pair of non-competing exercises like front squats and pull ups, with the rest periods being more core training. The core training addressed flexion, extension, and rotation, as well as anti-flexion and rotation.

And all of a sudden the players all started telling me how the speed work they were doing was making a huge difference. But we hadn’t done any speed work yet. Not a single rep of maximal acceleration had been done, and the furthest they’d run was three steps. But I’d taught them how to move and then further instilled that with games and practice time.

The Solution: A New Movement Paradigm

So let’s design a new movement paradigm for training – one that is engaging, fun, moves in all directions, and allows us to become athletic.

I don’t believe that most people need huge volumes of strength work. Instead, I believe if their bodies were lined up properly, with all the underpinning systems functioning properly, that they’d have far more fun and success with their training plans.

This even goes for those who have high-level competitive aspirations. In the old days, before the mass professionalization of sports, there was such a thing as an off-season, a chance to rebuild the body and add base athleticism.

These days seasons run nearly 52 weeks a year with pre-season and championships, and athletes are spending more and more time on a small pool of skills and losing their overall athleticism – the very thing that made them so good in the first place.

Our new paradigm needs a warm up. I still think the Primal Flow Evaluation is a great place to start and covers mobility as well as core activation drills.

But we need to move from there onto dynamic mobility drills such as high kicking and arm swings to prepare the body for high-speed movements. We segue from those to pre-running drills such as skipping and crossover drills to get all movement planes.

So far all pretty normal, except maybe a lot more movement than many are used to, but nothing outlandish. But here’s where the change comes in. At this point we’re going to test our movement. My two favorite ways are either the bent press or snatch balance.

Both display great movement of hips, spine, and shoulders. If you can do either movement while feeling loose and supple, then you’re free to go do whatever you want.

I’ll suggest, however, that the number of reps you want is still far fewer than most realize and less will be far more when your body moves well and is prepared to absorb the work better. One or two strength exercises done for a maximum of ten reps each will suffice if the body is working well.

If you don’t move well then you have some work to do in terms of stretching and mobility to address the areas where you feel tight. I suggest busting out your copy of Supple Leopard and a foam roller and taking the day off training.

I think you’ll find that if you fail your movement test, whichever one you choose, that addressing your issues immediately within the session will have far bigger payoff long term than ignoring it will.

If that means you essentially spend six months on nothing but movement, then so be it. (As an added benefit, you will discover how well you eat if you have to drop your activity level and can’t rely on out-training your poor food choices.)

It’s not necessary to become a free-running, ninja warrior to make the most of your training, but some extra time spent on movement, muscle elasticity, basic rolling and tumbling, and multi-directional movements will pay huge dividends.

I am 100% behind people getting off machines and treadmills and performing full body lifts like the clean or snatch, but that is only half the job. To truly take functional training, and athleticism to the next level we need to move.