I Move, Therefore I Am: 10 Philosophy Lessons About Fitness

Philosophers aren’t just a bunch of old bookworms. From Plato, to Nietzsche, to Rousseau, they have long acknowledged the importance of movement and exercise.

I used to think the phrase “find your path in life” was pretty straightforward. You just choose a nice little road and walk on it wherever it takes you, right? This has not been my experience, and I’m sure there are others who feel the same way. In my short life I have already walked many paths, and sometimes I wonder how I wound up where I am today.

I used to think the phrase “find your path in life” was pretty straightforward. You just choose a nice little road and walk on it wherever it takes you, right? This has not been my experience, and I’m sure there are others who feel the same way. In my short life I have already walked many paths, and sometimes I wonder how I wound up where I am today.

Then again, it’s also amazing to look back and see how all those paths are actually part of one road. For example, when people (especially people at the gym) hear I have a Masters degree in philosophy, they are often surprised. Sometimes people ask me what in the world my degree has to do with what I do now. Fortunately, philosophers are remarkably well-rounded people.

Read Aristotle’s Nicomachean Ethics and you will quickly see that this guy thought about EVERYTHING. My philosophy degree has everything do with what I do now. Here are just a few quotes I’ve found to illustrate my point.

Important Disclaimer: This article contains no bibliography and lots of quotations taken entirely out of context. This is the type of article that would have made me cringe in grad school. If you are a fellow philosophy nerd (or, God forbid, a former philosophy professor of mine) and are offended by this article, do feel free to email me with any complaints.

LESSON 1: Get moving! Exercise is beneficial for human longevity.

“Lack of activity destroys the good condition of every human being, while movement and methodical physical exercise save it and preserve it.” (Plato)

Poor Plato is often characterized as being overly concerned with what we might call spiritual or intellectual things. However, if you read the Republic you will note a consistent tendency to prioritize movement, particularly during childhood.

I find it interesting that Plato praises “methodical physical exercise” in this particular quote. This demonstrates not only a concern for movement but also for a more methodical approach to physical activity.

“In every school a gymnasium, or place for physical exercise, should be established for the children. This much-neglected provision is, in my opinion, the most important part of education, not only for the purpose of forming robust and healthy physiques, but even more for moral purposes, which are either neglected or else sought only through a mass of vain and pedantic precepts which are simply a waste of breath.” (Jean-Jacques Rousseau)

Physical activity is a crucial aspect of education. This is what I loved about the book Ignite!, which proposes a movement-centered approach to learning. As Rousseau points out here, not only does exercise contribute to strength and physical development, but it also builds character and encourages good ethical qualities like sportsmanship and cooperation. 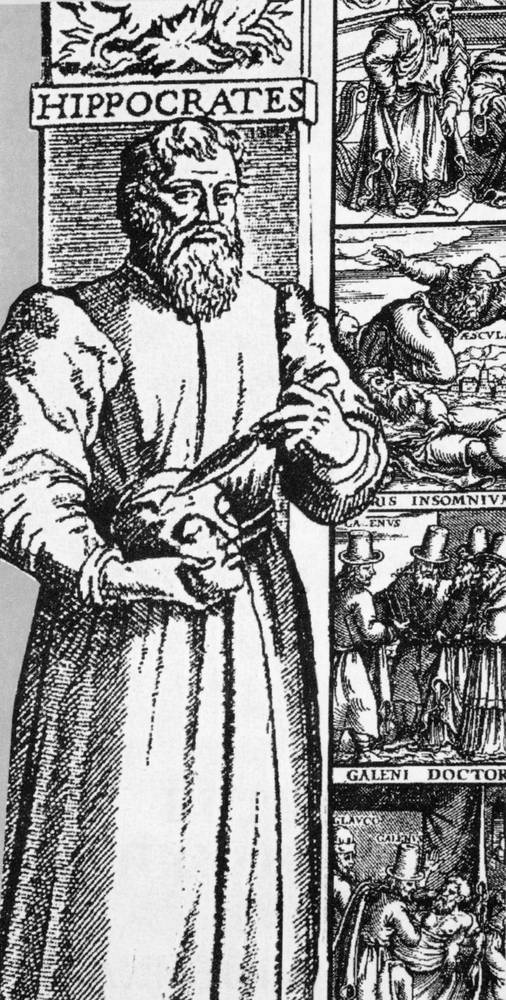 “Rest, as soon as there is pain, is a great restorative in all disturbances of the body.” (Hippocrates)

Hippocrates is known as the father of medicine, but his idea of medicine was radically different than the modern approach. For example, you’ve probably also heard the famous line, “Let food be thy medicine and medicine be thy food.”

Hippocrates’ approach to health was based primarily in diet and lifestyle habits, as these quotes indicate. Some would say Hippocrates was more a scientist than a philosopher, but I beg to differ. His medicinal practice was based primarily on his philosophical principles, and he was revered by both Plato and Aristotle.

LESSON 4: Health is the foundation.

“That is better which is inherent in things better or prior or more honourable: thus health is better than strength and beauty.” (Aristotle)

Aristotle believed that all substance has qualities that make it what it is. These are considered ‘inherent’ and are prior to, or more fundamental, than ‘accidental’ qualities. Health is inherent to strength and beauty; thus health is the foundation. No, we cannot talk about the law of non-contradiction here; there’s simply not enough room.

“How vain it is to sit down to write when you have not stood up to live! Methinks that the moment my legs begin to move my thoughts begin to flow…A thousand rills which have their rise in the sources of thought burst forth and fertilize my brain…Only while we are in action is the circulation perfect. The writing which consists with habitual sitting is mechanical wooden dull to read.” (Thoreau)

As a writer myself, I should probably put this quote in my home office. There’s nothing quite like a long hike or a workout to get the thoughts flowing.

I especially like the last line here. The internet is rife with examples of “mechanical wooden dull” writing – perhaps it’s related to computer posture as much as lousy writing skills.

“An amusing lecture is as useful for health as the exercise of the body.” (Immanuel Kant)

Go to a poetry reading, take an anatomy class, attend a film screening, or just have a nice conversation over a beer. Don’t just hole up in the gym and lift heavy stuff all day.

Even Kant recognized that you need a little balance in life. That’s saying a lot considering people used to time their watches to his daily walks.

LESSON 7: Don’t just use your body, be your body.

Ah, Martin Heidegger. Any Being and Time fans out there? I wrote my Masters thesis on Heidegger so he holds a special place in my heart. Here he recognizes an important fact – you can’t escape your body. What you do to your body affects your whole self. 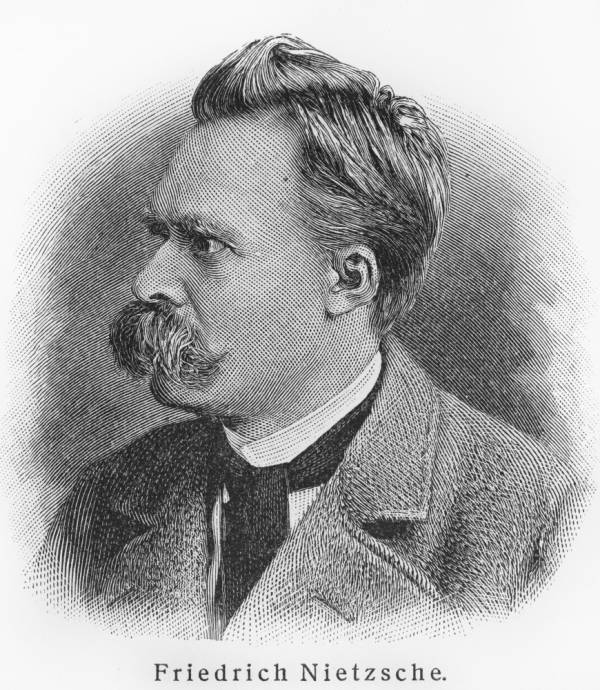 In every real man a child is hidden that wants to play. (Nietzsche)

Who would have thought this guy would say that? He certainly looks like he needs to lighten up a bit. The centrality of play to sports should be pretty self-evident, but I think we forget it sometimes.

Having children has clued me into the truth of Nietzsche’s statement here. Movement and play go hand in hand.

“Not less than two hours a day should be devoted to exercise, and the weather should be little regarded. A person not sick will not be injured by getting wet. It is but taking a cold bath, which never gives a cold to any one. Brute animals are the most healthy, and they are exposed to all weather, and of men, those are healthiest who are the most exposed. The recipe of those two descriptions of beings is simple diet, exercise and the open air, be it’s state what it will; and we may venture to say that this recipe will give health and vigor to every other description.” (Thomas Jefferson)

Modern science continues to prove Thomas Jefferson right on this one – the benefits of being outside are numerous.

In the fitness industry, we are seeing a shift toward training outdoors and for good reason. I was amused by Jefferson’s “exercise prescription” – two hours a day, as opposed to the frequent 2.5 hours per week recommendation that you get these days.

“Since the savage man’s body is the only instrument he knows, he employs it for a variety of purposes that, for lack of practice, ours are incapable of serving. And our industry deprives us of the force and agility that necessarily obliges him to acquire. If he had had an axe, would his wrists break such strong branches? If he had had a sling, would he throw a stone with so much force? If he had had a horse, would he run so fast? Give a civilized man time to gather all his machines around him, and undoubtedly he will easily overcome a savage man. But if you want to see an even more unequal fight, pit them against each other naked and disarmed, and you will soon realize the advantage of constantly having all of one’s forces at one’s disposal, of always being ready for any event, and of always carrying one’s entire self, as it were, with one.” (Rousseau)

I can’t help but think of Erwan Le Corre‘s characterization of the ‘zoo human‘ when I read this one. Philosophers have long recognized the curious way that man builds extensions of himself and thus detaches himself from his natural state.

Like it or not, technology carries within itself the danger of immobilization. That’s what I love about resources like Breaking Muscle – the process is reversed. Technology is here being used to turn the attention back to the body and strengthen it.

Now if you’ll excuse me, I’m going to go climb a tree. For more insights about philosophers and their place in the fitness world, here is a video from Monty Python: