In Defense of Alcohol: Why Drinking is “Good for You” and How to Not Get Fat from It

Thanksgiving is approaching, so here is my advice on how to gorge and guzzle, and not get fat.

Now, if my Uncle Bernard were alive – he’s not, but lived to 98 – you could ask him all about alcohol, and he’d give you a straight answer. The man, like no one else I’ve ever known, knew exactly what was proper at 5:00pm, so much so that whenever you took a picture with him, his daughter would hand him a drink, claiming no one would recognize him otherwise, which no doubt is true. His thickly cut whiskey glass was as defining to him as were his three cats – Simon, Max, and Rooster.

But he’s not alive. He’s dead, finally, and it’s hard to get a straight answer out of a dead person. But what he would tell you, like he told me, is that taking aboard a nightly drink adds twenty years to your life and increases its joys by 100%.

This might be a mildly gross exaggeration, and purely anecdotal, but the moderate drinker (a couple drinks a week), as the research clearly shows, does outlive the teetotaler, interestingly enough – and I think it is in large part due to the effect it has on stress. Alcohol, as even a college professor could tell you, acts as a depressant when taken in, and not a stimulant. It soothes you. Two drinks and it leaves you feeling slightly simmered, as if you were in a broth. You are relaxed and more sociable, because the tonic is naturally anxiolytic, and things go a little bit more swimmingly.

I am not here to make a case for alcohol, but a case against cases against it. Some people, I freely admit, are not well suited for it, as I am not well suited for going out in public, or trousers. But alcohol I do well with, in moderation. I even keep my leanness about me, too.

I’m not making a case for drunkenness either. Remember, I said slightly simmered. There is a difference. The drunkard is a baboon and hardly exhibits any worthwhile qualities. The person who is not smashed but gently subdued, or what we might modernly refer to as being tipsy, is much more humane than he normally is otherwise, and can tolerate just about any relative, even an Uncle Larry, even a Pat Flynn, and be amiable towards him, too.

I do not recommend drinking when you have work to do, however. Not a good idea. The man who has taken in a cocktail or two is in no condition, I’ve learned, to operate a kettlebell, deliver a baby, play Sudoku, execute a muscle up, bathe a St. Bernard (though bathing a St. Bernard puts you in a condition for a cocktail), or cut off a leg. 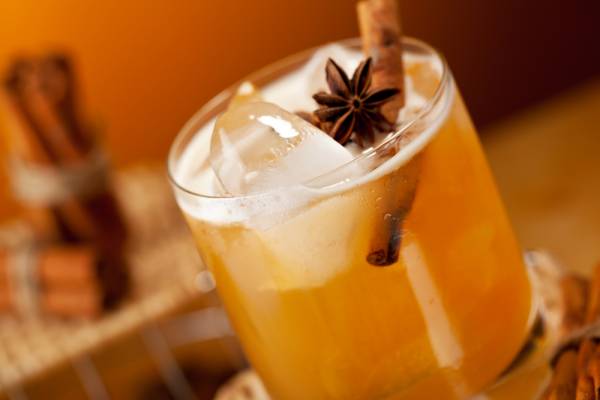 But to be direct, I will say the host of men are immediately more charming when the hour has come for them to give up the faucet water and turn to something beyond mere oxygen and hydrogen. Even my Uncle Larry, deplorable as he is, after a few, halts his tyranny. Because no man with two drinks in him ever sought to oppress another man, least not one I’ve ever met. No, the tipsy fellow is most all of the time an up-lifter. He is a lover and a caregiver, pays compliments, and winks his eye at even the homeliest of girls.

Do I need to list off the further benefits of moderate alcohol consumption, as they pertain to actual statistics, or can we pass on? To be safe: improved insulin sensitivity, lower risk of cardiovascular disease, cancer protection, warding off Alzheimer’s, improved glycemic control, better gut health (tied directly to red wine), and other such profits related to triglycerides, blood pressure, cholesterol, and right on down the long line. It would not be so seemingly farfetched to say alcohol, when applied judiciously, is a tonic for general health.

Whiskey is my preferred specimen. But it’s probably not the best choice. Red wine, as we all know, is better, and so are dark beers, too, because they are fuller of the good stuff, namely B-vitamins, antioxidants, and the whatnot.

How to Gorge, Guzzle, and Not Get Fat

Let’s get to the point of this. I want to help you have a few drinks, to accompany your dinner, or breakfast, and not feel bad about it. I’m going to give you what some might call a damage control formula, and you’ve probably seen something similar to this at one point or another, but I’m going to give you mine, which is hardly original as I just took pieces from here, there, and everywhere, but it seems to work well. Now, if you are clean 95% of the time, you can be naughty the remainder, and needn’t worry a thing about it. You don’t need what I’m going to give you. 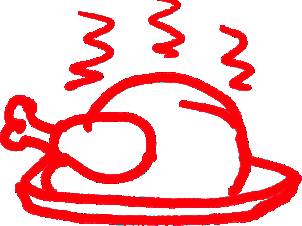 But because Thanksgiving is coming up, a time to gorge and to guzzle, and to eat corn, that is why I’m going to give this to you. Again, not because you need it (though it may very well help to mitigate some fat gain – as any meal of preposterous proportions, without proper preparation, will result in some fat gain), but because if you are anything like me, which is to say, abnormal in the general sense, obsessive compulsive, perpetually overexcited, neurotic, manic, erratic, then I think you’re really going like what I’ve got here, and a few drinks will probably do you some good. If nothing else, it helps with the rationalization process later on down the line when you’ve got your fork in your sister’s piecrust, and find yourself drinking Old Granddad out of the cat dish.

My procedure for any holiday is as follows:

To elaborate on each point:

The morning fast should last until about approximately twelve or one o’clock. Supposing you did not eat too late into the prior evening, this will give you, roughly, a sixteen-hour fast, the benefits of which, if repeated frequently enough, are enormous. (If you want to learn more you may find this helpful.) Fasting serves to increase natural growth hormone pulse and frequency, improves insulin sensitivity, spurs neurogenesis, burns fat, and restores health to the gut, liver, and soul. It also creates something of a calorie debt, or exactly that, to be repaid in chunks of turkey, malt liquor, and cobs of corn. 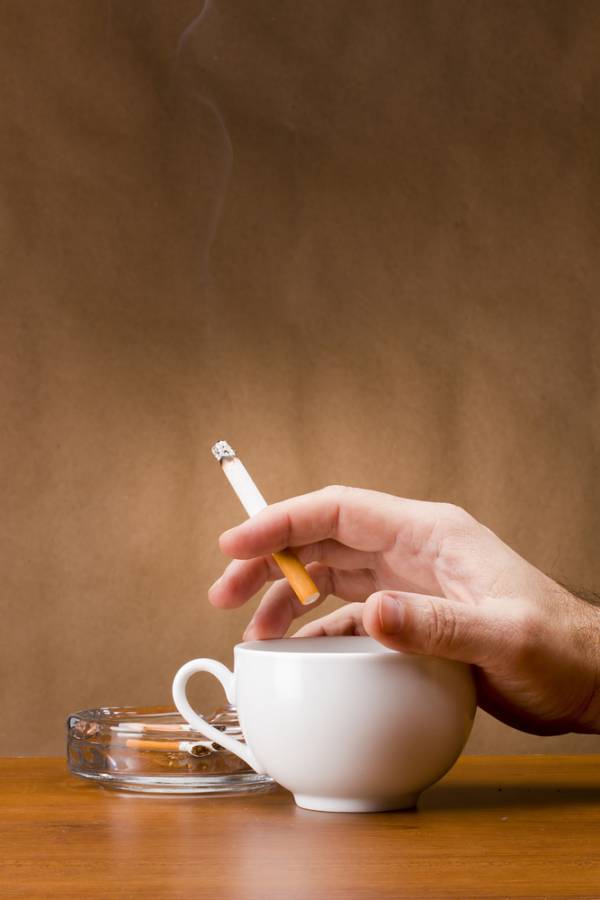 The intense workout (see below for an idea) is best conducted in a fasted state, because exercise and fasting are like coffee and cigarettes: they increase the effects of each other. The difference between the two combinations – I feel it shouldn’t even need to be brought up – is that smoking cigarettes and drinking coffee might not be totally good for you.

The exception to this, of course, would be my mother, whose daily behavior would otherwise kill a human, or at least afford them the luxury of dialysis. But not my mother, this would not suit her. Instead, she defies all known laws of physiology and makes a mockery of science and good sense by being very simply a going concern; and whatever one thinks they might avoid by taking proper care of themselves, she has avoided it all, by doing precisely the opposite. I speak with some spite, naturally, though I love my mother dearly.

Still, I recommend taking good care of yourself, because the odds, it appears, are still in your favor for doing so. Exercise and fasting are choice. Coffee and cigarettes are hard to recommend.

Leading up to your feast, just nibble on some light protein throughout the day, keeping the carbs and calories low. When I say nibble, I really probably mean sip. A good organic whey protein, with no nonsense in it, is a fair selection, if you have the tolerance for it. If not, go back to nibbling.

Everything thus far has been in preparation for the feast: to deplete glycogen, to bring insulin to a trickle, and to make room, metabolically speaking, for a substantial caloric load, and a few drinks, too. Does it all really help? I think it does, yes, even if it’s just to a minor extent.

But more so, I like the idea of earning my banquet, thinking I’ve worked hard for it, and paid in sweat and labor and cleans and presses. It’s primal, I guess. Almost like I’ve been out on the hunt all day, toiling through Mother Nature, messing her blouse, looking for a critter, and with my superior genius, trapping the varmint, and murdering it, sending its spirit off to Bliss Eternal, and its meat into my belly directly. But I could not do this in real life, because I haven’t the character to do it. Which is why for my family I buy an Eberly turkey instead, from the store down the street, and roast it in the oven at the exact wrong temperature so when it finally does come out, it’s thawed perfectly and I get banned from cooking ever again, which is ideal.

500 swings should do you nicely for an intense pre-holiday workout, which you can easily get done through Dan John’s 10,000 Rep Swing Challenge. For more on fitness minimalism, primal movement, and metabolic conditioning read this.

My thesis is that most men, and women, too, are slightly better off alcoholized than not. Not all of the time, but some of the time.

It’s nearly five o’clock, and time for me to walk down the street to Station Taproom for some beer and fresh cheeses. Sam will probably serve me. I hope you have a good Thanksgiving, and if you give this whole workout and fasting thing a go, let me know how it turns out for you. Cheers.