One year ago I interviewed Bill Vick regarding his battle with idiopathic pulmonary fibrosis. You’re thinking, “What the heck is that?” Well, it’s an incurable disease. But Bill Vick is defying the odds and surviving it.

TOM: Could you give us a brief synopsis on what IPF disease is?

BILL: Idiopathic pulmonary fibrosis is classified as a rare disease, which means there are fewer than 200,000 diagnosed patients with the disease. However, more people die from it each year than either breast or prostate cancer. The numbers are as follows:
It is a disease with no cure, with the exception of a lung transplant – and less than 3% of the 200,000 patients have a hope of a transplant. The symptoms are often confused with other conditions and the majority of doctors have no experience with IPF. It is often misdiagnosed as asthma, bronchitis, or COPD.
IPF is caused by a buildup of fibrosis in the lungs, caused by the body’s own autoimmune system gone wild. There is no hope of a cure on the near or far horizon. Somebody dies from IPF every thirteen minutes – close to one hundred people a day, every day, every week, every month, every year. This translates to those 40,000 deaths each year. The symptoms are a persistent dry cough, shortness of breath, fatigue, and weight loss, all easily confused with other diseases or illnesses.

TOM: Out 0f 200,00 inflicted with the disease, you are a rarity because you have improved. What is your take on this?

BILL: For reasons not known or understood by the medical community, I am one of the few IPF patients who has stabilized the progression of the disease and actually shown improvements in the measurement of my lung function. Pulmonologists shake their heads in wonder with no explanation why. However, recent evidence shows that over 45% of all deaths in the United States have a fibronic component. It may be by the lungs, but could be by the heart, stomach, kindness, or liver. It does not go away. It is my personal take that IPF is the body’s autoimmune response to something as innocent as feathers, or it could be drugs such as statins, inhaled silica dust, fungus, or other things.
But the reality is, once you have the scarring in the lungs caused by an autoimmune response, the lung tissue does not regenerate. My goal has been to tamp down the autoimmune response by increasing my antioxidant level and probiotics (good bacteria) in my gut. I believe – along with the support of some pulmonology research – that the function or efficiency of the lungs can be enhanced through exercise. My strategy is to eat a proper diet, exercise, reduce stress, and possess a positive mindset.

TOM: As you mentioned, life is essentially the sum of the choices we make. How can healthy and aspiring breakingmuscle readers – both young and older – use that approach in their day-to-day training?

BILL: I spent ten to twelve hours a day for weeks and months on end to come up with my own conclusions on how to best treat IPF because the medical community really has no answers. It became obvious to me that I had to tame the autoimmune response from whatever was setting off my body’s response. I had to boost my ability to heal, as well to make my lungs work better.
The diet I choose to follow is the Primal Diet, a close cousin of the Paleo Diet as originally authored by Dr. Loren Cordain. The Primal Diet, as formulated by Mark Sisson, is more forgiving than paleo. I have followed it since early 2012. 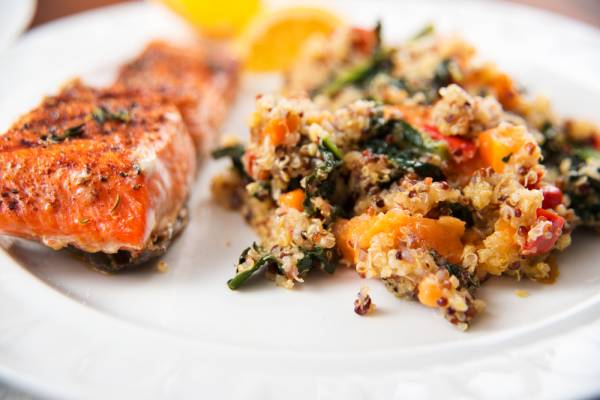 When I first started the diet, I could not walk around our local shopping mall without stopping to catch my breath, or do what is called pursed lip breathing to help saturate my blood with more oxygen. I also started to follow an exercise routine that balanced aerobic conditioning with a combination of weight lifting, speed walking, sprinting, and swimming. I take no drugs outside of a baby aspirin, but I do take supplements and vitamins. I had been taking Wellbutrin, Crestor, and Nexium. I stopped them cold when I started the new diet.
A magic date for me is April. It is not only my birth month (I’ll celebrate my 76th birthday this year), but in January of 2012 I was told I would be on supplemental oxygen by April of that year. This April, two years later, I am running in a 5K, will swim 2,000 or more yards twice a week, run or sprint for thirty minutes twice a week, and lift for roughly an hour twice a week. I lost eighteen pounds as a result of the disease, but my body fat is just under 12%. I’ve gained six pounds back via proper training. An additional goal of mine is now training for a sprint triathlon this fall.

TOM: Could you elaborate on how you have benefitted from your diet? How could the average athletes apply it to their specific training regimen?

BILL: I have eliminated wheat from my diet, along with sugars, processed foods, and milk. I eat more real food, including good fats. I balance meat, fowl, or fish with vegetables such as sweet potatoes, and my personal favorite, the go-to green vegetable – kale.
The reason for avoiding wheat is gluten. Gluten has so many negative effects on health that are beyond the scope of this interview to discuss. Similarly, cow’s milk intake can be a negative due to its lactose content. Although I’m not gluten intolerant, I feel it is one of the bad guys if you want to live well.
Nevertheless, I do drink a fermented milk drink called kefir, which is 99% lactose free. It is my main source of probiotics. Since drinking kefir I have eliminated the awful experience of acid reflux. I now drink nearly a gallon of kefir each week. It’s also a great source of protein and calcium.
I consider breakfast as important as lunch and dinner. It may consist of anything from eggs, chicken, or another protein. An example would be two eggs fried in butter, a strip of thick nitrate-free bacon, a slice of gluten free toast, and a glass of kefir. The same for lunch and dinner each day. I enjoy a glass or two of red wine and often have dark chocolate or yogurt with berries for desert.
When I tell people I regularly eat eggs and butter, their first reaction is, “But what about your cholesterol?” Ever since I had two stents fifteen years ago, I regularly see my cardiologist and go through a stress test each year. I learned that the important cholesterol numbers are not simply your LDL or HDL levels, but a measurement of the particle size, particularly your LDL. It can be small and hard or big and fluffy. Fluffy is good and my numbers have actually gone down, drug free, since I went on the Primal diet.
Here is my advice for anyone who wants to live a fuller and fitter life. It’s all about three simple but important things:
Ditch the wheat, sugar, and processed foods in your diet and eat more grass-feed beef, natural chicken, and fish. Eat good fats and plenty of vegetables, but fewer carbohydrates. Eat like humans prior to the agricultural era.
Exercise is something you should do every day. I don’t believe excessive running is good for you. Aim for shorter, high intensity interval training along with simple bodyweight conditioning exercises and strength training. Become familiar with the Tabata protocol and until you know your way around a gym, invest in a sensible coach.
Play every day. It might be throwing a ball for your dog (or kids), walking the golf course, or just rediscovering your inner child. Whatever it is, do some every day that is pure fun, engages others, and allows you to smile and laugh out loud. Walking is still one of the best, cheapest, and most available exercises. Strive for 45 minutes each day regardless of what other activities you might schedule. 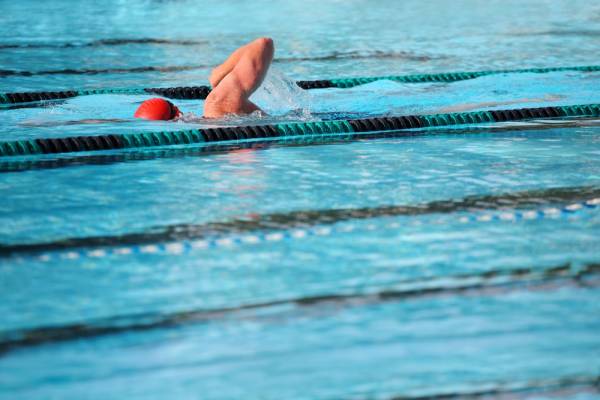 TOM: What does your current physical training program consist of?

TOM: Bill, you are an inspiration to so many with your perseverance and exceptional attitude during this bump in the road of life. We wish you happiness and continued years of productive training.