Seattle, Washington, USA. We all know about Bill Gates and Microsoft and the Space Needle from the 1962 World’s Fair. Caffeine addicts know it as the birthplace of the Starbucks chain of coffee houses. Rock music fans know it as the city that spawned Kurt Cobain and other grunge rock acts.

Okay, you’re probably wondering when I am going to bring the topic around to weightlifting or at least some other sports? What does Seattle have to do with anything?

The Importance of Competition

Well, there’s another iconic institution in the Seattle area to which weightlifting, and indeed many other sports, owe a lot. The Boeing Company. Their commercial jet aircraft manufacturing plant is located in suburban Renton and employs thousands. And what does this have to do with sports and, in particular, weightlifting?

In most sports, athletes begin by competing with those in their own neighborhood or city. After topping all the opposition in one city, it is natural to wonder how you’re going to do competing against those from that city down the road. Now just keep this process going until you are wondering how you will do against athletes from all over your country. Then, it is another short jump to wonder just how good you really are in the entire world.

But you will have to find some way to meet these people if you are going to compete with them.

The Difficulties of Travel

Enter Boeing. Prior to 1954, national championships had difficulty attracting the very best in any sport. In large countries like Canada, the United States, or Australia, it was difficult to travel from one end of the country to the other. The option of flying was available, but was beyond the budget of most people, young athletes especially. So flying was out of the question, as was driving. Many athletes simply had to stay home.

I remember reading of one transcontinental train trip that U.S. and world champion Isaac Berger took from Los Angeles, California to Daytona Beach, Florida to lift in the 1958 Nationals. Then, he would presumably have had to take that same trip back home after. The train trips took up a lot of time – time that could be better used training or even working for a living. Not only that, an active athlete would feel very constrained sitting in a chair for several days.

Things were even worse on international trips. In the early days, the U.S. weightlifting team would go to the world championships in Europe via boat. This tied up a week of sailing time getting there, another week returning, plus whatever train trips were required to get to and from the East Coast. All world championships were held in Europe and most European countries were represented since their distances were not near as daunting. But few non-Europeans entered. Money was a factor, but so was the time problem. Even richer people just couldn’t take that much time off.

The Significance of the Boeing 707

The Boeing people would change all that. In 1954, the Boeing 707 rolled out of its hangar. It could hold nearly 200 passengers and was capable of nearly double the speed of the fastest propeller-driven planes of that time. Instead of props, the 707 had four jet engines capable of moving it at 585mph.

The continent could now be crossed in four or five hours in a single hop when it used to take all day on a milk run. Even more ominously, the Atlantic could now be bridged almost as easily. Unfortunately, the cost of air travel did not change dramatically with this development. The average person only flew when it was absolutely necessary or when time constraints dictated. 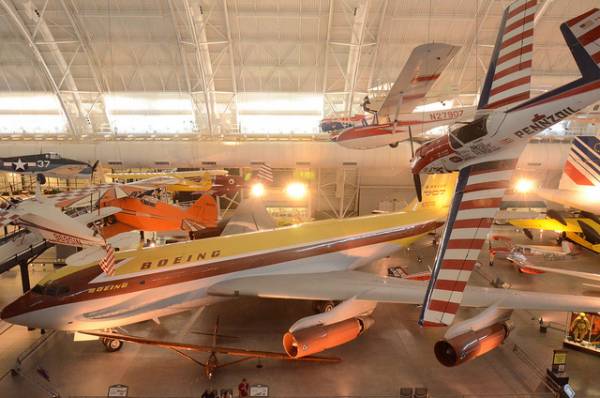 But transcontinental flights were now at least possible. While most weightlifters could still not afford to fly, other professional sports benefitted greatly, baseball in particular. In the 1950s, baseball teams played 154 games over six months, playing almost every day. They would travel by train, which pretty much restricted the game to the U.S. The farthest trip in the league was to St. Louis and later Kansas City. Anything further west than that was just not possible with the schedule.

However, when the jet plane came out, it was possible to go all the way to the West Coast in jig time. Big-league ball arrived on the West Coast. (Dodgers and Giants fans have probably never forgiven Boeing for their insidious invention.) After that, the map filled in nicely, to the point where every major city in the U.S. and one in Canada now have Major League Baseball teams. That could only have happened with the jet. In 1960, the jet also enabled the American Football League to come to many long neglected cities.

The Game Changer for Sports

But the sport history-making aspects of all this did not end with the 707. A decade and a half later, Boeing came out with the 747. A huge plane holding 450 seats or even more, and also with a horrendous amount of freight capacity. Most importantly, the 747 did not use all that much more fuel than the 707, especially on a pound-for-pound basis.

This development is what made air travel affordable to the masses. Air travel is now our first alternative, not our last. The new low cost made trips to other continents easy and economical. As a child, few people I knew had ever been to Europe, other than the immigrants among us. But after about 1970, most of my university friends had started traveling to Europe on a regular basis. My sport colleagues have all been overseas many times.

This opportunity was not lost on the world of sports. Championships in weightlifting became real world championships. Most of the events were still in Europe, but they were attended by those from Australia, East Asia, South America, the Middle East, and even a few from Africa. Cost and time required for travel had all but eliminated these countries from true world competition up until then.

It is also these factors that enabled junior world championships in weightlifting and other sports to evolve. What would have required taking way too much time off of school now can be done over a long weekend. I saw this on my recent trip to Peru. Sixteen-year-old athletes, mostly from modest income levels, were able to take a day or two off school to compete. And not only that, but their parents were also able to go and watch them. 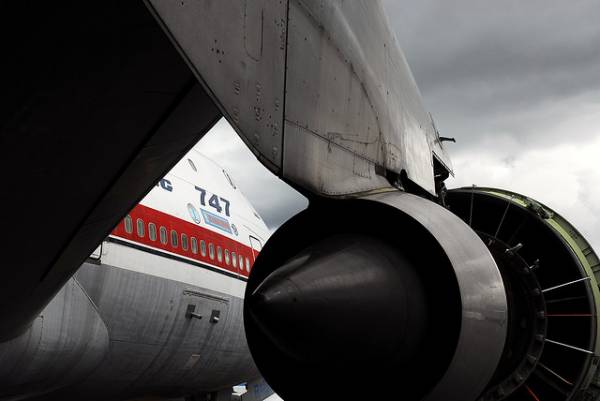 The Evolution of Sports

Cheap air travel has enabled the evolution of traditional sports and the inventions of many more new sports than we had in the old days. Just look at all the new sports in the winter and summer Olympics. None of this would’ve been possible were we still operating with the slow and expensive travel arrangements of years ago.

Although there are undoubtedly other factors to consider, it must be remembered that at least some of the increase in performances over the last few decades have been brought about by the 747. Its contribution to support development needs to be appreciated more. I wonder if even Boeing is aware of their pioneering role in sport development.

Photo 3 “Spirit of Everett (The First 747)” by Spappy.joneS Attribution-NonCommercial License.