The Biggest Loser: A CrossFit Perspective on Rachel Frederickson

Shouldn’t we get excited when someone who is out of shape, unhealthy, overweight, weak, or recovering walks in to our box? That’s what this movement is supposed to be about.

On February 4, 2014, The Biggest Loser contestant Rachel Frederickson stepped out onto the stage of the show’s finale, to the collective gasps of the nation. She’d gone from an obese 260lbs, to a gaunt, skeletal 105lbs. Her face was drawn, her arms looked near anorexic. The public’s reaction was swift. Her weight loss was called “shocking” by the blogosphere. The shame-on-you finger pointing that followed was loud and clear – from repeat Facebook shares of the before-and-after pictures, to the tweets shaming her for torturing herself just to win a contest, to blame-gaming the show, the trainers, the very premise of weight-loss as a televised contest.

Rachel was damned either way – too fat, too skinny. Even though she won The Biggest Loser, she didn’t really win. In fact, I suspect the hive is sitting back just waiting for those first weight-gain photos so that they – or rather, we – can judge her all over again.

No one really knows what brought Rachel to the point of having gained so much weight to begin with. Clearly, she has her food issues, and I hope the nutritionists aligned with the show were able to arm her with the tools for a lifelong healthy relationship with food. However, an unhealthy relationship with food is usually a symptom of a deeper issue. I also sincerely hope that even amidst the binge training the contestants do on the show, that they are left with a template of how to train on their own – properly and safely. Based on the amount of post-show weight gain the contestants experience, though, my hopes are not high.

Who Are We to Judge

We all have our demons. None of us has the right to sit in judgment of anyone else. One man’s food is another man’s heroin. Every person carries with them the cumulative experiences of a lifetime of good, bad, pain, rejection, love, tears, happiness, soul crushing, peace, and torment. We all medicate in some way, whether it’s seeking the dopamine high of the first bites of food or the high that comes with a personal record on a snatch. Many of us, I dare say most of us, got into CrossFit because of some demon with which we were dealing. Everything we do and every thought we have is colored by the story that was created by our lifetime of experiences.

We’re all chasing something. Whatever hole was dug out of our psyche as kids, we seek to somehow fill in with approval. That approval comes in a multitude of forms, and for Rachel, it seems as though food was merely replaced with the approval she could get from winning. I can almost hear the thoughts in her head as she weighed eating solid food in those last couple of days before the finale against the idea of the thunderous applause and confetti dropping. Many of us know that desire – it’s what keeps us moving in some of those painstorm workouts when we’re about to win. It’s not healthy. 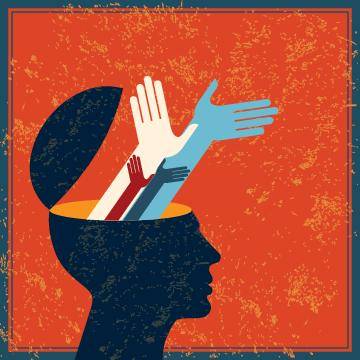 As I write this, the show Hoarders is on in the background. What is fascinates me about this show is that they always address not just the mess in the house, but also the mess underneath. The first person in the door is the psychiatrist. Before they throw away one stuffed animal or one moldy loaf of bread, the psychiatrist attempts to uncover the issues that drove the hoarder there in the first place. Then and only then do they haul away the junk and clean up the house. And the rate of long-term success seems to be fairly high. Moreover, this is not a game show, and nothing is won.

The Biggest Loser seems bent on exploitation rather than true help and long-term success of the contestants. Otherwise, they would ease off the food challenges, the shirtless weigh-ins, the $250,000 carrot, the live audience, and the confetti.

What This Has to Do With CrossFit

How does any of this related to CrossFit? Can we as CrossFit coaches uncover the mess underneath of the clients that walk through the door? Not really. The great majority of us are not psychiatrists nor qualified to even attempt to work with our clients in that way. But how would Rachel Frederickson’s journey to weight loss have been different had she walked into the box at which I work? What if she had declared that she’d like to turn her fitness over to us and hadn’t auditioned for The Biggest Loser?

Every single one of us needs to be prepared to answer that question, because Rachel is most of the clients who walk into our boxes. Some overweight, some with eating disorders, some with self-esteem issues, some with stories we will never know. We get really excited when some hotshot athlete walks in and sends our regionals-team stock through the roof. But shouldn’t we get more excited when someone who is out of shape, unhealthy, overweight, weak, or recovering walks in? That’s when we have a chance to make a real impact on someone’s life, health, and fitness. That’s what this movement is supposed to be about. Not the sport.

It’s not just enough for us to train clients into submission – to haul away the junk without considering the possible issues underneath. And like I said, 99.9% of CrossFit trainers are not psychologists or therapists, but consider the power of the system we have at our disposal: community, subject matter experts, community, role models, and community. 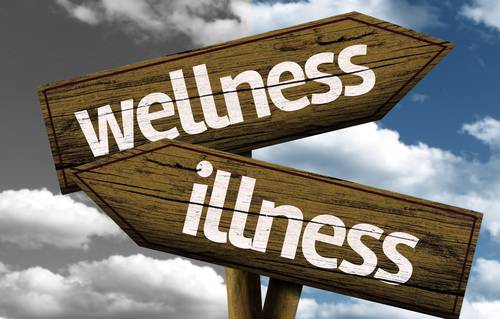 So if Rachel Frederickson walked into Cincinnati Strength the first thing I would do is introduce her to some of the women there that represent strength and health. Chelsea, Megan, Jessie, Kathryn, the four-horsemen of the 2013 regionals team. These women demonstrate raw strength and skill combined with highly realistic and healthy approaches to food and body image – while training hard without over training. Then I would invite Rachel to look around at a room full of men and women who train on a daily basis not for regionals, not for the games, but for a lifetime of health and fitness. I would invite her to listen to the constant conversations about nutrition taking place all around her. Conversation from people who know what clean eating is about, have tinkered with recipes, and have found success at taking in the right amount of nutrients to actually fuel. People who have achieved balance.

Rachel would then join the classes with the community. People who push each other, but never scream or humiliate. People who come together for a common goal of long-term health rather than some quick payoff. She would get a lot of encouragement from people like Cody, Ryan and Will – people who always peel themselves off the floor to cheer on their classmates. She would meet Kerry, who would show her what it’s like to love to squat.

A Rachel Frederickson is going to walk into your box this week. As coaches, trainers, owners, and fellow athletes, it’s not necessary to be able to uncover the mess underneath. But just understanding it is there, that we all have our story, will allow us to bring this new person into the community and do what we do best – provide the tools not for a grand finale payoff, but for a lifetime.