In an article a few weeks back, Paleo f(x) co-founder Keith Norris described the event as “an experience in every sense of the term.” As I sit in the car on my way back home after three days at the event, I can say this description was right on. Here’s a glimpse of my own experience at Paleo f(x) 2014.

What I loved about the strength and conditioning platforms at Paleo f(x) is the same thing I love about Breaking Muscle: diversity and innovation. Gymnastics, powerlifting, Olympic weightlifting, CrossFit – these were a few of the fitness subcategories represented in the Paleo f(x) workshops.

One of the highlights of my own experience was a workshop I attended on Saturday with Eva Twardokens. I’m a big fan of Eva’s and have enjoyed her previous features here on Breaking Muscle, so when I found out she was doing a workshop on the squat and deadlift – just for women! – I had to attend. I also got to be in a group with Melissa Joulwan, Stacy Toth (author of one of my favorite cookbooks, Beyond Bacon), and Summer Inanen, which added to the experience even more. 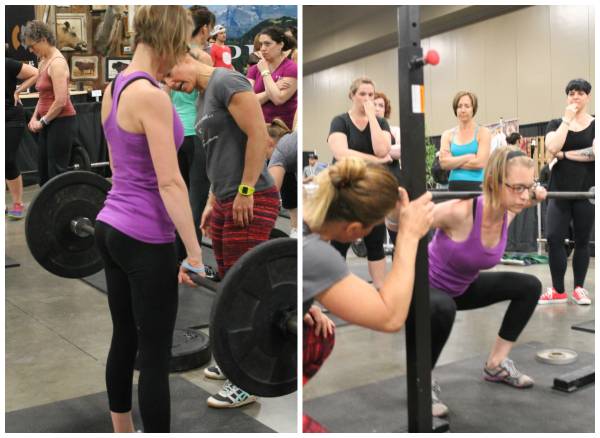 Other fitness presentations we attended included:

It was exciting to see the variety of medical practioners who attended Paleo f(x), not all of whom were necessarily even strict paleo themselves. I have a history of diabetes in my family and particularly enjoyed Dr. Rakesh C. Patel’s presentation on how a ketogenic diet can be used for diabetes treatment. There are so many discussions I missed in this area on topics outside of the ones listed below, including autoimmunity and seizures. 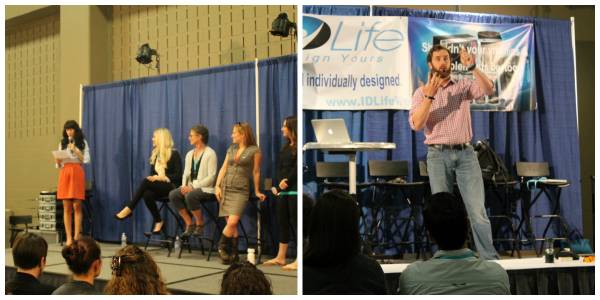 This was a prominent aspect of Paleo f(x) that I didn’t expect going in. The paleo movement is helping people, so I guess it shouldn’t have been surprising to see a great deal of commentary on how our food and lifestyle choices affect society on a larger scale. These panels took me back to my grad school days, with open and constructive dialogue on a variety of topics, from raising boys to using entheogens.

Other presentations on social topics included:

In addition to the sessions listed above, I was excited to chat with Caroleen Moise Reimann, director of the upcoming film We Love Paleo. Caroleen and my son Jude hit it off right away.

The weekend was serious, but gravitated by an element of fun and play. Darryl Edwards made sure everyone had the opportunity to play throughout the day with his free Primal Playouts. It was cool to see groups of all different ages and fitness backgrounds getting outside for some group interaction and a fun, but surprisingly tough workout. 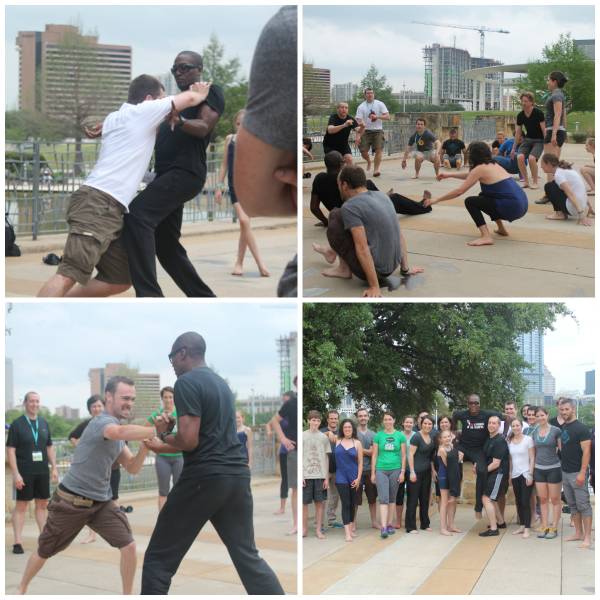 There was an obstacle course in the center of the expo, and it was fun to see people give it a shot. Even Charles Mayfield (accompanied by kiddo) and Ben Greenfield joined in the fun. In the future, I think one way the event could be improved even more would be to offer some kind of primal kids pit where children could play while their parents attend lectures. 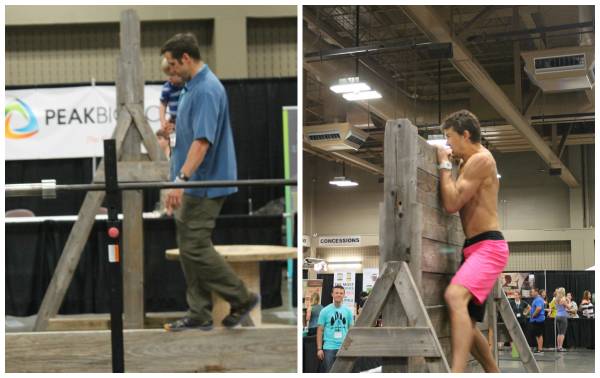 That said, if you are a parent wondering if the event is family-friendly, I can assure you it is (aside from Tucker Max’s social commentary, that is). My husband and I toted around our seven-month-old son all weekend, and I think he had just as much fun making new friends as we did. Jude especially enjoyed flirting with the ladies at the Primal Pit Paste booth, who took the photo below. 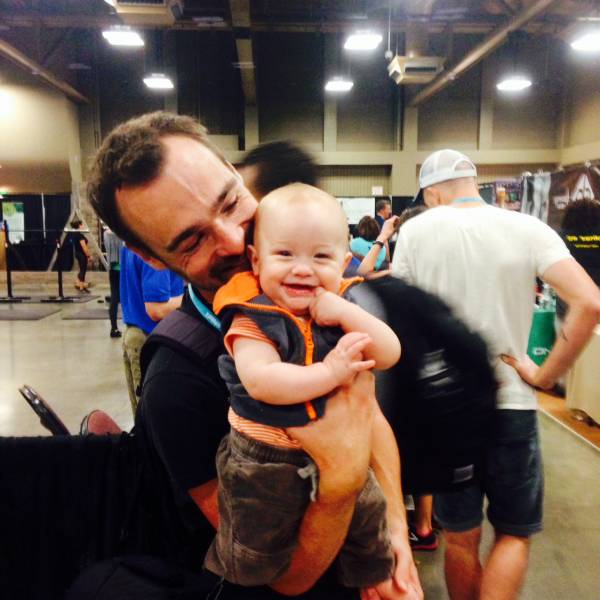 Although I didn’t get to attend every lecture or workshop, I made sure to try all available samples at Paleo f(x) at least once! In all seriousness though, we hear a lot about voting with our dollars these days, but it can be hard to know where to start. I enjoyed learning about the many emerging foods, supplements, and health care products the paleo community has to offer. Paleo seems like a large population on the Internet, but as Mark Sisson mentioned during the Robb and Mark show, it’s actually a small world. Seeing these companies, many of which were new this year, was a healthy sign that paleo ideas are catching on in the marketplace. 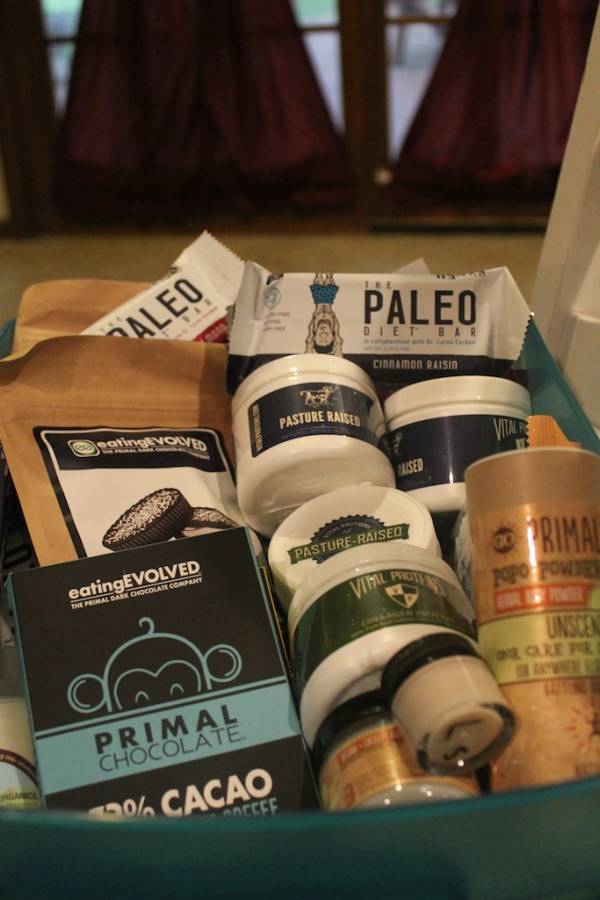 All in all, though, what pulled the event together was the amazing crowd of people – speakers and attendees alike. As cool as the Internet is, there’s something about physical human comraderie that can’t be beat, especially when you’re hanging out with like-minded people. And I forgot to mention – the venue was amazing. I loved spending time in Austin, and the Palmer Events Center was the perfect venue. (By the way, if you ever find yourself in Austin, you must visit the Picnik food truck and order a Yeti. You won’t regret it.) 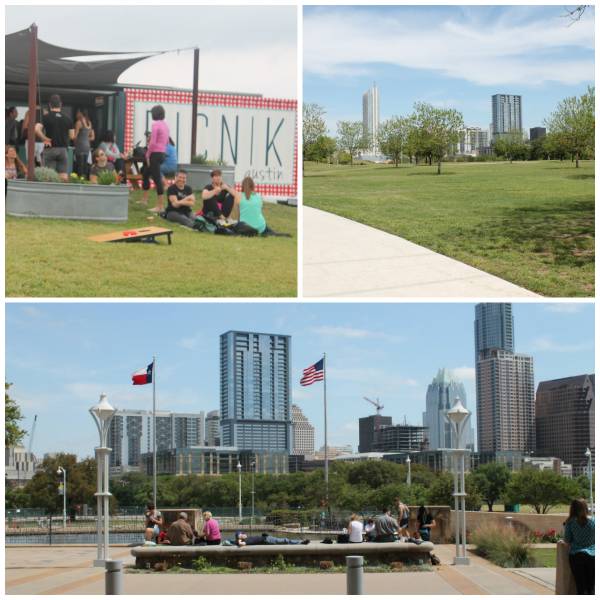 I’d like to extend a very big congratulations and thank you to the entire Paleo f(x) team who made this event possible. Leaving Paleo f(x), my husband and I both noted we wished we could travel back in time and see everything we didn’t get to see. Good thing there’s always next time!