No exercise is quite as feared, or revered, as the barbell deadlift. It is probably the oldest barbell exercise in existence. The day the barbell was invented, you can bet someone tried to pick it up off the floor. It is the obvious thing to do with a barbell, isn’t it?

No exercise is quite as feared, or revered, as the barbell deadlift. It is probably the oldest barbell exercise in existence. The day the barbell was invented, you can bet someone tried to pick it up off the floor. It is the obvious thing to do with a barbell, isn’t it?

To be crystal clear, there is absolutely nothing unsafe about a correctly performed deadlift.1 In fact, learning to correctly lift something heavy off the floor is one of the best investments you can make for your training.2 Anyone who claims that deadlifts are unsafe makes it immediately clear that they do not understand how to deadlift. As such, they are 100% correct; deadlifts dangerous for them. Improper deadlifts are indeed unsafe.3

Not All Deadlifts are Equal

Specific arthrometric considerations can determine the best way for you to deadlift. Many believe that you should only deadlift with a conventional stance, or a sumo stance, or some other specific method. We are not all built the same, so why should we all perform a movement the same?4 It’s perfectly normal to change your grip width for the bench press or your stance in the squat. The same applies to the deadlift.

First, let’s define the deadlift as lifting a barbell from the floor.5 Rather than consider the Romanian deadlift, rack pull, and other variations, this article will strictly discuss deadlifts from the floor.

The two main types of barbell deadlifts are the conventional deadlift and the sumo deadlift.

The conventional and sumo deadlift both use a straight bar and begin at the floor. Both are a hip hinge movement, meaning that the hip extensors (glutes and hamstrings) are the primary movers. The mechanics differ slightly for each variation due to stance and placement of the load relative to the body. However, the hip extensors are always the primary muscle group trained in any deadlift.

Many will argue that one variation or the other is safer, better for developing specific body parts, or better for certain athletes. You are far better served to allow your anatomy to dictate how to pull from the floor than any misguided idea to target different muscles. Performing the right variation will allow you to lift more weight in a safer fashion.6 I have yet to see any evidence that lifting more weight with less risk of injury is a bad thing.

Choosing the Right Deadlift for You

Below are some guidelines to determine which variation is best for you.

Not sure what any of these terms mean? Some are self-explanatory, such as long femurs. A good coach or physical therapist can assist you. You can also use hip tests on YouTube to determine for yourself.

Trap bar deadlifts are prominent in strength and conditioning gyms and are a staple in any sporting club gym or university gym. They are generally easier to teach, an important consideration when training large groups. If you have access to a trap bar but no good coach, the trap bar is perhaps a better option for you.

Modifying for Your Body

I began the article by stating that a deadlift always begins from the floor. While generally true, there are those who, due to anatomy or previous injury, simply cannot perform a proper deadlift from the floor. If this is you, are you better to push through and grind out deadlifts with less than proper technique? Of course not. Raise the damn bar! 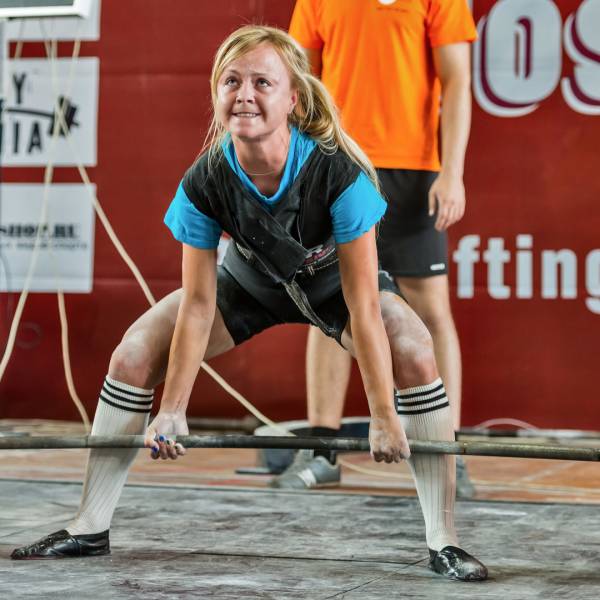 Only powerlifters truly need to deadlift from the floor, as the rules of their sport require. Use blocks to reduce the range of motion of your deadlifts. If your choice is between deadlifting from blocks or not deadlifting, you should deadlift from blocks. This does not need to be a permanent change. If returning from injury, simply lower the starting height as you become more comfortable deadlifting.

Your main priority is quality and longevity. If you are to take away one thing from this article, let it be this: pick the deadlift variation that suits your body type and enables you to lift the most weight in the safest fashion.

Max Gedge would describe himself as somebody who stands out in the fitness industry, primarily due to being a head taller than everybody else.

As an experienced Strength Coach and Exercise Physiologist based in Melbourne, Australia, Max has over a decade of industry experience involving dozens of sports at both the amateur and elite level in addition to postgraduate qualifications.

His interests lie primarily in sports rehabilitation and high performance, and he works with both male and female athletes. Having trained international level athletes across three different sports, Max has learned that the same methods that worked for them can work for all athletes.

As an avid Brazilian jiu juitsu competitor, Max has developed a keen interest in applying strength and conditioning principles for martial arts competitors to bring them our of the dark ages and into the 21st century.