One of the things that has always stuck in my head as far as training goes is to do the opposite of what most do. Breaking Muscle athlete and super-coach Charles Staley is the guy who said this. It’s a fairly simple concept. If you see people using machines, then do free weights. If you see people doing chest and biceps, then do legs.

But the biggest disconnect usually comes when we talk about volume. Everyone knows typical gym training begins with three sets of ten. There is actually some science behind that. Back in the 1960s, Dr. Thomas DeLorme found that people responded better to multiple sets than they did to a single exposure, both in terms of building muscle size and strength (which explains why high-intensity training doesn’t work long term).

While sets of ten will work to begin with, they do have some limitations, especially for the natural trainee. Sooner or later the decreasing intensity in these sets of ten will have you need to work fewer reps per set. To begin with, a set of ten may leave you out of breath and flushed, but it won’t stay that way. The best way to think about it is like going for a jog. At first it’s difficult to even get around the block, but if you keep running those relaxed runs, you will be covering more and more distance pretty quickly. And at that point the only way to get fitter is to run faster

It may seem like a strange analogy, but there are far more similarities than differences between strength and fitness training. Beginners usually find themselves training at around seventy percent of what they are ultimately capable of. In fact, there is even a table to work out how hard you are working based off how many reps per set you are doing called Prilepin’s Table. A single set that is the heaviest thing you can lift once and once only represents 100% of your maximum. Looking at Prilepin’s Table, you’ll see that it goes down and eventually ends up at sets of ten and a corresponding seventy percent effort.

One of the things people often lose sight of is how many total reps are in a session. There’s a real reason why top strength coaches record not just weight, but sets and reps in their students’ work, as it helps to calculate the total intensity for the session, and even the training cycle. When you look at successful training plans the majority have one big thing in common – they share a total number of reps between the mid twenties and low thirties.

But there’s one incredibly valuable scheme that is overlooked in these plans, and that is the flip side of the old three sets of ten. What happens when you do ten sets of three? <strong”>Let’s look at some of the benefits of 10 x 3:</strong”>

This style of training allows for much greater stimulus to be applied to the muscles, which will result in greater strength and hypertrophy along the way. This is a great tool to use with opposing muscle groups and big lifts. Good choices are: 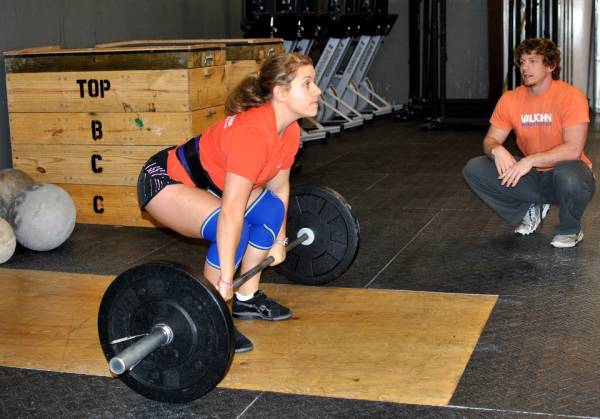 It can also be used to good effect on its own, and Westside Barbell made the 10×3 workout famous when they started using it for speed work on their Dynamic Effort days. For people who have never tried it, the end result is similar to what Dan John had in mind when detailing the One Lift a Day program. Just know that ten genuinely hard sets of three in a big exercise will take some time to get through, and the rest needed to do all this properly will make what seems like a small workout push out to the hour mark.

I’d suggest scheduling no more than two workouts per week for the ten by three sessions and using lower intensity work on the other days. A good sample split would be:

Give it a try for six weeks and see how fast you grow in size and strength.