We all have our weaknesses. You know, those things you skip out on or (not-so) silently protest when you see them programmed into your workout. Come early and stay late to tackle your goat? Maybe tomorrow. Only you can make excuses for why you haven’t nailed the double under or conquered a strict pull up. But I can give you some reasons as to why – despite your best efforts – you are not getting stronger.

For those of you who leave the mind-body connection to the Zen masters of the world, now is your chance to understand why you, too, need to be one with your body. Body awareness, or proprioception, is your body’s position sense and the key to successful movement. Close your eyes. Is your left knee bent or straight? How do you know? You just know, right? No. Proprioception is how.

Someone once asked me, how could a person be “good” if they don’t know what “good” looks like? At the time, this advice was intended to motivate me to lead my staff by example, but I later realized this person was 100% right. I’m sure this was great general boss-employee advice, but I’ve found that this is also some of the best advice for movement. If you don’t know what good looks like – or better yet feels like – you don’t have a working model to help guide your behavior.

“Pinch your shoulders back,” “Pull your ribs down,” and, “Reach your tailbone back,” are a few examples of cues that are usually met with blank stares. Pinching shoulder blades often turns into a shrug, pulling ribs down looks like a crunch taking the shoulders along for the ride, and people trying to reach their tailbones back look like they are auditioning for Soul Train. Even some of my best athletes have no idea what “good” looks like and they certainly have no clue as to what “good” feels like. So, if you don’t know what to feel, how can you activate and strengthen those muscles? This is reason number one you aren’t getting stronger.

You might be starting to pick up on the fact that I’m a huge physical therapy nerd, but long before I was geeking out about anatomy and movement, I was a different kind of nerd. I was in the band. In the seventh grade, I was selected to play the clarinet in an all-county orchestra comprised of other nerds, just like me. All of us talented (awkward) individuals were given sheet music ahead of time so we could learn the song. When we assembled as a group, we divided into sections (winds, horns, strings, etc.) and began to practice. Gradually, we started to integrate all of the parts into a whole, but not without help.

The most important member of the orchestra was not a single musician, but instead was the conductor. With his baton, he signaled how fast or slow to play, when to get louder or softer, and when to cue in a solo performance. Eventually we memorized our parts and relied less on the conductor’s guidance, but at any given moment with one wave of his baton he could make us speed up and get loud, or slow down and get soft. He was the regulator. Without him, the horns section might have played at the wrong time, or a violinist might have forgotten her solo. The conductor coordinated our individual strengths into a strong, successful performance. 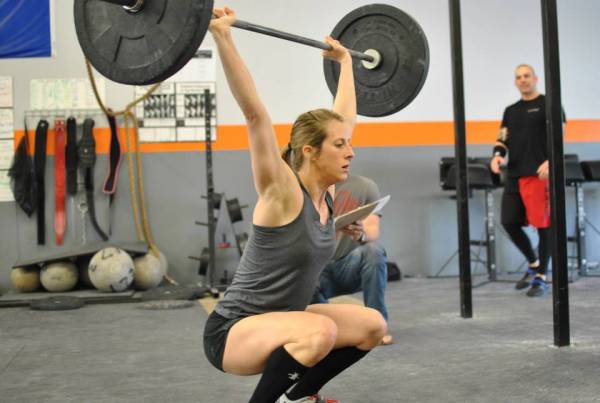 Here’s what I’m getting at: every time we move, the body performs an intricate masterpiece. Individual muscles team up to create a kinetic chain, and then these groups of muscles work with other groups of muscles to do something as simple as turning off a light switch. Seems complicated, but lucky for us, just like the orchestra we have a guy standing up front waving his baton. That’s the cerebellum. The cerebellum is in constant communication with muscles like a circuit, moderating movements using proprioception. When we learn new movements, the cerebellum gets involved – a lot. As movement patterns become more established, our muscles rely less on higher-level intervention and more on memory. Muscle memory. Good patterns or bad patterns, these will be the strategies you body remembers – and uses.

During your waking hours, you have two choices: reinforce good habits or reinforce bad habits. What you do fifteen hours a day always trumps what you do fifteen minutes a day, so pay attention to what you do outside of training just as much as what you do during a session. It is never too late to teach your muscles how to work together to produce better, more efficient movement patterns. Using poor habits is the second reason you aren’t getting stronger – you are using the wrong muscles at the wrong times to execute a movement. Otherwise known as cheating.

If I told you to pick any three movements to perform, odds are pretty good you would choose three movements you are good at. Maybe a few overachievers would throw a weakness into the mix because “you know you need to work on it.” But let’s assume you are like the rest of us. You give me your three best movements because those are your strengths and the actions you feel most confident performing. This is human nature. Tiger Woods didn’t turn down the NBA to work on his golf game. He played to his strengths. We all do it. Your body does it, too.

Pinching shoulder back turns into a shrug. This example can be explained by poor body awareness (reason number one), incorrect movement patterns (reason number two) or our third reason, inhibited muscles. You’ve got upper traps that could shrug a refrigerator, but your middle traps are mediocre at best. When I ask you to pinch your shoulder blades back, how could you not shrug?

Just like you gravitate toward your strengths, your body defaults to the muscles and movement patterns it feels most confident with. With upper traps dominating this movement pattern, no matter how hard you try you can’t pinch your shoulders back without shrugging. In this scenario, your upper traps are overriding, or inhibiting, your middle traps and often times these compensations are not obvious. When you use the wrong muscles to get a job done – even unintentionally – you are not going to achieve your full potential. 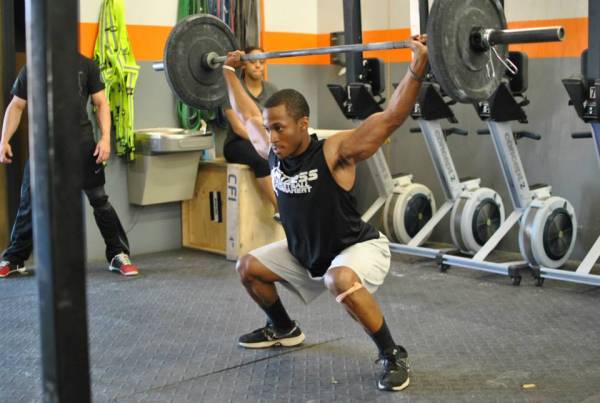 Over the course of your life, you’ve learned how to move in an astonishing number of ways. Not all of the ways you move are correct, in fact some of your habits are probably downright horrific. But that doesn’t stop you from moving. When you ask your body to do a job, your body doesn’t care what it looks like – it carries out an order using the resources it has available and the habits you have developed over the years. If you have poor body awareness, poor movement patterns, and the wrong muscles are inhibiting the right ones during your performance, if you haven’t already hit a plateau in strength, then there’s a good chance one is coming your way. And usually, injury is not too far behind.

For years, Lauren Beasley, MS, PT, OCS, NKT worked in high-volume clinics where traditional care met the needs of her patients - until her first CrossFit athlete sought her help, that is. At two days post-major shoulder surgery, her patient asked, “When can I go back to CrossFit?” In light of the fact that he was not kidding, Lauren was presented with a challenge to return this athlete to his sport amidst a world of medical professionals advising against overhead movement and deep squats.

Shortly thereafter, Lauren traded in her khaki pants and polo shirts for sneakers and spandex, swapped thirty patients per day for thirty patients per week, and worker’s comp cases for professional athletes at her new practice, Total Physical Therapy. Lauren landed herself in an environment where she could employ a diverse skill set and work one-on-one with highly motivated clients. Most importantly, she finally found a way to practice physical therapy as she had always wanted, helping individuals to operate at the highest level possible, regardless of their starting point.

Lauren’s treatment philosophy is simple: where there’s a will there’s a way. With clients dedicated to and invested in their rehabilitation, Lauren keeps up her end by seizing every opportunity to learn and improve, as a professional and individual. She has attended dozens of continuing education courses and has learned from highly-renowned clinicians, fitness professionals, and coaches in her tireless pursuit of understanding the inner workings of the human body.

The rest of the Lauren’s qualifications can be found here. When Lauren is not treating clients, presenting mobility workshops, traveling to competitions with her athletes, or writing about all of the above, you can find her along side her clients as a fellow CrossFit athlete and part-time yogi.