We have all been told that 3,500 calories equals a pound of fat. This idea is taught widely in schools and published in many nutrition textbooks. We know if we follow this rule, then we can lose a total of one pound per week by cutting approximately 500 calories per day. We take this as a fact and apply without ever questioning it.

The Research on Calories and Fat

But can anyone reading this article tell me where this research came from? I could not, so I took to PubMed. I searched for “3500 calories equals one pound of fat” and got a message telling me, “No items found.” I narrowed my search to “3500 calories and fat” and received six results, none of which were related to the research in determining this magic number.

So, why do we keep promoting unsuccessful weight loss ideals that are not even backed up by science? Most of us will use calorie counters found on the Internet to help us establish our daily caloric needs. The most popular equation is the Harris Benedict equation. This equation was established in 1918 after looking at extremely small control groups of 136 men, 103 women, and 94 newborn infants. This research is almost one hundred years old.

Really? Science hasn’t made any new discoveries since then to alter this equation and help us fight the obesity epidemic?

Fortunately, there is good research out there to help us. But for some unknown reason it’s not as well known as the whole 3,500-calories-equals-a-pound-of-fat thing. What we need to look to instead is the body fat set point theory. This theory explains that we have a group of hormones that regulates appetite and body fat storage. These hormones communicate with one another and need to be in balance in order for us to achieve and maintain a healthy weight.

“All of these hormones must be doing their jobs and working in sync in order for us to achieve an optimal weight.”

The important hormones are leptin, insulin, glucagon, ghrelin, and adrenaline:

All of these hormones must be doing their jobs and working in sync in order for us to achieve an optimal weight. Other important factors include other peptides and even certain brain regions.

Leptin may just be the ringleader of this circus, though. Leptin is primarily secreted by our fat cells, and when levels are high, then our hunger is decreased. Ghrelin was discovered almost a decade after leptin and it controls our short-term hunger response. Ghrelin is released from the stomach lining, and when levels are high, we increase our hunger response. Both of these hormones are found to be in dysregulation during obesity.

LEARN MORE: Leptin: The Secret Key to Getting Shredded

Insulin has been a big focus of obesity research for quite some time. It is one reason why some people swear low-carbohydrate diets are the way to go. Insulin has a direct effect on leptin. As insulin levels rise, so do leptin levels. In fact, leptin receptors have been found on the beta cells of the pancreas, where insulin is produced. The problem is we can develop resistance to these hormones and this can cause a number of issues for us.

Developing Resistance to the Hunger Hormones

When we develop resistance to these hunger-controlling hormones, it is like our body is making a phone call, but we’re not picking up on the other end. As a result, our body needs to yell louder. It does this by releasing more and more of the hormones in question.

So, we get ourselves into this mess and then decide we need to get our weight in check. We count out our calories and subtract 500 calories per day, just as we have been taught. But in response to this low-calorie eating our body causes our leptin levels to fall. This, again, will increase our eating and fat storage.

On top of that, calorie counting does not take into effect how certain foods react with these hormones. We are told to approach everything in moderation, including our eating, but does this strategy work? Highly palatable foods have been shown to blunt both leptin and ghrelin. This is why it is easy to overeat foods such as ice cream and pizza. This can cause you to take in more calories than you even realize. 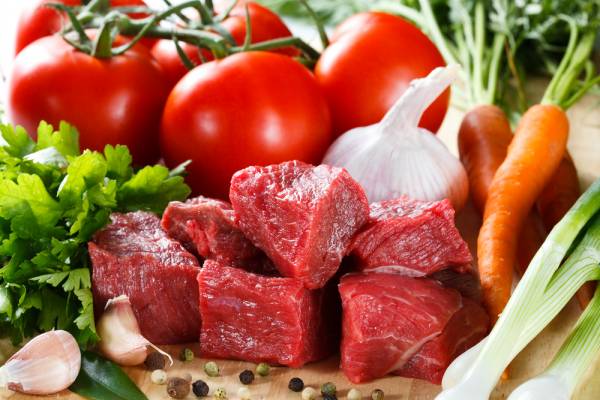 What We Can Do to Lose Weight

So what can we do to lose weight if low-calorie eating does not work? We can eat a diet high in nutrient-rich fruits, vegetables, and quality protein, such as grass-fed meat, fish, and eggs. Making sure that protein makes up at least 30% of your daily calories can decrease caloric intake and may increase systemic leptin sensitivity.

RELATED: 10 Things I Know About Protein That You Don’t

I recommend nine to twelve servings of fruits and vegetables per day. If you are attempting to lose weight, then limit your fruits to one to three servings per day. Vegetables are high in nutrients and low in calories. They are almost impossible to overeat. Just be careful how much added sugar, salt, and fat there is in your diet, as these increase the palatability of foods and can lead to overeating.

1. Lindqvist, A, et.al., “Overeating of palatable food is associated with blunted leptin and ghrelin responses.” Regulatory Peptides 2005. Retrieved on October 23, 2014.