Confessions Of A Glamor Girl: On The Danger Of Stereotypes In Fitness

Dressing like a glamor girl nearly got me put in jail when I was younger, but even as a more mellow adult I still run into stereotypes and prejudice…even in the fitness world.

I knew I was in trouble when the guy with the plaid shirt, cowboy boots, and mesh-backed hat kept looking over toward me with an expression that radiated a combination of curiosity and disgust. I was, yet again, in a bar that guys like me should never go into. But I was younger then, and I was a fool.

That fact would be driven home to me by the cops who showed up after things went bad. The police were kind enough to let me off with a warning. “Jesus kid, what the Hell were you thinking dressing like that in a place like this,” said one of the officers. That was a damned good question.

Humans Are Dangerous When They Are Confused

I’ve mellowed out and gotten far more butch in my old age than I was then. Maybe it was the line by Francis Bacon (the painter, not the writer) that has stuck with me: “There’s nothing worse than an aging queen.” Or maybe I’ve simply gotten too lazy to bother. Either way, how I prepare myself to leave the house has changed quite a bit over the last decade or so.

Back then I was in the habit of “getting all dolled up” nearly every day. I wore makeup, nail polish, a long silver earring in the shape of a feather that had an amethyst in its center, foundation with glitter in it, rings on nearly every finger, bracelets, and anything else I could find that sparkled. Like so many of my female friends, I wouldn’t dare leave the house unless I looked the way I liked to look.

Unfortunately for me, that look got me into a lot of trouble.

If you are even suspected of being gay in some places in this country you can find yourself facing a substantial and frightening amount of violence. Most people don’t even realize the truth of that because they’ve never been subject to random acts of violence based upon how they look before. I have. Many times.

Take my word for it: humans are dangerous when they’re confused. We are animals at best. We think of ourselves as being so advanced and intelligent compared to the rest of the animal kingdom, but that is an exaggeration of the truth. Humans are apes that have become just smart enough to cause a lot of trouble. For all of our good qualities, the horrible things we’ve done to each other should never be forgotten. If we don’t accept the negative sides of our nature as reality, we will never be able to overcome them.

The Danger Of Youth

I was young, idealistic, and foolish enough to believe that just because people SHOULD accept me for who I am that they WOULD if I was only nice enough to them. Confusing the word “should” with the word “is” is a fallacy the young are particularly prone to. My idealism ended in a lot of violence that could easily have been avoided if I’d only accepted reality for what it is.

Today, while I am not as flamboyant as I once was, the fact remains that there are places a guy like me is better off avoiding. I’m now wise enough to do just that.

While I’m not gay, to a guy like that, I was close enough. It started a fight that ended very badly, put him in the hospital, and almost got me taken to jail. I’m not proud of that fact. I was as dumb as the woman who thinks she can wear a short skirt and walk through a park at night and be safe.

But that doesn’t excuse this punk. It all started because this idiot let his emotions get the better of him – emotions that were fueled by stereotypes about a group of people he knew nothing about.

Stereotypes are a wild thing. They are nearly always based on some truth, but they are also just as often far enough off of the truth to perpetually cause problems. This guy’s homophobia was bad enough, but the fact he combined it with a faulty stereotype about guys who looked like me just made it worse.

How Glitter Can Get You Chicks

I’m never offended when someone wrongly believes me to be gay. I have nothing against gay men. I’m offended when they dislike gay men generally. They don’t hate me because I wear pink. It isn’t the pink, it’s what the pink represents. 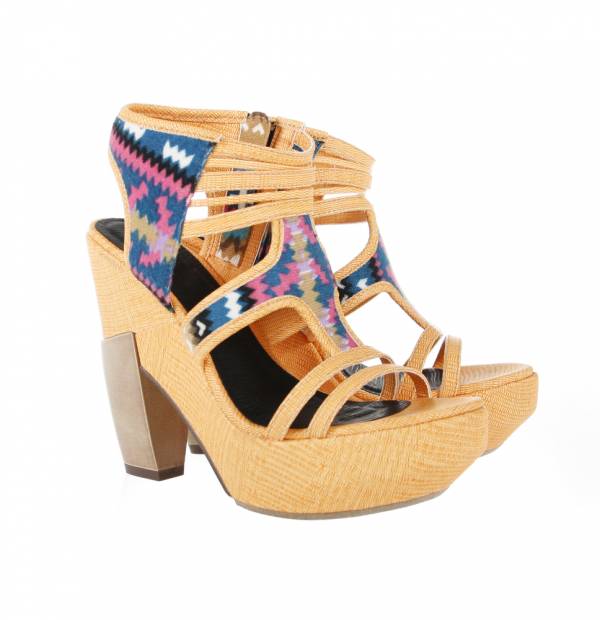 There is an odd irony there, however. The flamboyant tendencies of mine that freak out the homophobic assholes of the world have been a big reason many of the women I’ve dated liked me in the first place! Sure, they like my humor, my talents, maybe my looks, but the fact I liked a lot of the same things that they do has been huge.

The first thing my wife ever noticed and liked about me was that I was wearing a pair of women’s platform sandals. (They were awesome, and I’m sad I haven’t found a replacement.)

My point is that stereotypes aren’t always simply WRONG, they are often the exact OPPOSITE of the truth! Not only was the glitter and glam not an indicator of my being gay, it was a driver of my ability to win over beautiful women.

The Worst Stereotypes in Fitness

It’s always been shocking to me the amount of outright hatred and vitriol that exists in the world of fitness and strength. Every small niche hates every other small niche. And the closer one group is to another, the more they hate them.

In my own world of Olympic weightlifting the hatred between different camps cannot be underestimated. While the public battles are bad enough, the “under the radar” battles that happen via private emails and behind people’s backs are even worse.

Granted, some people ARE assholes. But, most of the time the anger people feel is strictly based on faulty stereotypes they have about “the other guys” that drives a perpetual miscommunication between everyone involved. Straw-man arguments are the norm.

The entire fitness field is prone to this kind of thing. We have:

And we’re left with a myriad of stereotypes that might hold a kernel of truth, but mostly just set us up for problems, like:

Whether we are willing to admit it or not, we all can be nearly as bad (though hopefully less violent) as that dude in the plaid shirt who picked a fight with the wrong glamor girl. No one – absolutely no one – believes himself or herself to be a bigot. Yet every last one of us IS a bigot towards at least one group or another. And when it comes to those “others” we believe every single negative stereotype about them is true.

The only way to change this is to look within yourself and face a hard truth: you are wrong. We all are wrong far more often than we are comfortable with. But that discomfort doesn’t make our wrongness any less true.

Who do you hate? And why? The honest answers to these questions may not make you happy today. But they will make you a better person tomorrow. That’s a goal worth striving for.