What’s The Best Diet and What’s Bunk? (And the Real Deal on Fasting)

A sugar pill that would otherwise exercise no physiological effects, when called by another name, has shown to cure man of all his sorrows. Diets work the same way. 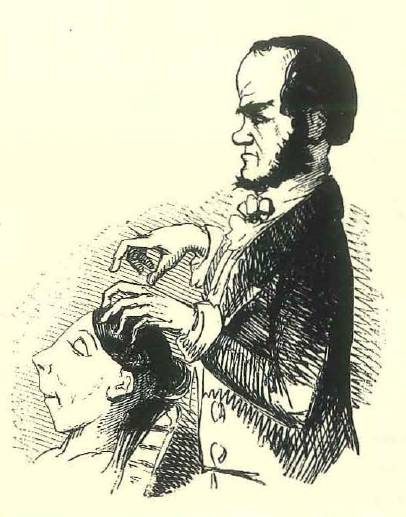 Most diets, I submit, work on the same level of faith healing, and the best diet – I am almost 100% sure of this – is the one that appeals most convincingly to your imagination. Wizards, sorcerers, fortunetellers, men of piety, and doctors alike have all kept themselves in good and happy business by tricking people into healing themselves with the power of their own mind.

I’ll give one example, and pass on.

In college I went regularly to a chiropractor down on South Walnut. The man was a quack, to put it directly, and bought hard into his own baloney. This made him very dangerous. What he had done, effectively, was reduced the whole of biology to a level at which even a congressman could grasp it. Cancer, allergies, malaria, and toothaches to him, were nothing of what the scientific community made them out to be. Instead, all ailments were rooted in a pinched nerve, and he could cure you, or at the very least initiate the healing process, through a series of thrashings.

After he pummeled your lower lumbar he would next shine lasers on you with a pen-like device at various points on your head, collarbone, and wrists, and have you pant like a dog all the while. It’s a spectacle every time. Thereafter, but only if the Good Lord saw it fit, which means you paid cash in advance, you were awarded his premier service, an allergenic treatment with the most rare and sacred medicine, and whatever could that be if not a mangy clump of rat hair? He’d fetch a tuft of it from his ever-close tray of vials, and run it all over your body, delicate as a feather, finishing you off with tickle on the nose – said it “desensitized you.”

The point is this. I have talked to numerous persons, all ages, and not all of them complete morons either, who have attributed this man to healing their conditions – from chronic pain to Lyme disease to pancreatitis to far worse. I have seen it happen over and over again. Now the person who is inherently skeptical, like me, experiences no positives effects ever. I just go for the humor of it, because what else am I going to do? But the person who is all hopped up on Genesis, well, there occurs, by no other way to describe it, a direct miracle of God every time. The only downside is that the miracle lasts only two weeks, and it costs you another sixty bucks to get it renewed. 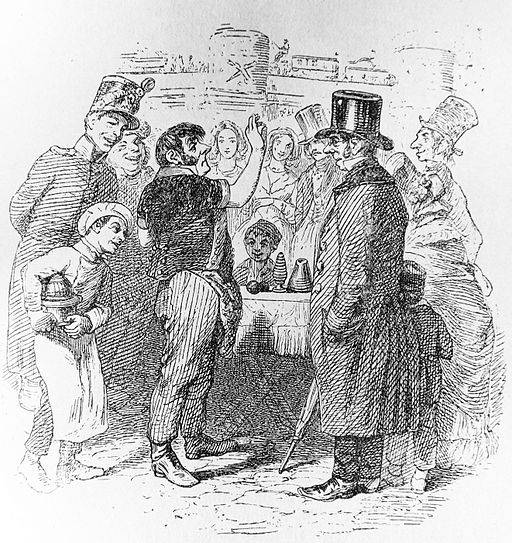 A sugar pill that would otherwise exercise no physiological effects, when called by another name, has shown to cure man of all his sorrows. At least for two weeks. It’s like the “special drink” in Space Jam; meaning, it is not the sugar pill that does anything, but the persons faith in the man who gave it to him.

Diets work the same way. I believe in paleo, somewhat, which means I have cured my dandruff with bacon grease. The person who believes in veganism has done the same with pea protein. Such is the power of dogma.

(Regarding the paleo diet: Is it really how cavemen used to eat? Don’t know, wasn’t around back then, you’d have to ask my mother in law. But if a caveman walked into my house right now and I offered him some pancakes, which is the customary thing to do, I’m pretty sure he’d eat that shit right up. I don’t like the paleo diet because I think it’s how our ancestors used to eat. I like the paleo diet because it has you eating whole, real foods, and it has you avoiding foods that are otherwise unnecessary.)

Fasting is the world’s oldest cure-all and I think it’s totally legitimate. It’s older than my mother in law. Older even, than the Titanic, but that came much later. The ancients used fasting to keep in good health and “return to the source.” I also use it also to keep in good health, and get lean, too, but enlightenment, well, I don’t know, never really considered it.

I have had, in my day, many experiences with fasting, from long fasts, to short fasts, to controlled fasts, to juice fasts. But now I separate out juicing from fasting for reasons of pure convenience, and keep fasting confined to its strictest definition, which is the complete abstinence of food.

Perhaps fasting works for me simply because I believe in it. Who would deny that? Only a very foolish person. But perhaps fasting also works, and there is really no denying this either, because it cuts large chunks of calories out of your diet, and with considerable ease, too.

The true benefits of fasting, and I mean the ones validated scientifically, are really quite high in number. To list a few:

The arguments against fasting – although almost always the same recitation of incoherent nonsense, entirely false, and beside the point – should also be listed. Here are the two most common specimens:

In America (and I’m sure other countries, too, but I’m just going to speak on what I know), it’s a curious thing to see how much traction an utterly false and idiotic saying (or idea) can get. And what’s more alarming is how a silly remark can become sanctified and made permanent through repetition, despite whether or not it has any truth in it, and despite whether or not the issuer has any merit in him. 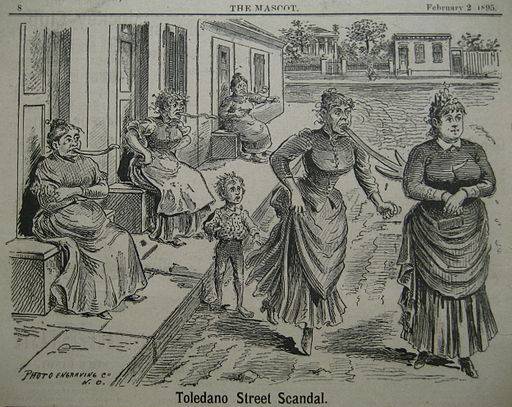 If you want what you say to be the prevailing and lasting wisdom of the day, then whisper something exciting and wrong into the ear of a chinwagger and it will get passed around with all the heat of a gossip column. And when I say the day, I mean bad advice lasts a geological period. Good advice, about two weeks. If you can explain this phenomenon, then you can do something I cannot.

But the theory in short, set forth by someone I don’t know who, is that fasting makes you gain fat and lose muscle all at the same time, depletes you of energy, and other such claptrap. Incredible! Though it holds a little inconsistent with the laws of physiology and is not entirely true to nature, but I was willing to entertain the idea. But alas, I have long searched up hill and down dale for any evidence in support of these claims but have come back with not even a germ. All my experience, many years thick, has returned the opposite effect. And all legitimate research as well points the other way.

Because of fasting, I am leaner than I ever was (I keep around 8% BF, and have never been describable as a naturally lean fellow), and my strength has not suffered one bit from it, but increased steadily along the way and over the years. If I were losing muscle mass at even a very slow rate, surely my strength would have stalled out by now, or even driven backwards, but this is not the case, and I fast in some manner or fashion the greater number of days each week. I stand that I could be the exception, but…

…so has the experience of my clients, and readers surveyed, and persons messaged me, emailed me, and texted me – though not many peoples text me – confirmed this – not once, in all my years blogging, coaching, and running workshops have I received a single complaint from a person who fasted and got enormous from it, or even a little bit chunky; nor have I heard of anyone fasting and being discontented because it made them into an invalid: decrepit, emaciated, and without potency. Their muscles do not get soft from it, nor does a lack of breakfast sausage cause the bicep to get timid in a flexed position, resembling a teensy weensy bird egg, but instead it rises proud as an obelisk, assuming the fellow weight trains, of course, and when you squeeze it it does not glide beneath your fingers like an oyster, as mine did for many solemn years, but greets you with a firm resolve. 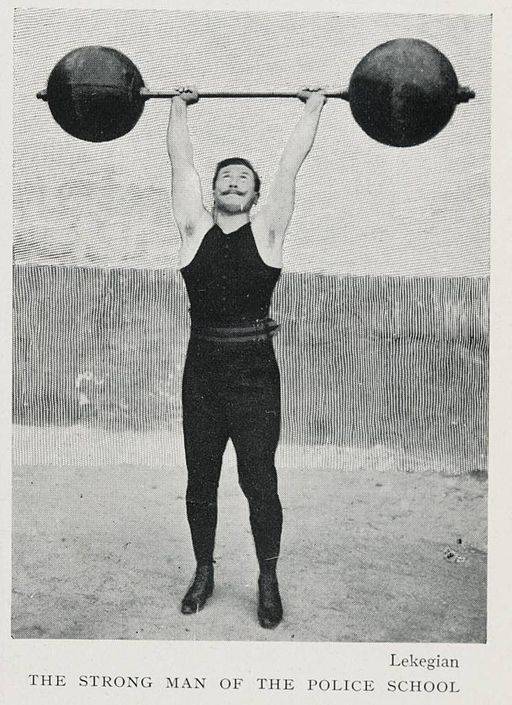 This requires, as mentioned, that the fasted person weight trains, as this is the only true maker of hard muscles – resistance training, not frequent eating – and fasting, if you can believe it, serves to enhance the effects of heavy lifting.

I agree, strongly and completely, that fasting is not for everyone all of the time. I will also agree that it all pretty much sucks at first and you have to keep at it like EverQuest if you ever want to get something good out of it. There are always exceptions, of people who would do better not fasting, or with shorter periods of fasting, and I am not here to push any one agenda, or even fasting as a whole, but to give you two general approaches that have worked mighty well for me, my clients, and readers. And if you find them useful, which I hope you do, coo’.

The first is micro-fasting. Put plainly, this is where you fast for short periods frequently, perhaps even everyday. The most common approach, and the one I too recommend, is a sixteen-hour fast coupled with an eight hour “eating window.” This is not new. When researching for my intermittent fasting book, I discovered this exact approach written about by that muckraking fellow Upton Sinclair in his book The Fasting Cure. This book was written in 1911, and I have no doubt he stole this approach from a book probably written a hundred years prior. As they say, nothing is original.

The second approach might have more convenient appeal, and is more traditional I guess. It requires that once or twice a week you forgo eating for 24 hours, maybe even a little longer. This I have drawn back so far, as a health practice, to the ancient Taoists. But they are more manly than I, as the Taoists fast for up to seven days, sometimes longer still! But I haven’t the character for that. Do you?

Some tips, to get you started. First, drink lots of water, and keep yourself plenty hydrated. This will curb hunger. Another tip, if hunger remains an issue, is to ingest psyillium husk first thing in the morning and with a tall glass of water. This is a fiber supplement and when you first take it, you will be put in a condition to finally get through that novel you’ve been wanting to read, the whole series, in fact.

But what have been your experiences with fasting, I would be interested to know? Share them in the comments and let’s chat.

Photo 3 by Staff of “The Mascot”, New Orleans [Public domain], via Wikimedia Commons.