But part of the challenge of being a smart programmer and a thoughtful coach is resisting giving into the temptation of putting together either longer and more insane crush-fests or experimental “you ain’t seen nothin’ yet” WODS. Just because one can, doesn’t necessarily mean one should. It’s the quickest way to “CrossFitter’s doin CrossFit” immortality.

There are, however, a number of workouts that are superior tests of skill and strength, beautifully crafted testing pieces, or just plain perfect. There are others that are so kitchen-sink that you wonder whether someone just tossed every possible move into a hat and began drawing.

With that, here are my nominations for the three best and the three worst CrossFit workouts of all time worst (and by “worst” I mean they should be tossed out and never done again). Feel free to weigh in with your nominations in the comment section below.

The Three Best CrossFit Workouts of All Time

This workout is all about goal setting and aspirations. You don’t do King Kong scaled, because then it’s not King Kong. Rather, you aspire to do this workout as prescribed, and you gear your training toward that goal. Moreover, it’s a symphony of simplicity. No complicated rep scheme, no funk, just heavy weight and gymnastics. Anyone can do it, if you work hard enough.

Verdict: This is the Mt. Everest of CrossFit.

Simply the hardest workout I have ever done, and brilliant in its design and purpose. The goal is to test your fitness level by testing your ability to recover. After going all out on round one, you rest twelve minutes, do it again, and then again in another twelve. How much fall off you experience in your second and third round time is suggestive of your body’s ability to recover, regenerate ATP, disburse lactic acid, and return your body’s systems to a near normal state. 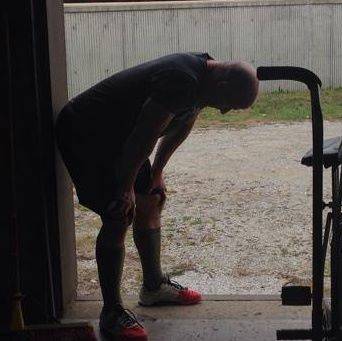 Me, performing the OPT Repeatability Test.

And in the meantime, every single rep, without fail, sucks beyond all reasonable description. When you hop on the rower for the final 250m at the end of round three, you are quite sure you’re riding a sled directly into Satan’s maw.

Verdict: You will be a better athlete for having performed this test and you will get nothing short of a fantastic workout.

Max calories in 10 minutes on the Airdyne.

The premise is simple: climb aboard the Airdyne and, with the timer set to 10:00, amass as many calories as you can. There is a catch, however. “God Tier” status is achieved by getting to 300 calories, which is a whopping thirty calories per minute. You and I can probably sustain a 30 cal/m pace for three minutes, but it takes an elite athlete to keep that pace up for a full ten.

In the meantime, each outing at the bike puts you in a position of wanting to best your previous personal record, so there is no slacking. This is for max calories, not just “a lot.” You have to find your pace, then stick with it and ride it out until the clock expires.

Your quads will become lactic, your brain will beg you to ease up, and the last three minutes will be the longest of your life. Pro-tip: if a doctor gives you ten minutes to live, climb on an Airdyne and your remaining time on earth will be an eternity. The “FY” in the name hints as to how you will express yourself upon seeing it programmed.

Verdict: Try it. Let me know how close you come to 300 calories.

The Three Worst CrossFit Workouts of All Time

As the video referenced above says, “It has no rhyme or reason to it.” That is correct. This WOD has been around since 2008 or earlier and rears its head occasionally (Google “Miagi WOD” and you will see which boxes have chosen to foist this upon their members) and is nothing more than a nonsensical beat-down of epic proportions. 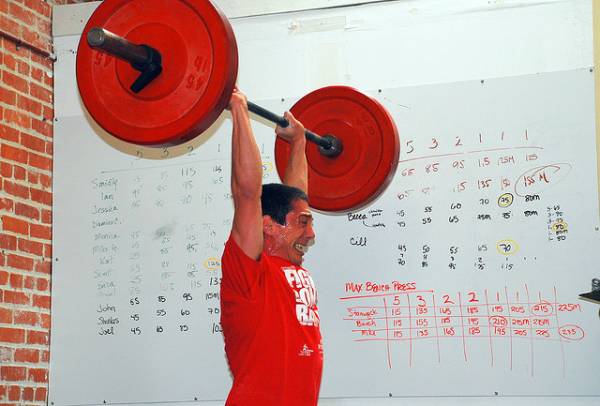 Two things jump out at me in this workout as being outside of reasonable training or testing parameters. One is the clean and jerks and the other is the wall climbs. Fifty clean and jerks at 135lbs is “Grace” plus two-thirds, tucked in the middle of a huge ass-kicker. And fifty wall climbs is senseless. Your shoulders have been sufficiently toasted by the wall climbs that fifty of them is at best, silly, at worst, dangerous.

People love this workout – and I don’t know why. It is chaos and just reps for reps’ sake. Fifty reps of ten different movements with no real flow, design, or purpose other than to give you a highly overstated score. Having a 21:03 “Filthy Fifty” time means nothing when there is little quality control over movement standards. I’ve seen your wall balls and your knees to elbow, Alfred, so your “new PR” is a lie.

Vedict: Come clean and choose to excise this WOD from your programming.

Let me be clear here. This critique has nothingto do with Sergeant Jason “Mick” McCluskey for whom this is named. Yes, it’s a hero WOD, but it’s also irresponsible. 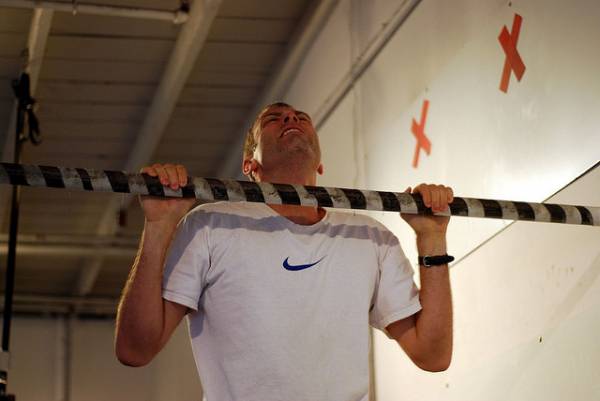 What I see when I look at this workout is pulling. Pulling, pulling, and pulling. With a little running for good measure. Programming pull ups, pull ups and muscle ups in a single workout with no balance from any of the other muscles is, in my opinion, plain bad. Granted, the rep scheme seems low, but you’re doing 27 muscle ups (a lot for any workout) and 108 pull-ups. Both “Murph” and “Angie” have 100 pull ups and those don’t have muscle ups. At the very least, your training will be unhinged for a week with DOMS, and at worst, this is a prescription for rhabdo.

Verdict: “But it’s scalable!” the detractors will say. Yes, and guess what the scale is for muscle ups?