With millions of viewers tuning in to watch NBC’s The Biggest Loser, 67% of them being statistically overweight, this show has a major influence over the masses and their education on how to go about losing weight.

This would not be a bad thing if what they showed on television was an appropriate and long-term successful approach to weight loss. Yes, I said what they do on Biggest Loser is an unsuccessful way to lose weight.

“But Kevin those contestants lose a lot of weight by the show’s end,” you say. Yes, I understand they lose weight temporarily, but what about the long-term consequences for these people? This article is going to focus on the metabolic dysfunction a program like The Biggest Loser creates. (And we won’t even get into the psychological issues that arise from being yelled at and the biomechanical issues that come from poor exercise selection done during a fatigued state.)

Our bodies are amazingly adaptive machines. We are built to survive environmental changes so that we can pass our genes along and keep the species rolling forward into the future. But this does not mean that our bodies will adapt in ways that we intend.

The Biggest Loser places clients in an extreme caloric deficit through intense exercise and intense caloric restriction. This is coupled with extreme psychological stress. Psychological stress increases cortisol, which increases insulin resistance, hunger, and fat storage. We, like the show’s contestants, are constantly told that in order to lose weight we need to eat less and exercise more. But this advice is not based in sound science and actually may be detrimental to our future health.

The Dangers of Long-Term Low-Calorie Dieting

One of the major goals during weight loss is to lose the excess and unwanted fat we have stored while maintaining our lean muscle tissue. Researchers published in The Journal of Clinical Endocrinology and Metabolism in 2012 looked at how an extreme exercise program and caloric restriction affects the metabolism. The participants lost weight, but the end result was not looking good for the future. The researchers concluded by stating:

Despite relative preservation of FFM, exercise did not prevent dramatic slowing of resting metabolism out of proportion to weight loss. This metabolic adaptation may persist during weight maintenance and predispose to weight regain unless high levels of physical activity or caloric restriction are maintained.1

This means that if the participants in this study want to keep the weight off, they need to keep the caloric deficit and extreme exercise program as a part of their life. Who in their right mind would be able to keep that high level of intensity and caloric restriction up?

The answer is probably no one. We have mechanisms in the human body to make sure we do not just waste away due to energy expenditure. As a result, hunger will rise and so will caloric intake. Also, there are dangers associated with long-term low-calorie dieting, such as depression, weight gain, hormonal dysfunction, and more.

The Importance of Leptin Levels

The lower leptin levels are a big deal. This is a sign that the body is increasing our hunger response. When we eat enough food, leptin levels rise, telling us we are full. As leptin levels fall, our hunger increases. This is how our body works through our eating schedule. Thus, a Biggest Loser-type exercise program and calorie-restricted diet will crush you psychologically, lower your metabolic rate, and increase your hunger. This does not seem like it is worth the grueling punishment to me.

How to Lose Weight for the Long Term

You may be asking how we can go about losing weight then. Focus on a diet high in nutrient-dense foods. This means lots of veggies, some fruits and tubers, meat, fish, eggs, nuts, seeds, and healthy fats. For exercise, just be active. Find something that you enjoy and do it. Try to walk daily, stand up at your desk, and partake in activities that feel good to you and get you moving. Also, do not neglect your psychological well-being. This is just as important for your health and for reaching your weight goals. Actively participate in some stress management such as yoga. 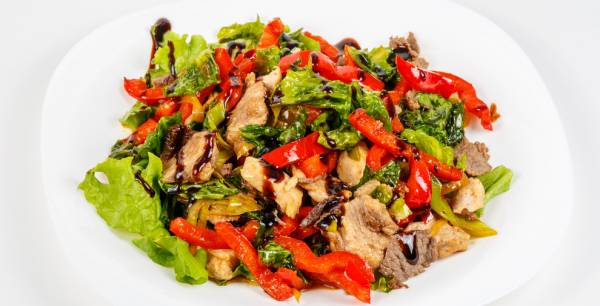 When sitting down and watching The Biggest Loser this fall, keep all of this in mind. You may have weight loss goals and you may get inspired by some of the contestants and their hard work. But know they are doing metabolic damage to their bodies and setting themselves up for long-term failure. Don’t do that to yourself.