Earlier this year Men’s Fitness announced its winner of the fittest city in the country – Portland, Oregon. That’s right, the land of the hippie and the hipster is also the land of the über-fit.

Upon the announcement, I beamed with pride, as Portland happens to be my hometown. Runner-up in the rankings was Denver, Colorado, my current home. Another reason to be proud! While I have learned a lot from these two communities, both states have much to teach all of us about how to get things right when it comes to health and wellness.

A nation is only as strong as the collective health of its citizenry. It’s certainly not news to anyone that the United States is failing miserably on this front. Recent studies show that for the first time the current generation of children will not live as long on average as their parents. That is scary stuff. Obesity, those sick with diabetes and heart disease, and a sedentary population are now considered by many to be the norm. If we’re going to get this thing turned around, we’re going to need leadership.

Community-Based Fitness Is the Future

From CrossFit gyms, to martial arts schools, to studios that boast high-intensity interval training, it turns out people don’t simply want a good and challenging workout, they want a community. Community is about helping support your fellow neighbor, as well as accountability. You’re less likely to flake on your workout if five of your friends give you grief for missing it. Next time you visit Boulder, Colorado take a good walk around and check out how many different fitness, yoga, dance, and activity-based communities there are. You will simply be amazed.

Demand the same in your town and find a fitness community today. 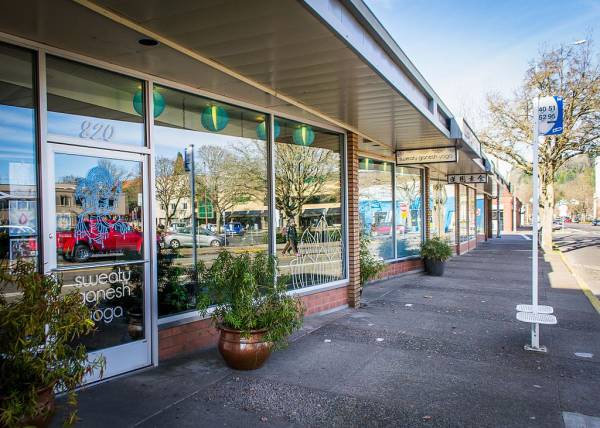 Studies show that obesity is contagious. Said another way, if you hang around with overweight people, odds are you’re headed in the same direction. The same holds true with being fit. When you walk around downtown Denver and Boulder, you don’t see many heavy people. It’s the same in downtown Portland or in Bend, Oregon. You also don’t see many fast food chains either, but instead, lots of local restaurants, parks, and gyms.

Your community is important, and that includes your friends and family as well as the society at large. Habits spread like a virus, both good and bad. In order to curtail the spreading obesity rate, failing health of our children, and inactivity of all of us, we must combat these issues head on. The antidote is collectively rejecting that these trends are in any way natural. What is natural is moving everywhere every day, eating whole and nutritious foods, and instilling good habits in our children.

Build community not only in your family and fitness studio, but also in the town and state in which you live.

Two years ago, I moved to Colorado in search of greener pastures both personally and professionally (although Oregon admittedly is actually greener). Many things factored into my move to Denver, from 300 days a year of sunshine to the active lifestyle. However, nothing factored into my move as much as the Rocky Mountain approach to fitness: get out there and do something.

Walk down any street in Denver and you’re bound to run into a fitness studio. You’re also bound to run into a park, bike shop, or running trail. Yes, there’s a gym for every Jack and Jill in Colorado, but there’s also a trail, road, and mountain for every one of them. Coloradans love the gym, but more often than not, the gym serves them in getting them ready to do what they love – ski, bike, run, ride, you name it. 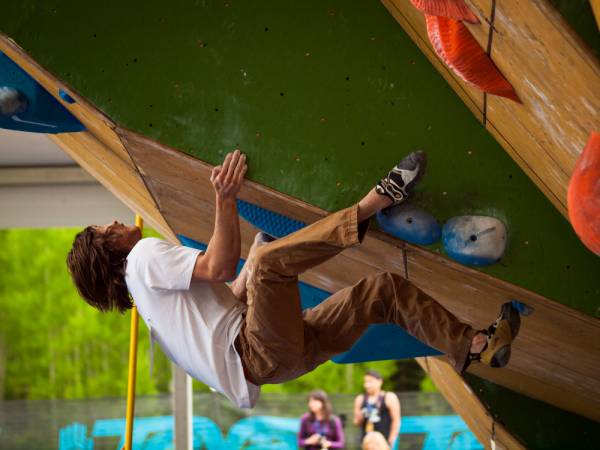 Fitness is lasting and works when it serves and compliments a passion like climbing a mountain or riding down one. Fitness is temporary when it serves an aesthetic goal like losing weight or trying to look a certain way. When fitness is just about losing ten pounds, it becomes just another word for diet. Such motives are temporary and fleeting. Passion, conversely, is motivating for the long haul.

Find a community where you can pursue your passion whether is kite boarding, golf, or triathlons.

When my parents moved to Portland from New York City years ago, they were appalled at the state of food in their quaint new town. How about a good deli already? Fast-forward to present day and you can’t open a Bon Appetite or New Yorker without reading up on Portland’s renowned food scene.

From food trucks to five-star restaurants, Portland gets it right more than not because it focuses on real, whole, and local food. The way we will be beat obesity is to eat real food grown on a farm, not food made in a lab or manufacturing plant.

Portland’s food scene is an example of how food should work. Local, fresh, organic. Demand the same in your town.

Commute to Work by Biking or Walking

So many people bike to work in Portland that Trek, the second largest bicycle manufacturer in the world, named one of their bikes after the town. Indeed cyclists and bike commuters are everywhere in the Rose City. Here in Colorado, over 12% of Boulder inhabitants bike to work, with Davis, California being the only city in the nation with more bike commuters.

You don’t need a gym to be fit and healthy, just a pair of shoes or a bike. Get out there and make it happen. 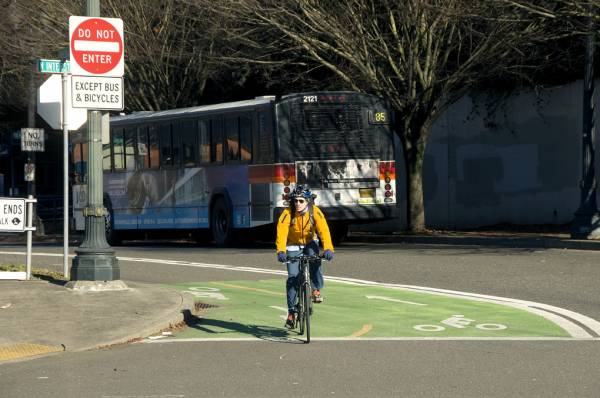 If we are going to win the war on obesity, poor health, and increasing inactivity in our populace, many battles will need to be fought on the homefront. Change happens the way it always does, by individuals coming together to demand it. The American Revolution started small. The Civil Rights movement started small in local churches and communities. The battle of the bulge and protecting our children to see that they do outlive their parents is happening now.

In communities like Boulder, Colorado and Portland, Oregon, they are setting the example for many to follow. It’s not just individual responsibility versus corporate responsibility versus government policy. It’s incorporating all of the above, as they are doing in Oregon and Colorado. Get out and do something active and find support and community in doing so. Eat real food, and demand a community that serves it to you and your children.

4. “List of U.S. cities with the most bicycle commuters,” Wikipedia.