Why Slouching Isn’t The Only Bad Posture

Overextension is the opposite of slouching, but is no lesser of the two evils.

The butt-wink, the slouch, and the rounded back. Snooze. We’ve heard time and time again that these positions are bad. Hopefully, if you haven’t already corrected these dangerous, faulty, and weak (did I say dangerous?) patterns, you are making significant strides.

During a squat, you might be trying to work on keeping your chest up, sending your butt back, and keeping an arch in your lumbar spine, as these movements are typically lacking in a rounded back dysfunction.

Coincidentally, those same three frequently used cues are fairly accurate in describing the unsteady, overextended waddle of a toddler taking his first steps. While I don’t want you to flex your spine into a herniated disc, round your shoulders forward into anterior instability, or shorten your hamstrings by tucking your pelvis under, I most certainly don’t want you walking around like some novice ambulator. The toddler stance may save you from the potential repercussions of flexed positions, but this alternative is no lesser of two evils. An overextended posture and movement dysfunction sets you up for equally disastrous injury risk.

The Dangers of the Toddler Stance

The Toddler Stance – or overextended posture – describes an anterior pelvic tilt, an extension of the thoracolumbar (lower thoracic and lumbar) spine, and usually some hyperextension of the knees. While not ideal for adults, this posture is useful to toddlers as they learn to walk because their body has yet to develop the strength necessary to support good, efficient walking.

Instead, toddlers seek stability by locking out and hanging on ligaments and joint capsules of the knees and lumbopelvic complex. They rapidly grow out of this stage as they develop better strength and balance – right around the same time they start to execute the perfect squat we all strive to recreate. Adults, however, have a much harder time kicking the overextension habit, relying on this strategy to compensate for much more than an unsteady gait.

An Attempt to Fix Core Instability

Overextension is our solution to core instability. Through hanging on structures of the lumbopelvic complex, an athlete can create a stabile midline and go on to achieve whatever greatness he or she is destined for. Specifically, the prong-like facet joints that interface between two adjacent vertebrae lock in when you hold yourself in extension. But we all know that structures only do what your muscles allow them to do, and in this situation that means the spinal extensors along with their buddies the hip flexors are doing a lot.

The toddler stance often appears on heavy back squat day. Watch someone step under the bar, rack the weight, and descend. Those who are not rounding are likely overextending. Using those hip flexors and lumbar extensors, the overextender shoots his hips back until his previously hyperextended knees can hinge into flexion, as the spine forms the exact shape of a knock-hockey stick. Overextension gets the job done and as an added bonus is way less likely to get you called out by your coach, but like all movement dysfunctions, using your body incorrectly means that you are inherently missing out on optimal performance. Of even greater importance, incorrect stabilization strategies predispose you to injury risk. 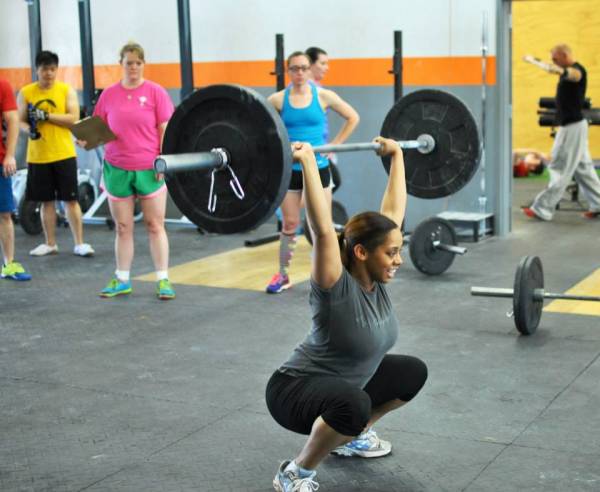 In overextension, the amount of compression loaded onto the lumbar facet joints skyrockets, which over time with repetitive loading can lead to a stress fracture of the spine called spondylolysis. Spondylolisthes, a similar condition, involves actual displacement of a vertebra, usually after both facet joints of the same level fracture as a result of the undue strain. This sounds bad, but only because it is bad. More commonly, overextenders are likely to get that “pinchy” feeling in the front of their hips, or impingement. Just as with shoulder impingement, faulty mechanics of the hip joint creates a physical compression – in this case usually the rectus femoris, part of your quads. Additionally, with your center of gravity displaced forward by overextension, the lower extremities are forced to make adjustments to keep you upright. Pick your poison – they are all potential products of the toddler stance.

Overextension clearly creates local mayhem at the lumbopelvic complex and can initiate chaos in the lower extremities from a top-down domino effect, but your upper half is not out of the woods when you look at what happens from the bottom up. In fact, some of the worst overextenders maintain good control over their lower half and instead, these individuals rely on the toddler stance to compensate for another dysfunction.

Athletes who have difficulty with overhead movements commonly recruit an overextended position as a secondary dysfunctional pattern. Restrictions of upper thoracic extension, loss of shoulder flexion, and scapular instability are all potential contributing factors limiting overhead capacity, inviting an overextended posture in to pick up the slack for both mobility and stability deficits.

For athletes lacking range of motion as well as control, the toddler stance allows the athlete to “balance” weights overhead – keeping the weight directly in line with the base of support (the feet). As an added bonus for athletes lacking overhead mobility, overextension creates a false range of motion at the shoulder that is useful when trying to hold, push, or catch heavy weights overhead. The problem with balancing weights overhead is that you are doing just that – balancing – instead of owning that weight and maintaining control.

Sloucher by Day, Badass by Night

Lastly, and most ironically, many overextenders are also slouchers. Yes, these special folks use two contradictory strategies to achieve one common goal – stability. By day, these guys are probably your average desk-jockeys, slumped over a computer, hanging on their overstretched spine. By night, they transform into badass metal-moving mo-fos, overextending and locking out their spine to press an excessive weight overhead. This is a recipe for disaster. Compressing structures and using muscles incorrectly is exactly how you wear and tear your way to surgical repair. 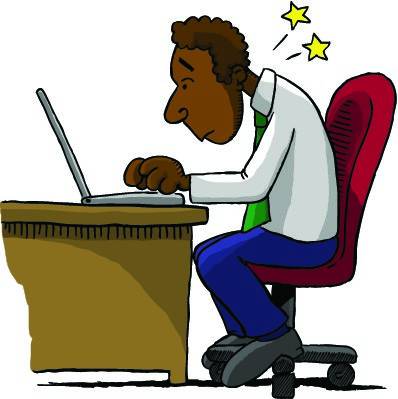 Slouching – the most recognizable of the bad postures – is certainly not the only bad position, and definitely not the only dysfunction that comes with risks. For some of you, the toddler stance dilemma is like that of the chicken and the egg. Was your shoulder dysfunction the gateway drug into overextension? Or did your overextension lead you to believe that your arms were fully overhead when really they had ten degrees to go? For those of you battling the “butt wink” and avoiding a rounded back like the plague, perhaps a misunderstanding of where the middle is led you to inadvertently create a new dysfunction.

Regardless of how you found yourself in overextension, do yourself a favor. Find neutral. Unload your spine. Decompress your hip flexors. One thing is for sure – the only people who should be walking around in overextension are nine-month pregnant women, curve-embellishing tweens, and actual toddlers.