Every year, when the CrossFit Games Regionals come around, there are athletes watching on their computers at home or from the stands at the events who know they would be one of the top individual finishers in their region based upon the events – but they didn’t qualify during the Open.

There are also always athletes who barely sneak into the Regionals but who end up with a top ten finish once there. And, vice versa, there are athletes who finish top ten in the Open and end up somewhere near the bottom of the pack in the Regionals. Why does this happen?

Why Regionals Are Different From the Open

The Regionals include movements that are not tested in the Open that could be significant weaknesses for some athletes like rope climbs, running on a TrueForm treadmill, handstand walking, strict handstand push ups, and GHD sit ups.

The Regionals require athletes to be able to perform multiple workouts per day multiple days in a row with the pressure of cheering spectators and heats full of other high-level competitors. Athletes must be able to recover quickly and also manage the stress of being in the limelight. We saw this as a limiter on the max snatch event, as some athletes had no grip strength remaining at the end of day two, due to day one’s combo of the “Randy” and “Tommy V” WODs, along with quite a few sumo deadlift high pulls.

The Regionals require that athletes be adaptable in their movement standards, their response to judging, and their equipment choice. Athletes don’t get to use the pull up bar that’s perfectly set up for their height. They don’t know their judges. They have to perform reps in specific areas or else their work doesn’t count.

How Similar Are Regionals to the Open?

It’s not just the game day factors that can influence an athlete’s performance at the Regional level compared to the Open. And while the tests in the Open and at Regionals in 2015 are more similar than they have been in years past, there is still a fundamental difference in character.

With the addition of the scaled division, CrossFit HQ has more leeway in terms of the types of movements used during the Open as well as the structure of the workouts. This year, we saw muscle ups start a workout and we saw handstand push ups for the first time.

“With the addition of the scaled division, CrossFit HQ has more leeway in terms of the types of movements used during the Open as well as the structure of the workouts.”

Also, we saw the inclusion of a one-rep-max clean and jerk, which moved the Open away from being entirely a test of muscle endurance and aerobic capacity. This is a positive for the sport, as we will see far fewer athletes competing at Regionals who don’t have the strength to lift the heavier weights and who aren’t proficient at handstand push ups and muscle ups, as has been a problem in the past. 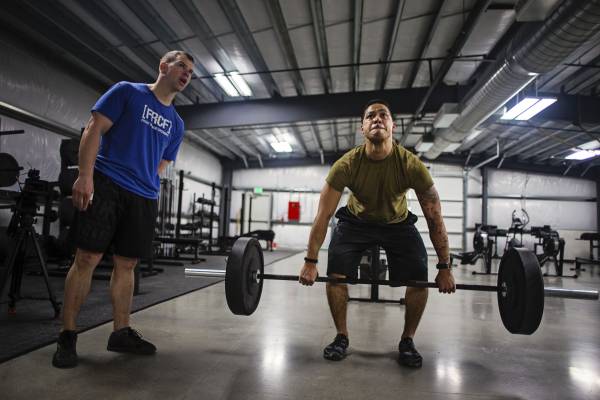 What Is the Limiting Factor in Performance?

Let’s break down the characteristics of the Open events. It’s impossible to say exactly what is going on for a given athlete in terms of energy systems being used or limiting factors in performance, but we can comment on a macro level in terms of what most athletes were “feeling” for the sake of comparing events.

In 2015, four of the five Open events looked like muscle endurance events, while the fifth event was a much more uncomfortable workout:

The Regionals in 2015 also have a bias towards testing muscle endurance. Grip and low back in “Randy,” grip in “Tommy V,” hip flexors in the chipper, shoulders in the handstand walk, and upper body pressing in the triplet of rowing, chest-to-bar pull ups and strict handstand push ups.

This year’s Regional events don’t contain something like “Jackie” from 2013 where we saw athletes dig deep into their max output or the 21-15-9 deadlift and box jump couplet where we saw a test more focused on repeatability of high percentage lifts. 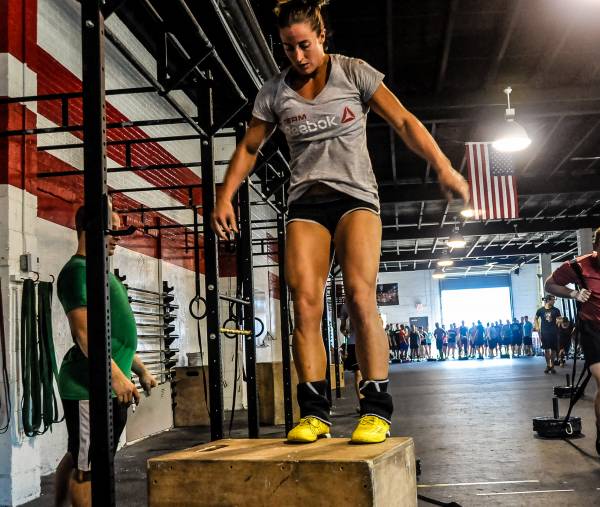 The Difference Between Volume Tolerance and Speed

Still, despite the fact that the events in both the Open and the Regionals are biased towards muscle endurance limiters, and despite the fact they both include a maximum lift, there is still a difference in the character of the testing.

“This isn’t necessarily a criticism of the Open or the Regionals, as the Open serves more as a buy-in to compete. Think of it like a “you must be this tall to ride” sign, and use your relative performance as a guide in terms of your training.”

The best athletes in the world tend to be the best at both capacities (which is why they win everything, from the Open to the Games), but there are plenty of people in between who are much better in one capacity than they are in another. These are some of the people you see do well in the Open but not at Regionals or vice versa. The athletes with more handstand push ups in five minutes will do better in Open 15.4, as they can handle more volume of handstand push ups. The athletes with the faster fifty reps for time will do better in “Diane” (which we saw in the 2012 Regional) because they can go faster.

In the Regionals, the overall volume of reps for a given movement is going to be much less than that achieved by the top performers in the Open: 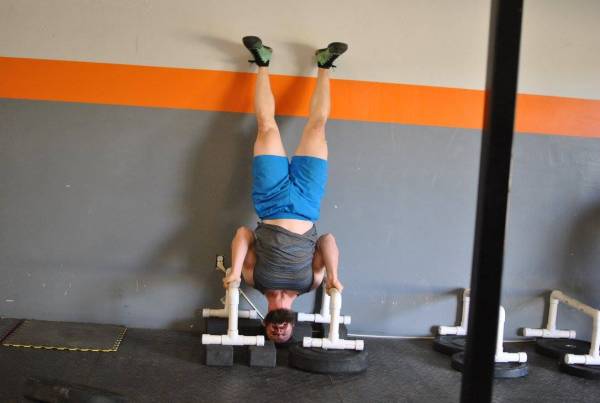 The Buy-In to Compete at the Highest Level

This isn’t necessarily a criticism of the Open or the Regionals, as the Open serves more as a buy-in to compete. Think of it like a “you must be this tall to ride” sign, and use your relative performance as a guide in terms of your training.

If you’re a more explosive athlete who would do better at Regionals than in the Open, you probably need to focus your training on developing muscle endurance and the ability to tolerate volume. Consider tracking total weekly volume of movements like chest-to-bar pull ups and wall balls and ramping that up as you approach competition season.

If you did well in the Open but not as well at Regionals, you probably need to focus on either developing the missing skills that Regionals exposed or on becoming more powerful so that you can go faster.

Photo 2 by By Sgt. Edward Eagerton via Wikimedia Commons.

Todd is the Owner and Director of Training at South Loop Strength & Conditioning, located in downtown Chicago. He trains both athletes looking to maximize their potential in sports like CrossFit and people simply wanting to look good, feel good, and move well. He blogs on program design, coaching, and the psychology of training at the SLSC blog.

Todd has a background as a chemical engineer, which gives him a data-driven mindset to training. He is also a continuing education junkie, holding a CrossFit Level 2, OPEX CCP Level 2, DNS Exercise Level 2, and USAW Level 2.