This month’s article deals with subtle changes to the off-season strength training program, mostly in the area of intensity. The bottom line remains the same: build a strong foundation. 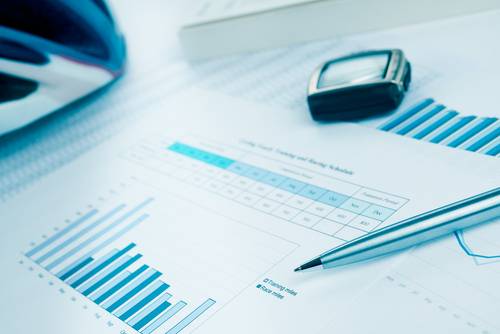 Note: This series of articles on off-season strength training for cyclists is predicated on readers utilizing each step of a periodized off-bike conditioning program. Please be sure to follow the suggestions in the previous two installments, “A Well-Planned Transition Phase” and “Building a Strong Foundation.”

We’ve now had at least four weeks of medium intensity weight work, with moderate volume (twelve or so reps), hopefully utilizing mostly free-weight movements that challenge your balance, in addition to muscular strength. Remember, we need this ground-based activity in order to strengthen the skeletal system. A good deal of research in recent years finds that osteopenia (a tendency toward osteoporosis) is common among endurance cyclists. One of the sure ways to combat this problem is to use weight-bearing, total-body movements with external loads.

The weights you used at end of your first month of foundation building are hopefully higher than those used at the start of this phase of training. Still, with recommended reps in the eight to twelve repetition range, cyclists are not necessarily gaining actual strength. Much of what has happened over the past two months is a simple matter of neural adaptation, or learning how to contract muscles against a load.

In order to keep off-season training improvements a priority for the New Year, we will continue with this type of training for another four weeks. There is no need for peak cycling performance in January or February, so optimizing the resistance training program throughout the off-season is the goal. Obviously, there’s a need to stay in shape on the bike, but it’s going to be months before anything resembling a race of importance comes along.

This month’s article deals with subtle changes to the program, mostly in the area of intensity. Riders may wish to experiment with different exercises this month, but the bottom line remains the same: build a strong foundation for the more serious strength and power training that comes next.

Whether or not your exercise selections have changed this month, the repetition protocol remains eight to twelve. However, this month, start with one twelve-rep set for warm up with about 60%, followed by one ten-rep set with 70-75%, and finish up with at least two, possibly three, sets with an intensity around 80% that allows for eight repetitions. If eight repetitions are easily and regularly accomplished, increase the weight slightly.

This greater focus on higher weight and fewer reps prepares for the strength phase that is to come in the next month. As always, use perfect technique so that cheating does not contribute to your effort. During this month cyclists should aim to improve their 8RM personal records in all major exercise categories. That means the load in the last set is heavy enough to allow eight, but not nine reps to be performed in perfect form.

This heavier weight and lower repetition format often triggers the fear in many endurance athletes that they will gain unnecessary muscular bulk. As stated in earlier installments of this series, it’s nearly impossible for the minimal amount of resistance training prescribed here to result in increased muscular size.

As always, a ride, indoors or outside, pre- or post-workout, makes sense. Although some cyclists claim their legs are exhausted after a weightroom session, the program offered here should not result in that reaction. For example, four or five sets of squats, which are all that is needed to show marked strength gains in an endurance athlete, should not create an exhausted state. After all, only the final set may be a repetition maximum effort.

Of course, if a rider decides to work harder on each set or to add sets or to add additional leg exercises, then yes, the legs may be shot after the workout. It is again emphasized that such additional effort in the gym is simply not needed in order for riders to improve their cycling performances.

The Need to Address Power

Thus far the off-season program has been pretty simple, working up from bodyweight exercises in the fifteen-rep range to moderate external loads and multiple sets of eight repetitions. We are still in the process of preparing the body’s muscles for the more intense strength and power work to follow.

In a periodized approach to training, you cannot look upon the different training phases as simple elements cast in black and white. There remain many shades of gray. Good riders know that for best results on-bike training during this time of the year must retain some elements of strength (climbing) and speed (sprinting). To do otherwise would be a blow to overall conditioning and result in needless catch-up work in the preseason. The same is true in the weightroom.

While pure off-bike strength and power work is at least some weeks or months away, riders should now begin to work in some elements of plyometric (jump) training. This does not need to be anything extensive, but beginning or ending a weight workout with five to ten minutes of jumping keeps a rider aware of their type II (so-called fast twitch) fibers.

If no jumping has taken place for a few weeks or months, please start easily. As always, several elements should be present before attempting lower body plyometrics:

You can start jumping as easily as jumping rope or with simple vertical jumps in place. A continuum of plyometric drills exists, but readers are again cautioned to start easily and progress slowly. To see elite track cyclists engaged in plyometric training, check my Dartfish channel (Cycling eBulletin collection).

Work steadily during this month and achieve legitimate improvements on all exercises. Next we’ll move to true strength training.