Want a Bigger Jerk? It’s All About the 2-Phase Dip

These two phases may not be distinct to the onlooker, but they are as far as the muscles are concerned. 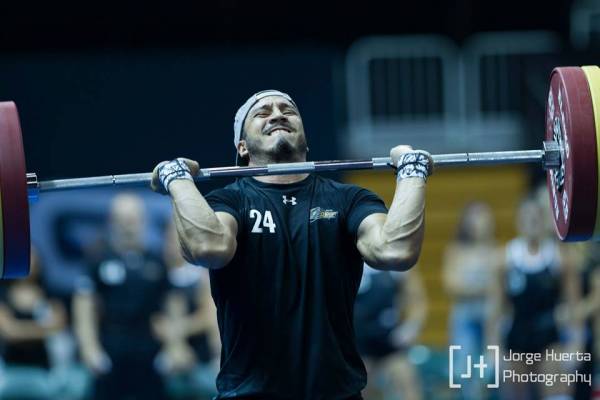 Recently, I wrote about a common error in the jerk – that of stopping at the bottom of the dip. Due to the response, I’m going to expand upon the dip so we might understand this phase of the jerk a little more.

The jerk is not a fast press. It is a lift unto itself. While the press depends upon arm and shoulder power, the jerk depends upon leg and hip power. Because of this, much heavier weights can be elevated in the jerk than in the press. In the press, there is no initial dip (at least, if the press is a strict one). But in the jerk, there is a dip. That is what the lift is all about.

Position the Elbows for the Jerk

Before get to the dip, it should be noted that the elbow position of a lifter will usually differ between the end of the clean and the start of the jerk. Because it is important to keep the bar in the rack position, it is important the elbows be high during the clean. But when the jerk it is started, it will then become important for the elbows to be somewhat lower so a more direct drive with the humerus can be accomplished.

As a consequence, most lifters adjust the bar after the clean and before the jerk. This is typically done by driving the bar off the shoulders and quickly readjusting as the lifter comes out of the clean. It can also be done after the clean, by taking a quick dip and tossing the bar up into a better position. But this is not as good an approach as the first technique. That extra little drive takes a bit of energy, and energy is in the jerk, especially after a heavy clean.

LEARN HOW: Rack Positioning in the Clean and Jerk (and How to Adjust Mid-Lift)

As far as the hands, the lifter need not hold the bar tightly during the jerk dip. It is sufficient for only the fingertips to be under the bar. The subsequent drive will send the bar upward and the lifter can then more completely grasp bar with the fingers during the bar’s ascent.

Control the Combined Center of Gravity

The jerk dip is essentially a quarter-depth front squat. Due to the bending of the knees, the center of gravity of the lifter and bar will move somewhat forward during the dip. It is still important for this center of gravity to remain between the heels and the balls of the feet. The heavier the bar is compared to the lifter’s plates, the more the center will shift forward. 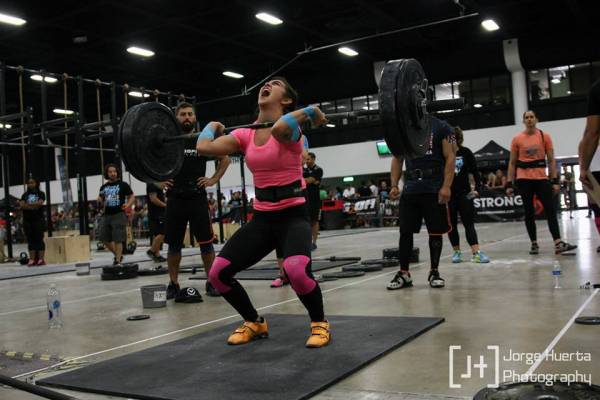 The Two Distinct Phases of the Dip

The jerk dip actually has two distinct phases. They may not be distinct to the onlooker, but they are as far as the muscles are concerned:

The bar should pick up speed over the course of the first two thirds of the dip depth. Total depth of the dip should be about eight to ten percent of the athlete’s height – or about seven inches for a male lifter of average height and slightly less for women. The bar will actually accelerate about four inches or so before the next phase should be contemplated. This acceleration is necessary in order to set up the drive upward.

If you’ve been keeping track, we’re now looking at only two to three inches of movement left before we have to change bar direction. That means the bar has to decelerate even more quickly than it accelerated. The lifter has to put on the brakes very suddenly. This will be felt most keenly in the lower quads, especially in the patellar tendons. These have to be strong in order to be a good jerker.

So in essence, the dip is a quick acceleration and even quicker deceleration down to the bottom of the dip. That’s when the party really starts.

Learn How to Change Direction Quickly

The barbell that has been stopped for a nano-instant must now be driven upward vigorously, changing direction seemingly instantaneously. This will take muscles, tendons, coordination, and reflexes.

“The quicker the athlete can change directions, the more force can be directed upward to complete the jerk.”

Another way of looking at the dip is as the eccentric portion of the lift. Before any explosive concentric movement can be done, an eccentric braking movement must be executed in order to allow this reversal to happen. We see this all the time in other sports. A quarterback has to cock his arm back before throwing a pass. An archer has the pull the bow back so it can propel an arrow forward. In order to jerk the highest possible weight, you cannot hesitate at this point. The quicker the athlete can change directions, the more force can be directed upward to complete the jerk.

And don’t forget the effect of all this on the bar itself. Olympic lifting bars have more whip than standard or powerlifting bars so this reactive force can be more fully utilized. The quicker the dip, the greater amount of bend the bar will display at the bottom of the jerk dip. But that bar is not going to stay bent. It will re-bend upward and this is the moment the lifter should start the upward drive. This adds a lot of height to the jerk and is utilized by all good lifters. 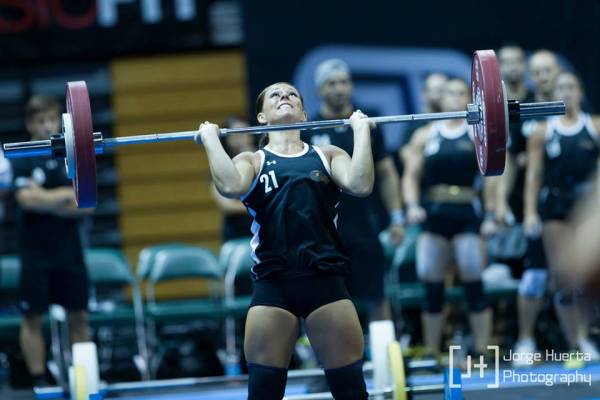 Utilize the Timing of the Dip

Sometimes the dip sees the lifter beating the bar to the bottom of the dip, resulting in the barbell crashing to the clavicles. The dip is too fast for the weight of the barbell. This mostly occurs with novice lifters. The barbell is still light compared to the athlete’s strength so a too-fast debt can leave a bit of daylight between the barbell and the lifter.

RELATED: The Benefits of Weightlifting Meets for Specific Skill Levels

Once again, we see the importance of a happy medium. Too slow and you won’t have enough power to do the drive. Too fast and you may beat the bar down and then have to deal with a still downward accelerating bar at the start of the drive. The timing of the dip is something best learned with practice. Some lifters are natural jerkers and learn the movement immediately. Others take more time to get the rhythm down. Practice and maintaining proportionate strength is important here.

There is certainly much more to talk about in performing the jerk. I will leave that to other days and maybe even other writers. The purpose of this week’s missive was to introduce new lifters to the idea of the two phases of the dip – accelerate, then break before changing directions. Many lifters are not aware of these dynamics, but those who are will be able to utilize them to better advantage.