The Benefits of Weightlifting Meets for Specific Skill Levels

While athlete growth has been significant, the growth in weightlifting infrastructure has not.

With the popularity of CrossFit and its use of Olympic lifting in its routines, we are also seeing a rise in people interested in entering an official weightlifting event. In addition to CrossFit, many other sports are now using the Olympic lifts as training aids. All of this has led to the revitalization of weightlifting competitions.

Whereas only a few years ago many of our events consisted of only one session of as few as fifteen lifters, today many event chairs are forced to cap their entries at fifty or sixty. This was unheard of until recently. While this is good news for those of us trying to promote the sport of weightlifting, it is not an unmixed blessing. While athlete growth has been significant, the growth in infrastructure has not.

The Time and Cost of Weightlifting Competitions

For starters, the obtaining of suitable venues is now more difficult. We used to be able to run our meets in a gym over the course of a couple hours. But with large entries that isn’t possible. We now have to rent a facility at some cost and more time is required for more competitors. That often means running into overtime, which again adds more cost.

“[It’s] up to us old-timers to sit down and determine ways to alleviate the traffic jam created by more athletes but no more competitions.”

Big events are also hard on the officials who have to be onsite all day. They become less efficient as time drags on and new people have to be recruited to alleviate some of the congestion in the officials’ chairs. This again takes time.

In any case, these are problems that we love to deal with. Many of us old-timers remember all too well the lean years. But now it’s also up to us old-timers to sit down and determine ways to alleviate the traffic jam created by more athletes but no more competitions. 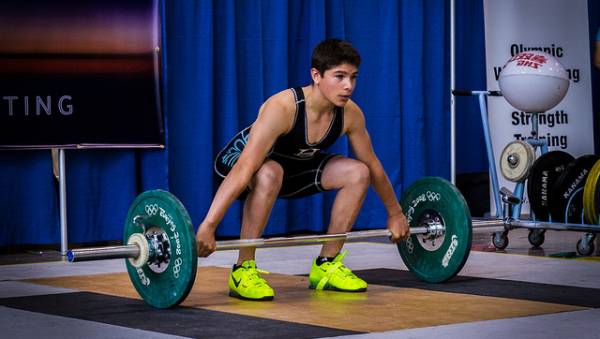 The Concept of Club Events

In my home province of Alberta (way up on the foreheads of North America for those of you who are geographically challenged), we have instituted the concept of club events. These are in contrast to the open events and championships that have been the norm in the past.

In Canada, we use an athlete classification system similar to those used in the old Soviet Union, the United States, and many other countries. We divide lifters into:

Qualifying totals at each level are established for both sexes and all bodyweight categories. Most newbies fall into the novice or class IV level. This matches with the fact that many of our weightlifting athletes are transient, coming from CrossFit or from no sporting background at all. They decide to give weightlifting a try and may or may not stay in the sport. This creates a problem when an open event is held. Such newcomers are numerous enough that they can make up twenty percent of a competition’s entry list, greatly adding to competition running time.

“[M]any of our weightlifting athletes are transient, coming from CrossFit or from no sporting background at all.”

The solution we came up with was to have club meets for the novice and class IV athletes. To compete in the open events, an athlete must have achieved class III or higher. (With women athletes this might be adjusted downward since the numbers are not so high and we are looking to increase female participation.) As for technical officials, we have always required a provincial level qualification in order to work our open events. With club meets, we are now allowing novice referees to gain experience.

RELATED: 7 Strategies for Success in Your First Olympic Weightlifting Meet

This last weekend, we held the first such club event in our province. It was held in one of our gyms with a minimal amount of preparation. We lifted on training platforms instead of the larger regulation ones. That alone saved a lot of work. 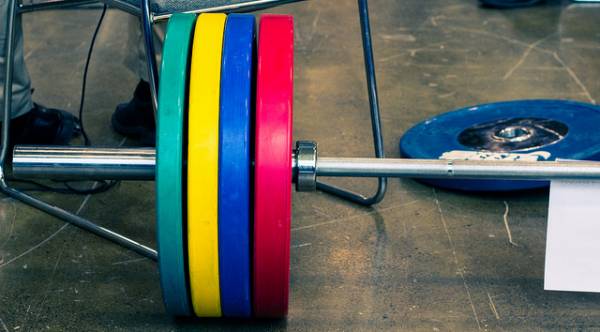 Clothing requirements for both athletes and officials were relaxed. This ensured that transient participants didn’t have to spend good money on a uniform they will only use briefly. Novice officials were used, and they obtained some valuable experience in a competition where little was at stake. I would far rather officials make mistakes at this type of event than at the bigger, more important competitions.

On the athlete front, some were still working on firming up their technique but still needed competition experience. They were able to get this without having a large crowd watching, where their errors might have proved embarrassing. Ditto for the coaches. This competition also allowed for a bit of experimentation with regard to attempt poundages and other tactical decisions. In fact, the whole event was a time of experimentation for all parties.

We are also able to train some new loaders. This is definitely the blue-collar end of weightlifting officialdom. These workers must not only load the correct weight, but they must do so quickly. Fast and efficient loaders will make or break a competition as far as running time is concerned. Because we were able to train new loaders at our club event, they will be able to work future open events. This is important because at the big meets we often have to rely on lifters who have finished their lifting to help with loading afterward. But nobody wants to load before they lift, so the first session is always a problem.

Weightlifting Competitions to Suit Everyone

Now that the beginner weightlifters have an outlet for competition, this also opens up the field at our open events. While they are still capped as far as participation, they will fill up with more advanced athletes. With more athletes of similar levels at both these types of events, both types of competition become a little more competitive.

Another advantage is that due to the minimal preparation needed, club events can be held more often than open events. This is important for novice lifters as they need a lot of competition experience in order to develop. Athletes can lift once a month in the club meets, whereas they would have to wait several months for open events. And with a decent training program, a new lifter will advance quickly enough that he or she will soon proudly graduate to the open events. This occurs when an athlete’s total finally elevates him or her to class III.

Another thing that becomes possible with these in-gym competitions is the enculturation of new athletes to the sport. Most newcomers are unaware of the protocols of competition. This includes weigh-ins, introductions, and medal ceremonies. Many such lifters go to an open event and are not sure of the procedures. We once had an athlete who wanted to weigh-in completely clothed while still fighting to make weight. She had no idea about nude weigh-ins and the importance of weighing as little as possible.

“With more athletes of similar levels at both these types of events, both types of competition become a little more competitive.”

Another problem often occurs when presenting medals. Bronze medals are presented first, creating a problem for many as they do not know whether to stand, on the left or the right or wherever. At a semi-private event they can learn this without embarrassing themselves at a higher-level event.

All in all our first informal in-gym competition went very well. It accomplished its goals and, best of all, we were out of there at a decent time. We introduced a number of new lifters and officials to the mysteries of the sport with minimal effort. Sometimes you have to be just as imaginative solving good problems as you do the bad ones.