Is CrossFit’s Definition of Fitness Flawed?

Are we truly crowned the Fittest on Earth or do we merely have the winner of a contest with a bunch of arbitrary variables?

At the very least, the definition of fitness should come, in my opinion, with a bunch of footnote references and asterisks.

The CrossFit Games purports to crown “The Fittest On Earth.” Through a grueling series of testing levels, potential comers are weeded out layer by layer until the Fittest on Earth is crowned at the end. CrossFit.com says: “Only the very best would advance to the final stage, the CrossFit Games.”

But what if the very best person doesn’t make it past one of those levels? What if the person most capable of “increased work capacity across broad time and modal domains” misses the podium because of a flaw in the testing process?

If so, have we truly crowned the Fittest on Earth or do we merely have the winner of a contest with a bunch of arbitrary variables?

Stated another way, the definition of “fitness,” as it pertains to the games, is a moving target. The reason: the tests are never the same and the variables are far too many.

As with the muscle ups in the master’s qualifier in April, the handstand walk has become the focus of intense debate as the regional competitions have unfolded. Why?

Because this one single movement appears to have shaken up the leaderboard enormously.

From Sam Briggs in Europe, to Stacie Tovar in the North Central, to great white hope Danielle Sidell in the Central East, each of these women turned in overall solid regional performances only to be blown off the podium by a handstand walk so anemic even I could do it.

Tovar was second in her region in the Open. Briggs was first in the world. The world! So, did Sam Briggs go from being the fittest person on the planet in March to only the fourth fittest in Europe by May?

As many Facebook posters put it, “You mean to tell me that [insert name here] is fitter than Sam Briggs because Sam only walked 65 feet on her hands?”

In order to unpack this issue we need to look at the definition of fitness as CrossFit states it. Fitness is “increased work capacity across broad times and modal domains.”

Put another way, it means doing the most work across a wide variety of tests, both in type, and in length.

This definition of fitness works well when you are testing yourself against yourself.

If my “Fran” time, my 1RM deadlift, my handstand walks, and my “Grace” time have all steadily improved when I test them every six months, by CrossFit’s definition, I am becoming measurably more fit. Why? Because save for a few minor variables such as sleep and diet, the testing markers are ostensibly the same. 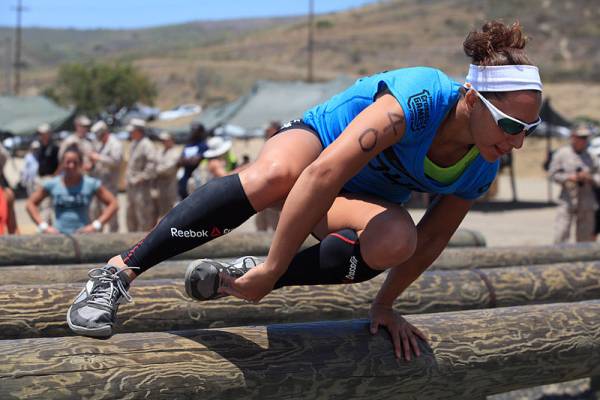 But this standard does not work as well when we begin introducing variables, and in the CrossFit Games process, the variables are many. Variables such as:

This one factor alone introduces an outside influence on the purported testable fitness levels of the athletes.

If the athlete with the easier judge wins the heat, then what has just occurred is a contamination of the testing results due to a huge glaring variable – human judging.

So the definition of Fittest on Earth just became: “increased work capacity against broad time and modal domains, provided judging standard are applied evenly to all test subjects.”

In the Open and at Regionals, scoring is based on placement. At the games level, at least last year, you received a higher weighted point value for a better finish in a particular workout.

In other words, first place gets 100 points, second place 95, but then once you get to ninth, tenth, and eleventh place, the point values are in two-point increments, meaning you get more points for a first, second, or third place finish.

Imagine the changes this one scoring difference might have had on regionals. Using the same scoring that was used at the CrossFit Games, the European female division would have looked like this:

As you can see, Bjork and Sam trade places from the actual finish, and Briggs goes to the games.

This man-made, arbitrarily applied scoring process that differs over the course of the test certainly plays a role in the outcome. Ergo, the definition of fitness is now: “increased work capacity against broad time and modal domains, provided judging standard are applied evenly to all test subjects and depending on which scoring metrics are being used.” 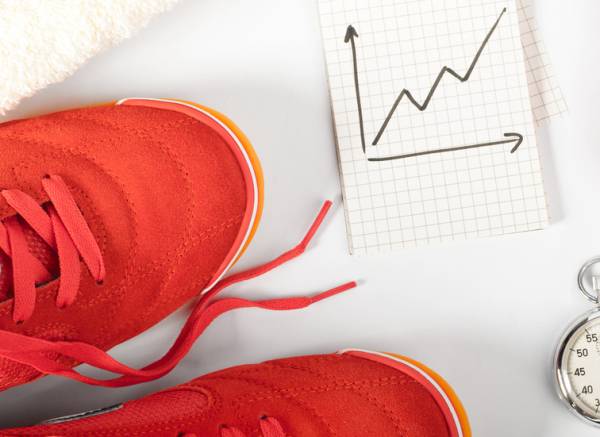 Length of the Testing Period

How broad is “broad”? If the definition of fitness is that you can do more work when tested against “broad time domains and modal domains,” how broad does that have to be to ensure that the fittest has arisen?

If you look at the stock market, you may see that today, even this week, the market is down. But if you pull back to a year, or ten, you may see a trend up.

Now, apply this theory to the sport of fitness. Dave Castro seemed rather proud of the fact that he rooted out a hole in Brigg’s game with the handstand walks, but what happens if you extend the time domain out further?

For example, as in the master’s qualifier, what happens if you carry over the athlete’s placement from the Open as his or her first score of Regionals? In this case, Briggs starts with a one, and Annie with a 28.

What we have done is expanded the test period to be much broader. If “broad time and modal domains” is to be the true scale, why squeeze the test into a weekend and then even further down into a single workout?

If I take on Rich Froning in a workout today and beat him, am I fitter than Rich? Perhaps, for that very short testing period. But extend that period out a week, a day, a year, and there is little question who is more fit.

In the case of the CrossFit Games, you need to extend “broad” to include the entire testable period, which means carrying over scores from the Open to Regionals.

This makes the testing period truly much broader, and accordingly, a much more accurate representation of who is truly the fittest.

If a single workout can scuttle a competitor, then you’re not testing against “broad time and modal domains.” 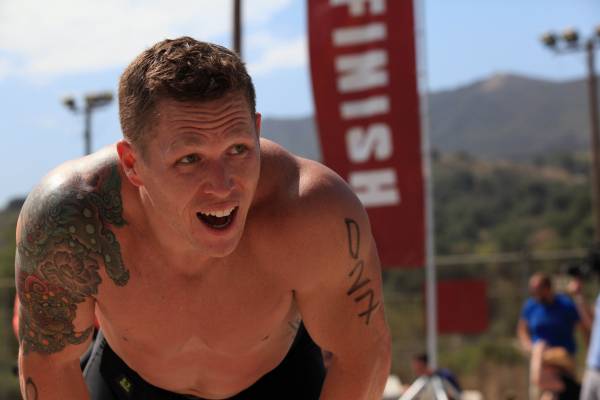 There are more variables. Geography. Performance-enhancing drugs. All of these is variables are fine, mind you – so long as it’s agreed we’re not really crowning “The Fittest on Earth,” but the winner of a contest that has multiple qualifying layers, a massive human element, and scoring idiosyncrasies that may affect the ultimate outcome.

The “cream always rises” defense does not apply when individuals can intervene to alter the results.

Which makes Dave Castro’s statement that “the right people are going to the games this year” rather meaningless.

The right people being the fittest people or the people who won Regionals? There is a difference.