It happens a lot in the clinic where I work. It happened yesterday, in fact. We rehab a high volume of athletes and a decent active adult population, so it makes sense. To them, we’re the authorities on the way the body works.

They trust us, many of them more so than their own coaches or doctors, so I understand. The problem is that every time it happens, I’m not exactly sure what to say.

“So, how do you guys feel about CrossFit?”

What they’re looking for is our opinion on the great debate: is CrossFit dangerous? But the answer becomes increasingly complex. Do I address the issues involved in the certification process that extend well outside of CrossFit? Do I point out that due to the nature of the affiliate model the quality of instruction can vary widely between boxes? What about the non-games CrossFit competitions being hosted by individuals with a weekend cert and no background in programming or basic physiology? Do I talk about the specific risks those entail?

The trouble with this topic is that many of those seeking an answer lack the technical background to understand it when given. Luckily you guys don’t have that problem. I think we can all agree that carelessness causes injuries. It doesn’t matter if you’re on the field or in the weight room. What I hope you’ll also agree with is that despite this simple truth there are a few aspects of the CrossFit culture that can be quite dangerous when left unchecked.

The No Pain, No Gain Mentality

This mentality is hardly unique to the CrossFit community but it is something that seems to be prevalent in the more extreme exercise crowds: powerlifters, adventure racers, CrossFit athletes, and the like. There are numerous studies that demonstrate intensity is the most important variable in inducing exercise adaptations. I’m all for training like a savage. That’s not what I’m talking about. Despite what common usage may imply, training hard and training through pain are two wildly different things.

A few years back I was at a continuing education course and I met a trainer who was wearing a brace on her knee. Not some Rehband knee wrap, but one of those $1,200-dollar Donjoy ACL re-injury-prevention gizmos. Anytime I see someone in a brace like hers my physio-nerd bells go off and I want to know everything about what happened, how it happened, and what was done to fix it.

This particular woman didn’t have any story really. It was an “overuse” injury. But she was proud of how she never let it stop her. She just worked right through it. Even when she tore her rotator cuff some months later, she just kept on working out. In her mind she sounded tough. She thought she was just the epitome of perseverance.

The truth? She was being foolish and shortsighted. Her attitude about training through pain had earned her two surgical limbs from what were likely entirely preventable injuries. 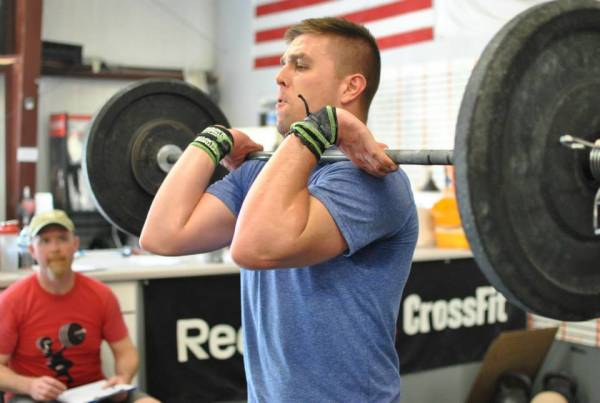 ACL tears are usually the result of systematic tissue abuse combined with unpredictable live-play events. No one should ever need surgery just from workouts. No one. Poor form and bad movement patterns are what lead to injury. If you aren’t an athlete and you don’t compete, there simply isn’t any reason for you to be injured – ever.

Let me reiterate that once more just to highlight how important it is: If you are getting injured from working out, you are working out wrong. If you’re in pain all of the time and the only option your “coach” can give you is to push through it, it may be time to seek a second opinion.

Pain is an important indicator and something you need to familiarize yourself with. You need to know the difference between the pain of muscle, nervous, and cardiorespiratory fatigue, and the type of sharp, stabbing pain that indicates joint damage. Simply ignoring your pain is not an option. I don’t care what your silly t-shirt says.

If you are in the same type of pain in the same joints during the same movements, it’s because you’re doing something wrong. Working through it will just reinforce your poor movement patterns and further contribute to the issues you have. Stop doing what you’re doing and address the issue. I don’t care how many more minutes you have to AMRAP. Your body is your priority, not your score.

One of the things that attracts people to sports like CrossFit, powerlifting, and Olympic lifting is that you get to learn how to toss heavy weights around. Getting people to build programs around heavily loaded, universal movement patterns is fantastic. Coaching that favors getting those five extra pounds despite the fact the athlete barely has the hip mobility to hit a bodyweight squat to depth? Not so much.

There is an enormous difference between grinding out the last rep of a tough work set and simply using completely incorrect form to accomplish a given movement. Pressing out an overhead lift, for example, should never be allowed. It’s not about being a stickler for arbitrary rules. It’s about acknowledging that your shoulder is not in a stable pressing position at the top of a snatch and trying to press from that position will wreak havoc on the joint. 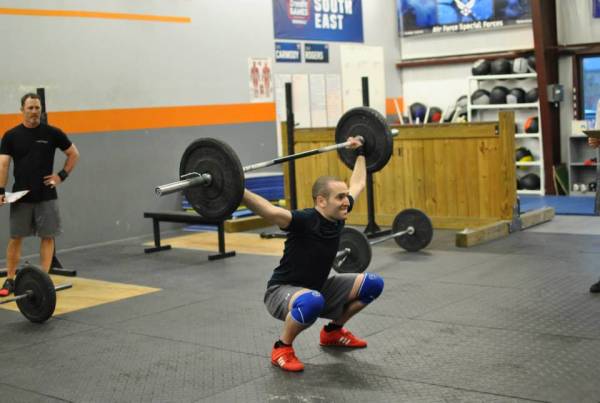 The same principle applies to a jerk, but for a slightly different reason. The purpose of a jerk is to lift a weight overhead that is too heavy for you to outright press. You knew that going into the lift, so why, when you missed using the technique that bypasses your weaknesses in pressing, are you going to try to press it out? Do you see how incredibly silly that is?

Fighting for position is dangerous as hell. Failing is free. I’ve seen far more trips to snap city from people refusing to drop the bar than I have from people who know how to bail properly. Cultivating a culture that refuses to give up and fights for every lift is careless and dangerous.

Chasing personal records is one of the great joys of lifting. I’m not criticizing an approach that involves prioritizing big numbers and steady progression. But if you decide the number matters more than everything else, you’re not going to progress. You’re going to get hurt. The most dangerous aspect of extreme fitness is people chasing big numbers and advanced movements without any respect for the process or the mechanics to achieve them. Proper form is paramount and steady progression with respect to form is the name of the game.

The Art of Compromise

That being said, every now and then it is acceptable to compromise your technique just a little bit. What?

Yes. I just directly contradicted myself. Hear me out. There are plenty of things that high-level lifters do that I would not recommend for everyday training. Dan Green and the Chinese Olympic weightlifting team are all about knees in on a squat, for example. I would never recommend this as a general approach to squatting. In the hands of an experienced lifter, however, this technique can help bump up your numbers. 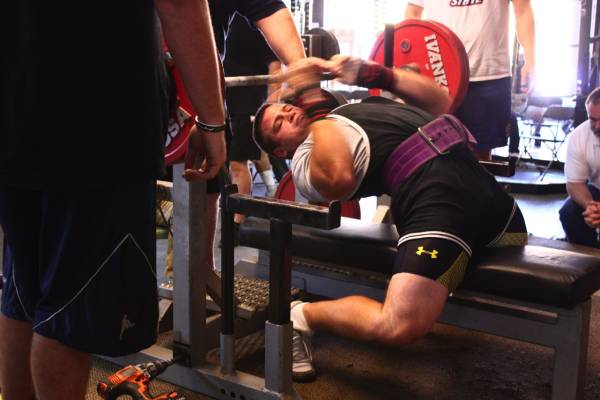 The same goes for letting your shoulders round when deadlifting or using a back arch that would confound a cat when benching. These are all legitimate ways to increase your numbers. The problem lies in teaching athletes who have only been training seriously for three months to use these same techniques and attack the bar on every lift when they’ve only just grasped the idea of midline stabilization.

I love the back-to-basics trends in the current fitness climate. Bodyweight is great and barbells are even better from a strict, functional-strength perspective. Trying to show the world that this stuff is for everyone and can be done by anyone is also positive as long as it’s done with care. I think there are a lot of great things to say about CrossFit, and with a little more attention paid to these problems, it can only get better.