You train. You try to eat clean. You dedicate free time to reading about fitness. This stuff matters to you. So, tell me, why are you still intent on sabotaging your fitness?

Maybe it’s the way you sit. It could be the way you use your phone or how you watch Netflix. Sometimes the worst positions we find ourselves in aren’t physical but mental. Faulty mindsets yield faulty habits and suboptimal results. The bad news is you’re probably guilty of at least one of these things. The good news is it’s entirely within your power to fix these problems.

RELATED: Posture Hack: How to Have Better Desk Posture (Video)

I work with a variety of patients and clients whose goals are every bit as diverse as their demographics. These are a few of the most common habitual faults and thoughts I’ve encountered – and the solutions for you to implement.

You Believe in “No Pain, No Gain”

Most things worth doing are going to require hard work. This is true. Hard work is not always pleasant and will likely take a great deal of discipline and drive. Also true. What I don’t understand is when we decided that hard work and pain are the same thing and that we should use the same language to talk about them.

You might have used improper technique and the pain was the result of a bad position. It’s also possible you’ve been using bad positions and poor technique for so long that your labrum is two faulty push-ups away from becoming confetti. It seems obvious that knowing the difference could be useful.

Generally, we’re pretty good at judging whether we’re damaging ourselves. But most of us ignore these signals because we’ve been taught to do so. Stop ignoring them. You’re doing yourself zero favors by soldiering through that seven-out-of-ten shoulder pain every time you do a pull up.

Pain and inflammation are self-propagating. They won’t just go away if you keep inciting them over and over, no matter how tough you are. But with a little self-awareness and practice, it’s not difficult to recognize what you’re feeling. It is your body, after all. 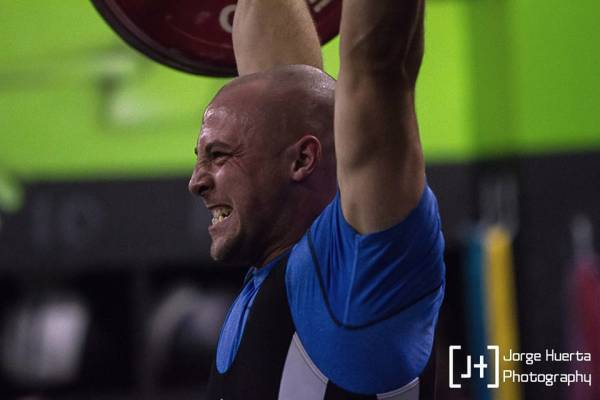 This is not an invitation to embrace your inner candy-ass and shy away from hard workouts. It’s a simple truth. If you’re serious about your fitness, then you need to learn the difference between hard work and pain.

Why? Simple. A training session is a controlled environment.

Someone once told me that he believed injuries are random. That no matter what you do, if you train hard, you’re going to get hurt. He said it’s like driving a car. Even the best driver in the world has a chance of getting into an accident. I actually think it’s a great metaphor, if a bit lacking in depth.

“When you have complete control over the load, movement selection, technique, and rest intervals, it doesn’t make sense to assume the injury was the result of another factor.”

An athletic competition is like driving on the road. Even if you maintain your car and drive with care, you’re still subject to the actions of other drivers. Training is like practicing in an empty parking lot. You might scuff your bumper from time to time, but if you total your car in an empty parking lot, then I think we can safely say you did something wrong.

When you have complete control over the load, movement selection, technique, and rest intervals, it doesn’t make sense to assume the injury was the result of another factor. I’m cool with training like athletes and working out in a competitive environment. But let’s stop using that as an excuse to ignore the flaws in our approach.

RELATED: 10 Ways to Plateau, Burn Out, and Avoid Getting Strong

A few days ago I was hanging out with my friend and his fiancée. She asked me why she was having intermittent knee pain and pointed to the part of her knee that hurt. I know her pretty well, so it wasn’t hard to guess. I repositioned my legs and asked her if she ever sat that way. Her response, “Yeah, all the time. Why?” 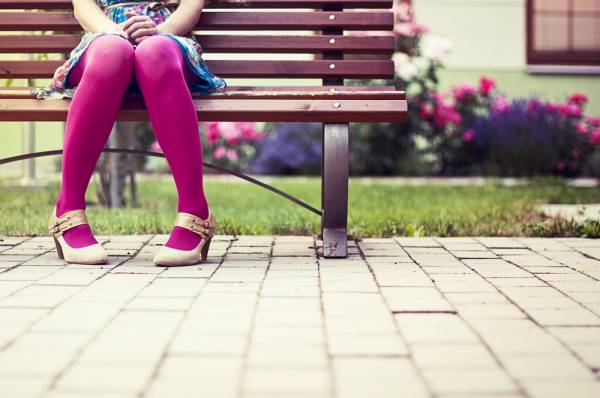 Sitting with your knees together and your feet apart and underneath you is just asking your knee to be angry. It’s knee valgus. This position is the same thing that every coach cues their athletes to avoid in any squat-based movement.

RELATED: Moderating the Knees In Versus Knees Out Squat Debate

While you might not be doing it under heavy load, you’re probably doing it for an exponentially longer duration than you would in a set of squats. Siting like this shares many of the same risks and negative effects that active knee valgus presents, including a wonderful predisposition to utilize poor motor patterns and further jack yourself up.

This passive seated posture is so pervasive that when I Googled the wods “girls sitting,” I found numerous examples. In fact, when I told my friend’s fiancée how to correct her problem, she said, “So, I should just sit like a dude then?”

“While you might not be doing it under heavy load, you’re probably doing it for an exponentially longer duration than you would in a set of squats.”

I’m not advocating one extreme or the other, nor am I claiming that “dudes” can’t suffer the same issues from the same position. The point is that the problem is incredibly common. If you ever find yourself sitting like this, you should stop and get into a better position immediately. And while you’re at it, you should probably stop standing with all your weight on one foot and your hip pushed out to that side, too.

After the success of my last Google exploit, I decided to then search for “standing and texting.” I was treated to a plethora of images, all showcasing people smiling and staring at their screens with their head hanging on their traps and their shoulders internally rotated. 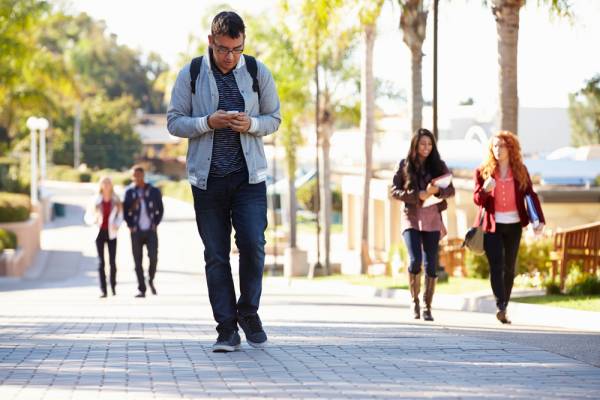 I imagine you’ve heard how desk posture can be bad for your body. Using your phone with this same posture may not have the same effect on your hips when you’re standing, but it’s every bit as bad on your shoulders and neck.

Hands in, elbows out, shoulders forward, head forward and down. It’s almost a list of exactly where you don’t want your shoulders and neck to be. It puts all of the muscles in your upper back in a long-term, passive stretch that effectively shuts them off. This can result in anything from poor performance and shoulder stability, to crippling anterior shoulder pain and tension headaches. Don’t do it.

“Hands in, elbows out, shoulders forward, head forward and down. It’s almost a list of exactly where you don’t want your shoulders and neck to be.”

Pull your shoulders back, keep your head up, and hold your phone in a position that doesn’t require you to stare at the floor. (I’d say you should also stop looking at your phone for so long, but then how would you find my articles?)

Your Habits Define You

Our habits, mental and physical, define a large part of who we are. If you can kick any of these, you’ve just defined yourself as a stronger, fitter, more functional human. Congratulations on the upgrade.